Domestic violence resources available and fully operational, COVID or not

Day One Emergency Services puts survivors in touch with the resources they might need. Police also say they are available to help, 24/7. 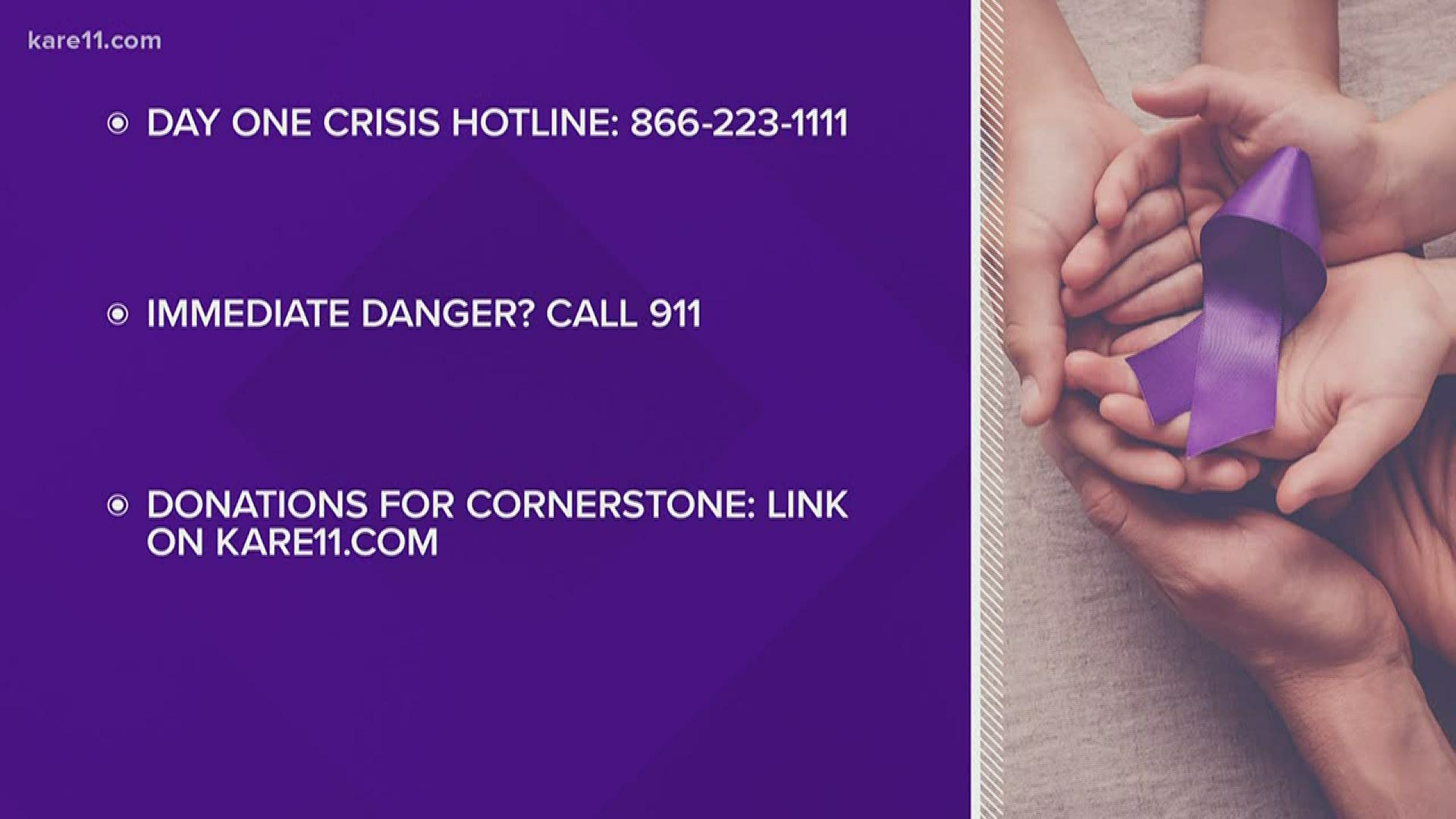 Last week, a Maple Grove man was charged with murder after he allegedly killed his wife.

Investigators say 28-year-old Maria Pew died in the hands of her husband. In honor of her life, Pew's family has put out a plea for donations to benefit Cornerstone, an organization dedicated to Emergency Domestic Violence services around the state. Cornerstone runs Day One Emergency Services.

The Stay-at-home order has made it a difficult time for all, but unimaginably so for those who might be sheltering in place with someone who is hurting them. However, both law enforcement and domestic violence resource providers in both Minnesota and Wisconsin say they are available to help, COVID or not.

In Hudson, Wisconsin, the numbers tell a story.

"I actually went through and did a three-year average over the same time frame, from January to April of the three years prior and compared that average with this year's numbers and there's been an increase in every category," Hudson Police Chief Geoff Willems said.

"The longer I think we stay in this lock-down period, the longer we continue to isolate with only family members and that sort of thing, I think the volatility gets turned up in those cases," Willems said.

That narrative isn't just one that fits Hudson. Meg Schnabel, the Executive Director of Cornerstone said she's heard similar things from Minnesota in the past few weeks.

"I do know that police chiefs in Hennepin County have indicated that they have seen an uptick in domestic violence calls," Schnabel said. "So there certainly has been, but we will over time know how much this is related to COVID or not but certainly it's a concern."

Schnabel explained it's even more of a concern because the stay-at-home order might be the very thing that's dampening the call numbers.

"It is sometimes more difficult for survivors to be able to access phones, calls and chats during this time," Schnabel said. "Because they're often at home in a private space with someone who has been harmful to them."

She said she immediately felt fear for survivors when the stay-at-home order was announced.

"I think anyone who is doing this work has fear for those who might be in need and can't access help," Schnabel said.

However, both Schnabel and Willems emphasized that during this time, emergency services and court services are still fully operational.

"Phones and crisis lines are available, shelter is available, support to access orders of protection through the courts are still available," Schnabel said. "It's important to know that they know they can do that."

"If you have a question about something, if it's how to proceed with your own intervention, your own crisis or if there's something-- concerns about a neighbor or a friend-- that's what the police do," Willems said. "We are there to work in conjunction with the community and help solve problems."

If you are in a positive to give to emergency services like Cornerstone's Day One Emergency services, Pew's family fundraiser can be found here. If you would like to read more about Maria's cause, you can do so here.