Thirty-six tons of play dough sound excessive? Not for the U of M Masonic Children's Hospital. 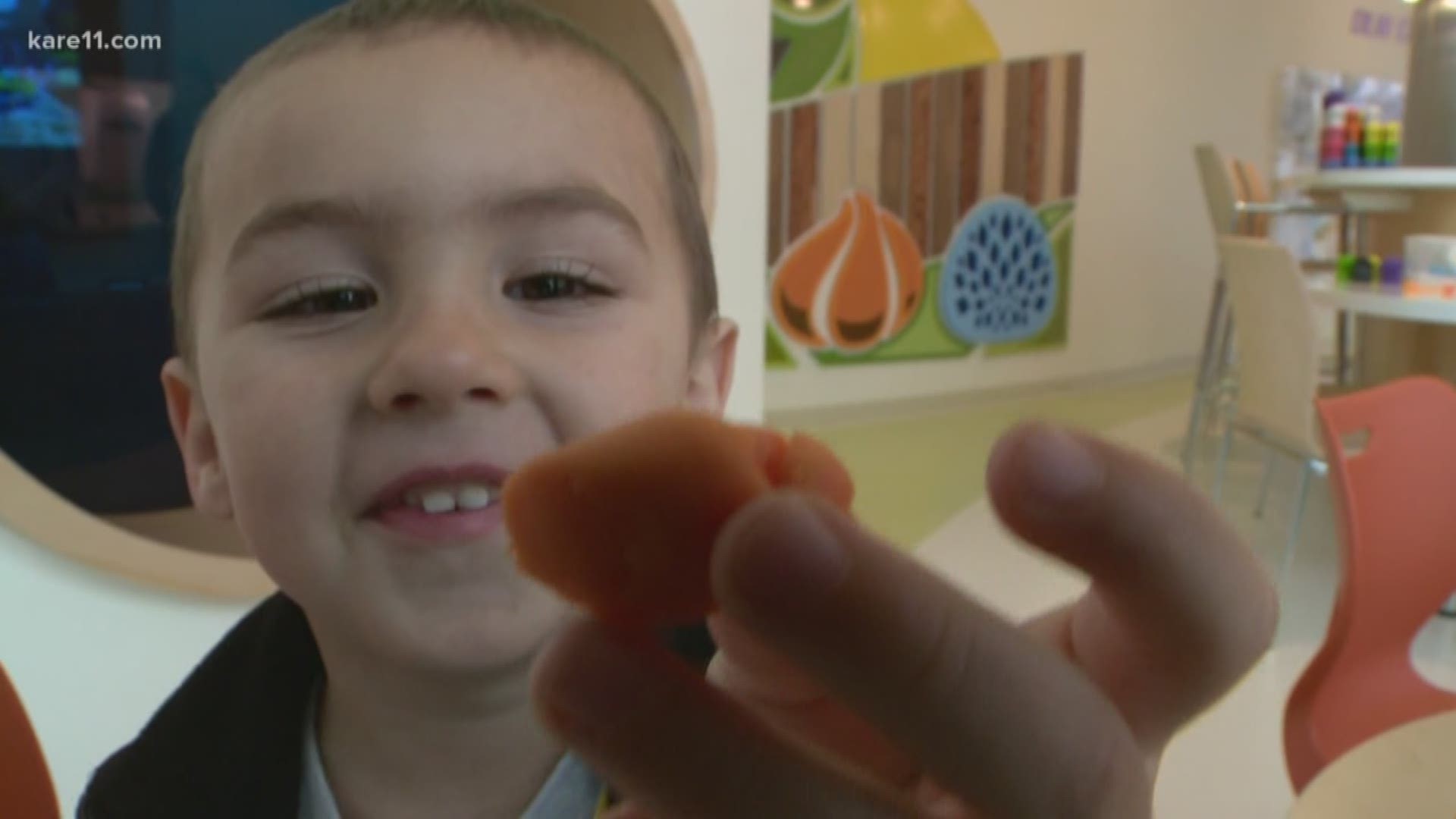 But, oh baby, not the one that rolled in last Friday: two semi loads of play dough – 36 tons in all.

“I don't think we're going to have an issue restocking our play dough for a long time,” said Nick Engbloom, the hospital’s director of community partnerships.

Engbloom says the Crayola Dough had been destined for Toys R Us, before the company declared bankruptcy. More recently, it’s been sitting in a warehouse in Seattle.

Another toy company, Toysmith, offered 58 pallets of the warehouse play dough to U of M Masonic Children’s.

“And I said, ‘Absolutely,’” Engbloom recounted.

On Friday, the pallets of play dough were off-loaded from trailers donated by GlobalTranz into warehouse space donated by Woodchuck USA.

A third-of-a-million cans of play dough may seem excessive, but children’s hospitals go through a lot of it.

To prevent the spread of infections, toys in common areas must be cleaned between uses. Play dough can’t be easily cleaned, so must either be given to the last child who played with it or thrown away.

“We have a large play dough bin in our office actually, and we'll have months that it actually sits empty because we're out of play dough,” says Ashley Wunderlich, a certified child life specialist at U of M Masonic Children’s.

No more empty bins, as kids at U of M Masonic Children's Hospital are rolling in dough.