Driver shot at on I-35 shares his story

"The bullet missed me by about an inch," Michael Swonger says. 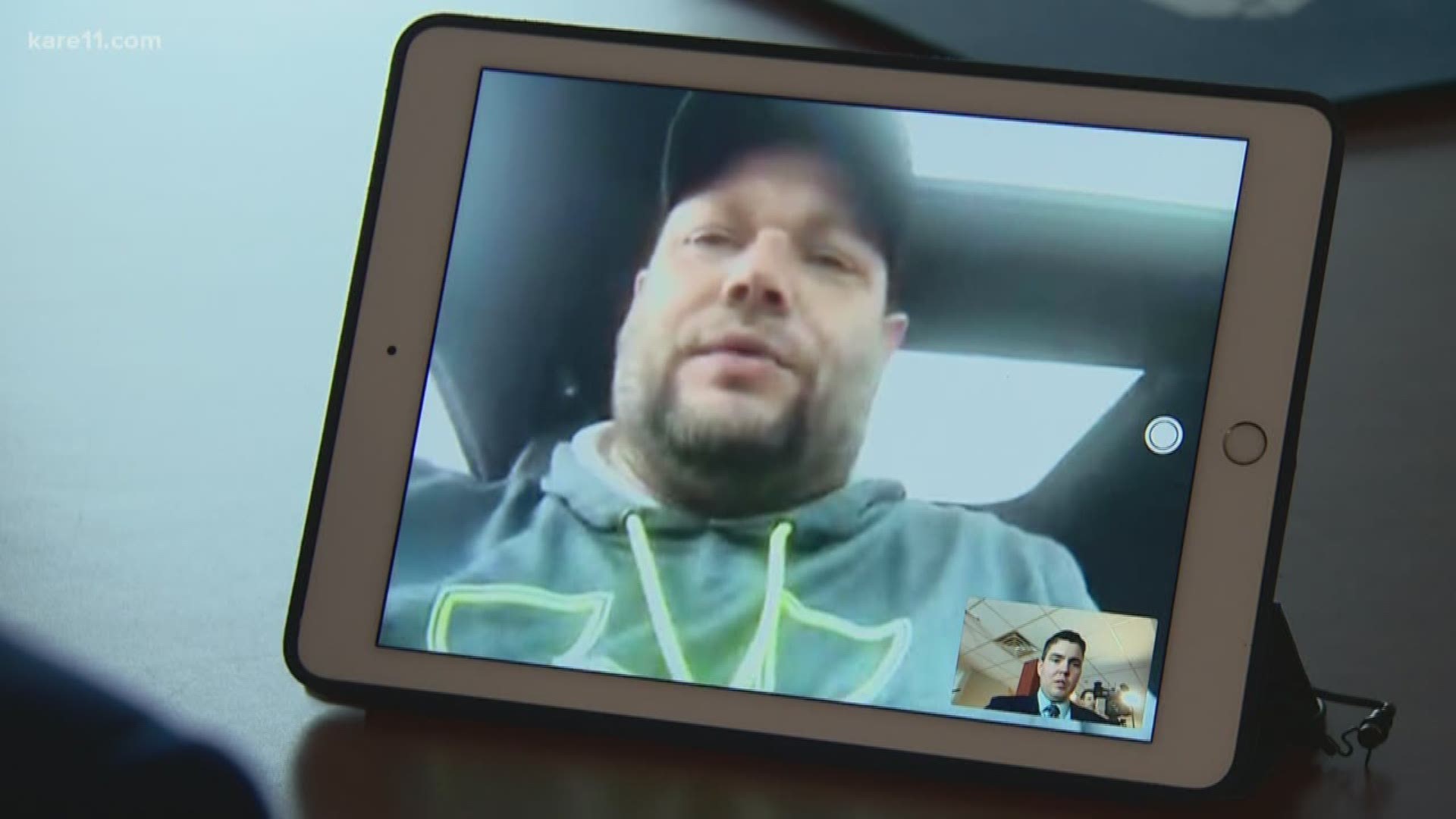 WYOMING, Minn. — In weather like this, the roads can be dangerous with snow and ice, but on I-35 near Wyoming Friday night, Michael Swonger was put in a different kind of danger.

"Someone shot through my door," Swonger says.

A shot he never saw coming.

Swonger was on his way home to Wisconsin when another driver fired a single bullet at his truck.

"My passenger door, right where the handle is, it went through my door handle just kind of shattered. Pieces fell on my lap," Swonger says.

The Minnesota State Patrol says it happened around 2:15pm Friday.

A 26-year-old man from Forest Lake fired one bullet at a passing truck and then sped off.

Troopers caught up with him a short time later and arrested him.

RELATED: Charges filed in I-35 shooting

The State Patrol won’t comment on why the shooting happened, but Swonger says there were no arguments or road rage between them, he claims the driver just randomly opened fire.

“We weren’t stopped or anything like that. Everybody was going about 40 or 45 miles an hour and I was just driving by him,” Swonger says.

After the shooting Swonger says the other driver took off.

“I called 911 and followed him and I watched him go into the ditch,” Swonger says.

At least two other cars were also in the ditch.

Swonger says it caused a chain reaction, which ended with a 35-car pileup.

“I’m lucky to be here. It could have been a lot worse.”

Credit: Michael Swonger
"My passenger door, right where the handle is, it went through my door handle just kind of shattered. Pieces fell on my lap," Michael Swonger says.

The suspected shooter is being held at the Chisago County Jail.

Charges will be filed early next week.