Investigators say 21-year-old Colten Treu and his passenger admitted they had been inhaling chemical vapors before the fatal incident, a practice known as huffing. 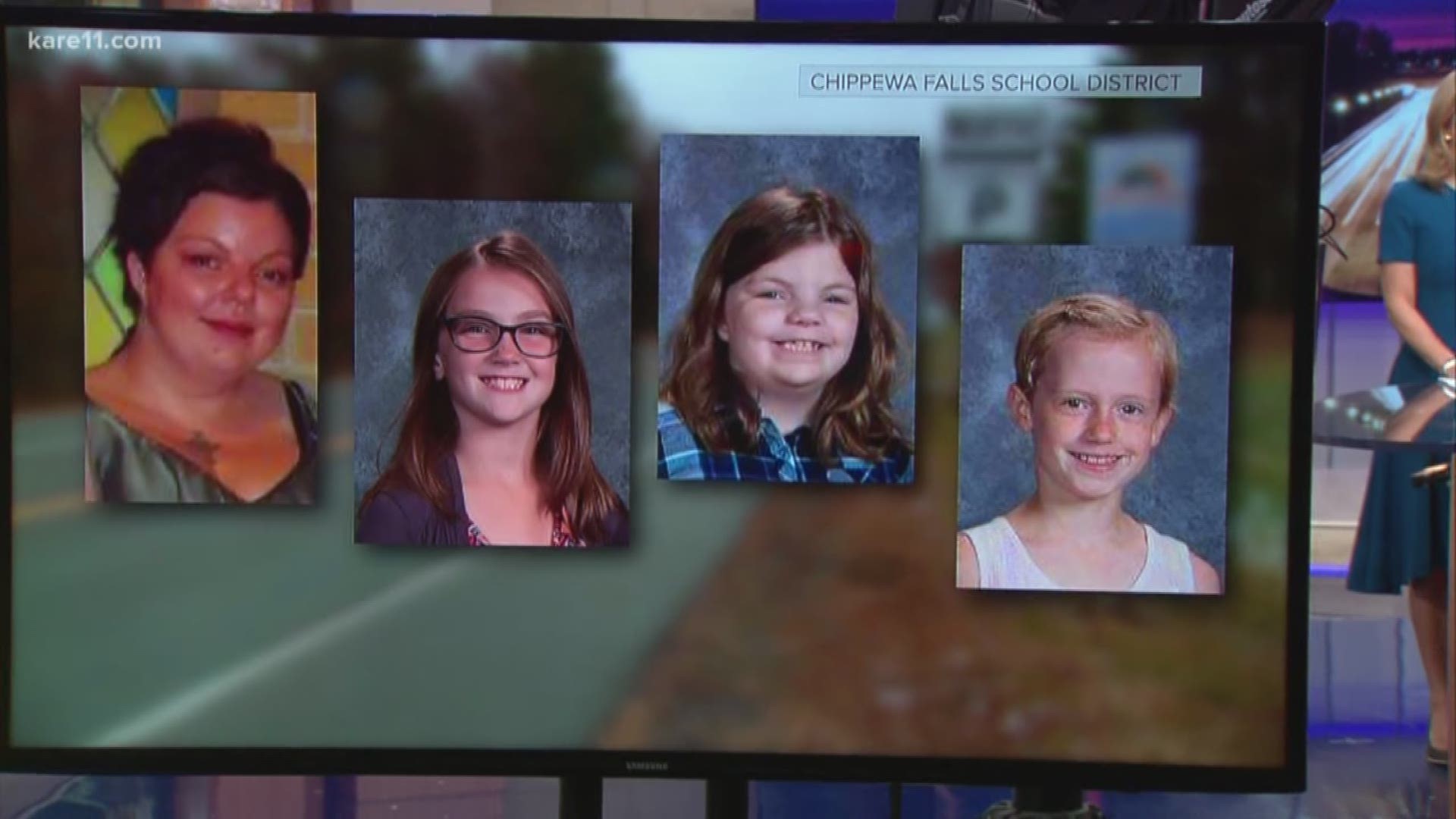 CHIPPEWA COUNTY, Wis. - Prosecutors in western Wisconsin say the driver of a pickup truck that struck and killed three Girl Scouts and one of their mothers on a rural highway Saturday was intoxicated after inhaling aerosol chemicals, a practice commonly known as huffing.

That driver, 21-year-old Colton Treu, took part in a video hearing to set his bond at $250,000 Monday morning. In court Chippewa County prosecutors said Treu was involved in a similar incident in Rusk County back in September, where he rolled a vehicle. He was arrested for possession of drugs including methamphetamine, and operating a motor vehicle while intoxicated.

Prosecutors expect the official criminal complaint to be filed by tomorrow, when Treu is set to make another court appearance. Among the charges will likely be four counts of criminal vehicular homicide.

The fourth-graders and a mother were collecting trash in Lake Hallie Saturday morning when they were struck by the truck. The driver, identified as Colten Treu, sped away, but a sheriff's investigator was able to track dripping vehicle fluids nearly two miles to an address in the city of Chippewa Falls. Treu and his passenger were not at the home, but both later surrendered to authorities. Investigators say Treu and his male passenger admitted they had been inhaling chemical vapors before the crash, a practice known as huffing.

Treu is being held on 13 possible charges, including four counts of homicide by intoxicated use of a vehicle.

A GoFundMe for all four families has been created by Charlie Walker, the head of the county's economic development agency. Walker works closely with Jayna's father, who is the county highway commissioner.

Walker said his office fielded a lot of calls over the weekend with people asking how they could help.

The girls were members of Troop 3055 in nearby Chippewa Falls.

"It’s unbelievable. You just stop and you think this can’t have happened. It didn’t happen in Chippewa Falls. It doesn’t happen here," said Sherry Jasper of the Girl Scouts NW Great Lakes.

Eliopoulos said the schools of the victims will have crisis teams to offer support for students and said Chippewa Falls is a tight-knit community.

"There are a lot of people hurting for our children right now," Eliopoulos said.

The victims were struck Saturday morning while picking up litter in Lake Hallie, which is 90 miles east of Minneapolis and just south of Chippewa Falls.

All the girls were fourth-graders, one attended school at Southview and two at Halmstad Elementary School, according to school officials. Counselors are at both schools Sunday afternoon.

Lake Hallie police Sgt. Daniel Sokup says the pickup crossed a lane and veered into a roadside ditch, striking the victims, including a girl who survived but remained in critical condition as of Saturday night.

Police in Wisconsin say three young girls and a woman were killed in a hit and run accident Saturday morning.

Police say the 21-year-old male driver of the pick-up truck, who is from Chippewa Falls, sped off but later surrendered.

Troop 3055's regional council, the Girl Scouts of the Northwestern Great Lakes, expressed its condolences on Facebook and said a vigil will be held Sunday evening. The vigil is at 6 p.m. at Halmstad Elementary School.

KARE 11 6pm and Breaking the News