Driver who died after chemical leak in delivery truck identified

A witness tells KARE 11 that something caused a chemical tank in the back of the delivery truck to begin spewing. When the driver jumped out and ran in back to see what was causing the problem he was overcome. 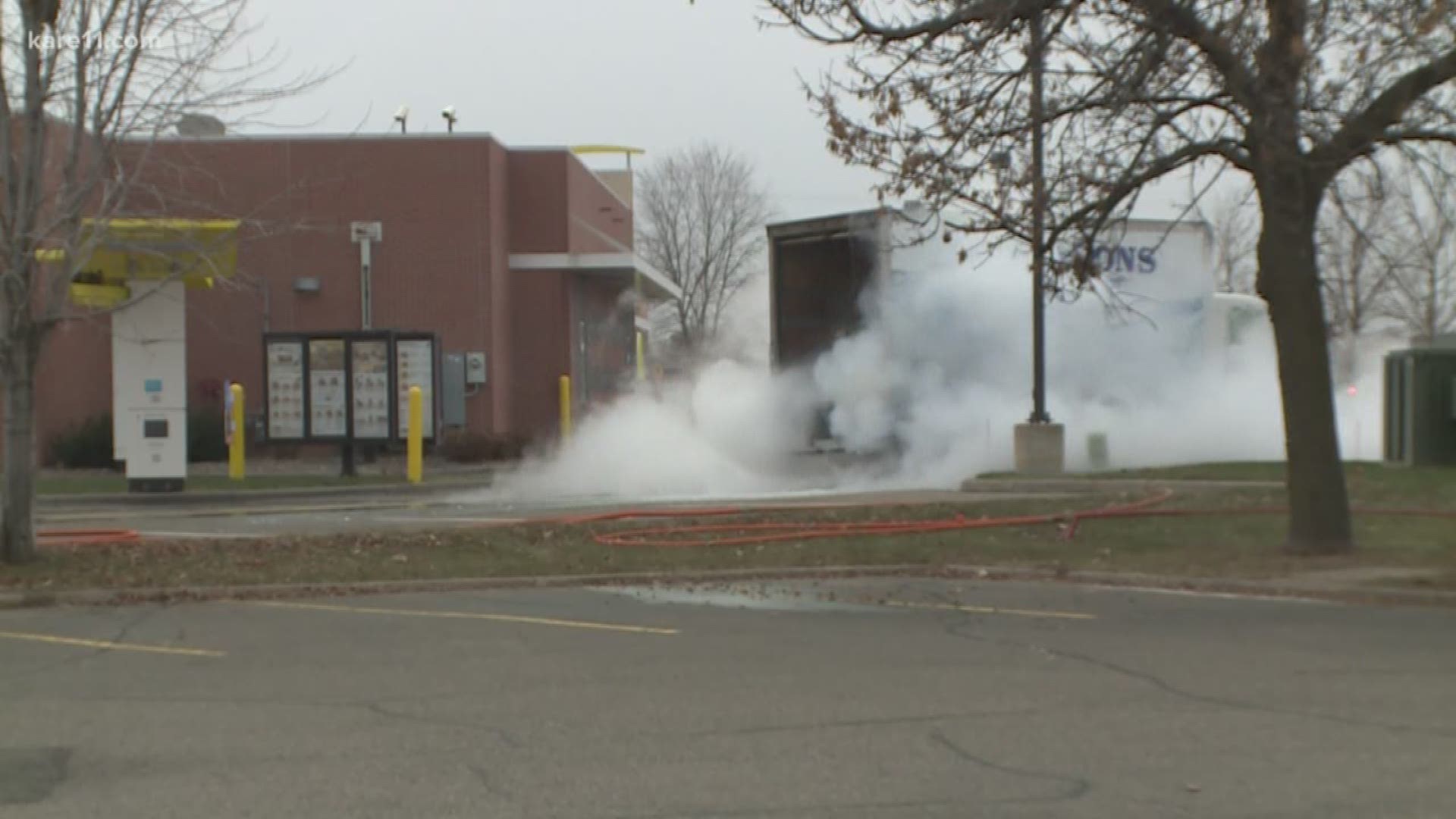 SPRING LAKE PARK, Minn. - The man who died due to a chemical leak Nov. 21 in Spring Lake Park has been identified by the Anoka County Sheriff's Office.

The man has been identified as Amos Bordia Hagbe, 58, of Brooklyn Center, MN.

Hagbe died after apparently being overcome by a chemical leak in the back of his dry ice truck Wednesday. 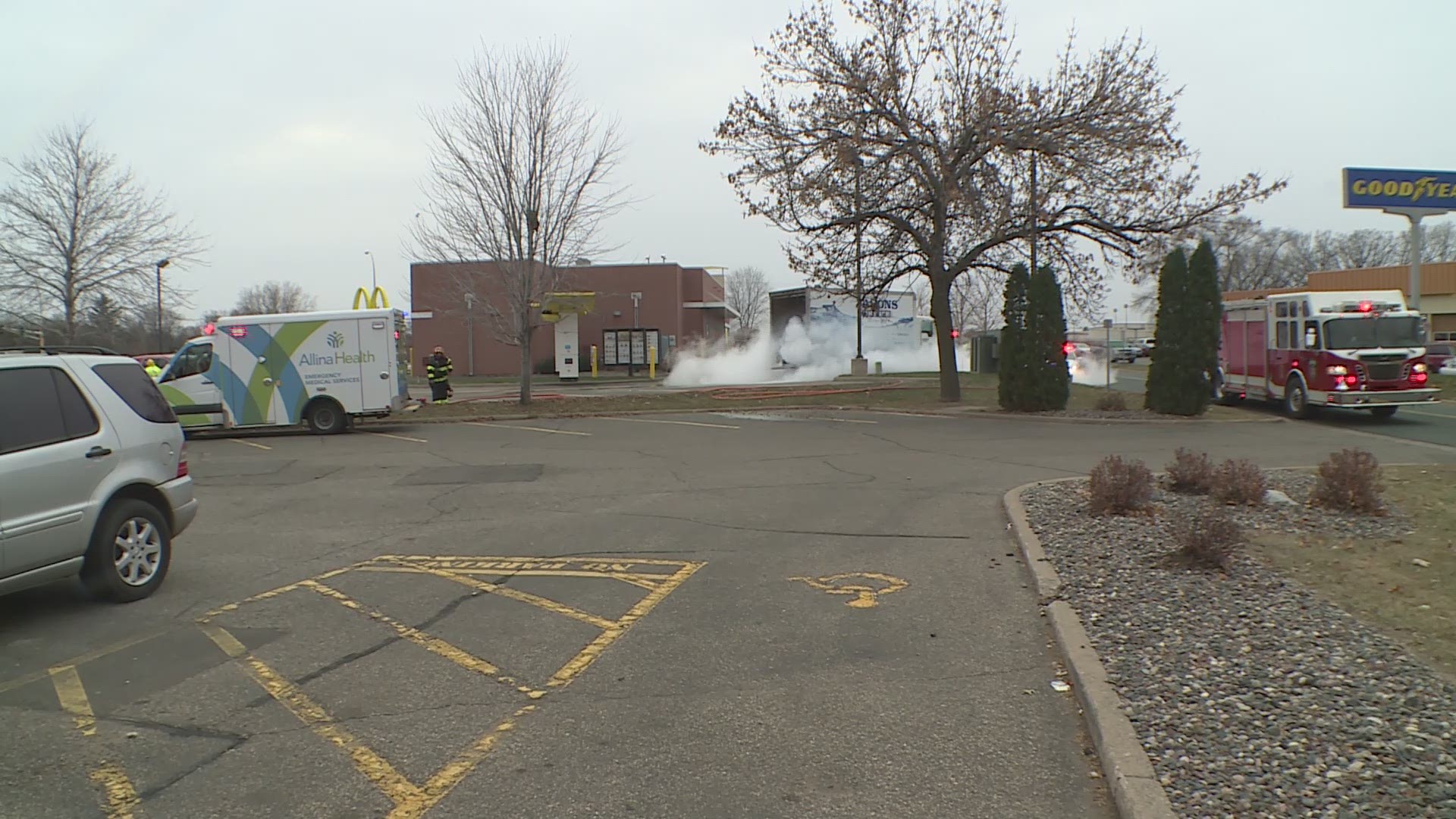 It happened shortly before 9:30 a.m. in the parking lot of the McDonalds on Highway 65 in Spring Lake Park. Squads were dispatched after a 911 caller reported a delivery driver was in the cargo area of his truck and appeared to be deceased. Officers arrived to find liquid CO2 spewing from the back of the truck box and the driver unresponsive. He was declared dead on the scene.

The initial investigation suggests a mechanical failure occurred with the CO2 tank, and that the driver attempted to fix the situation but was quickly overcome by the spewing chemical.

Dave Eide of Top Notch Fencing had stopped at McDonald's for breakfast, saw what was happening and tried to help the delivery driver. Eide describes seeing the driver sprint back to the truck box and climb in, only to have the pull down door slowly drop, trapping the man inside. "I hopped out, went over... (thought) 'something ain't right.' I opened the door of the truck, a bunch of smoke came at me... there was nothing I could do at that point. You couldn't get in there to shut it off." Eide says he pushed a stop button on a panel inside the truck box, but nothing happened.

Eide believes the driver attempted to drive off with the liquid CO2 hose still attached to a fitting, as he saw it outside the vehicle spraying around, or as he put it... "the hose went wild."

One of the owners for Jason's Beverage Carbonation Company declined to comment on the fatal incident on camera but did say that of the 45 years that they've been in operation, this is the first time an accident like this has ever happened.

The owner explained that the accident was caused by user error and that the whole company is devastated.