The Eagan Police Department took the opportunity to honor some local heroes on Wednesday. 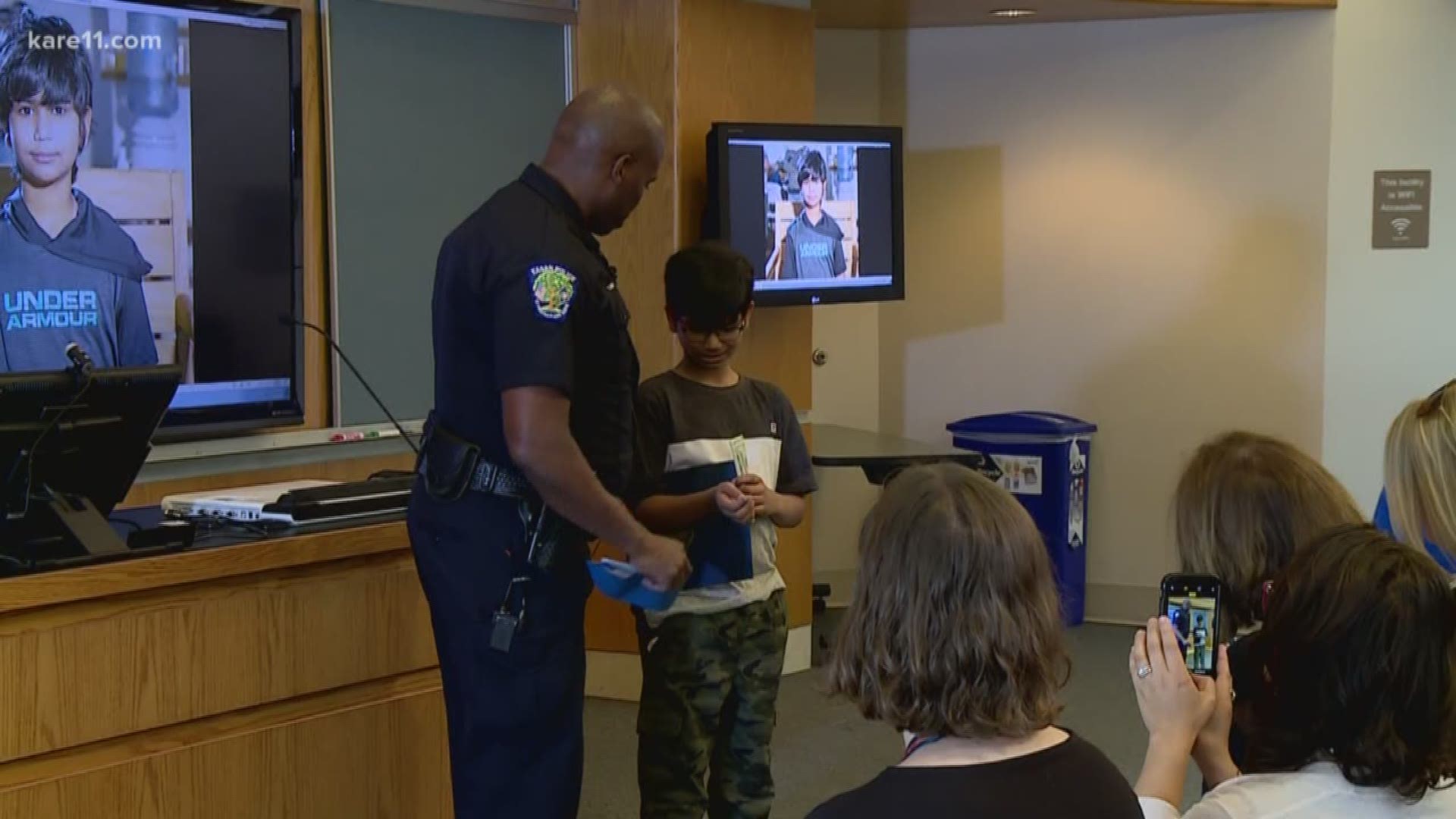 EAGAN, Minn. — Among those receiving recognition was an 11-year-old boy.

“I want you to know I’m so proud of you because someone is truly alive because of what you did. And you should be proud of your actions,” said Eagan Police Chief Roger New to Advaik Nandikotur.

On December 30, 2018, Nandikotur was at his family’s apartment swimming pool when he heard calls for help. A 34-year-old man had slipped under the water and was lying motionless at the bottom of the pool.

“I know he’s dying. He’s going to die. I just wanted to save him,” said Nandikotur’s mother, Lalitha Mareddy.

Mareddy quickly realized her son – a fifth grader – was the only person who knew how to swim. Nandikotur had started taking lessons a few years ago, after his family moved to Minnesota from India.

“My mom told me to jump, so I just obeyed,” Nandikotur said about his actions.

It turns out, those actions saved the man’s life. And the actions also earned Nandikotur community-wide recognition and a special award at the department’s annual ceremony. In addition to a medal and certificate, Nandikotur also received a letter and gift of $100 from an anonymous person in the community.

And in true fifth grade fashion, Nandikotur didn’t dwell on the accolades. He simply shrugged his shoulders and promised to buy “good stuff” with the gift.