Meet Wes, a 7-year-old with Cerebral Palsy who sometimes needs help doing some of his favorite things, like playing sports. 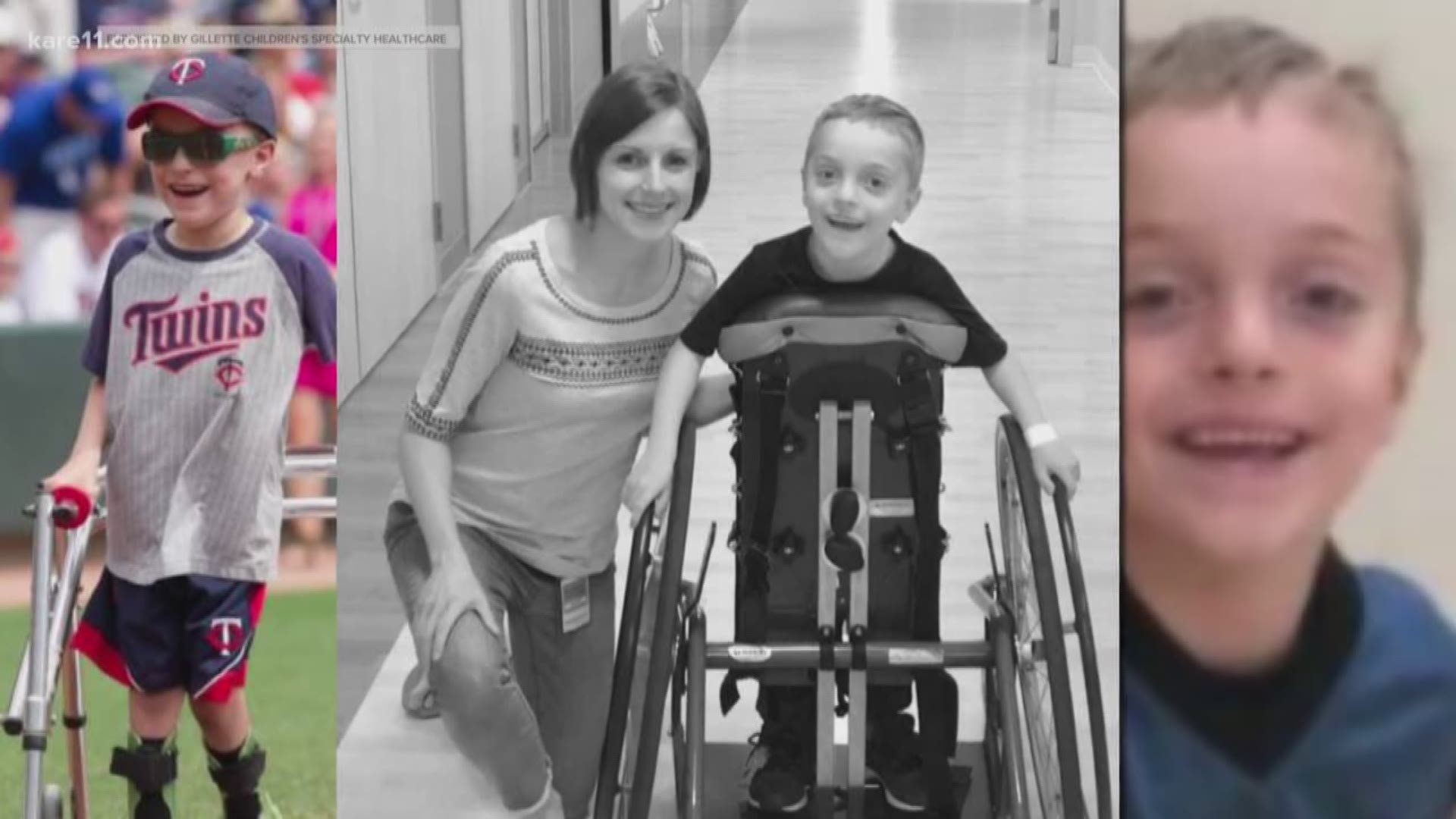 If you wanted a reason to indulge in ice cream Thursday, we’ve got a good one

Meet Wes, a  7-year-old who sometimes needs help doing some of his favorite things, like playing sports. He gets the help from his dad, Jay Jackson, and the awesome staff at Gillette Children's Specialty Healthcare in St. Paul.

“I have cerebral palsy and that it's hard for me to walk and balance,” Wes said.

Wes has been coming here since he was about a year old.  Everyone greets him, but like any good athlete, he’s pretty humble. “I don't think I'm that popular,” he said.

Wes is also a good listener.  Like when dad says it's time for bed during a half time of a game. “There's been a lot of days where I go in and wake him up and the first thing he says is, 'Dad who won the game last night?' Jackson said.

Jackson said Wes has had two major surgeries, but always gets help after them from the hospital.

“They know that he likes football and basketball and baseball and so they always find ways to incorporate those things into his physical therapy,” Jackson said.

“He's so energetic, he's so excited, he puts in a ton of work here in therapy and outside of therapy and just has, has a big old smile and up for anything,” Becker said.

An athlete has got to be strong, right?  And when you're Wes, who's got the right team behind him and the rest of the kids at Gillette, it only makes sense he likes it here.

“Then people who are in bad conditions can get better,” he said.

“I think life is about sort of accepting your circumstances but also finding ways to overcome challenges and I never would've thought at this age, I would learn about that from a kid, but he really has taught me some of those things,” Jackson said.

Here's where you and the ice cream come in: How do you help kids like Wes?  All you have to do is buy a blizzard from Dairy Queen on Thursday, July 25, what’s become known as DQ Miracle Treat Day.  The hospital says $1 or more from each sale will be donated to Gillette through the Children’s Miracle Network.