Educating pregnant women about the risks of CMV

The University of Minnesota holds a conference to educate pregnant women about the risks of CMV. 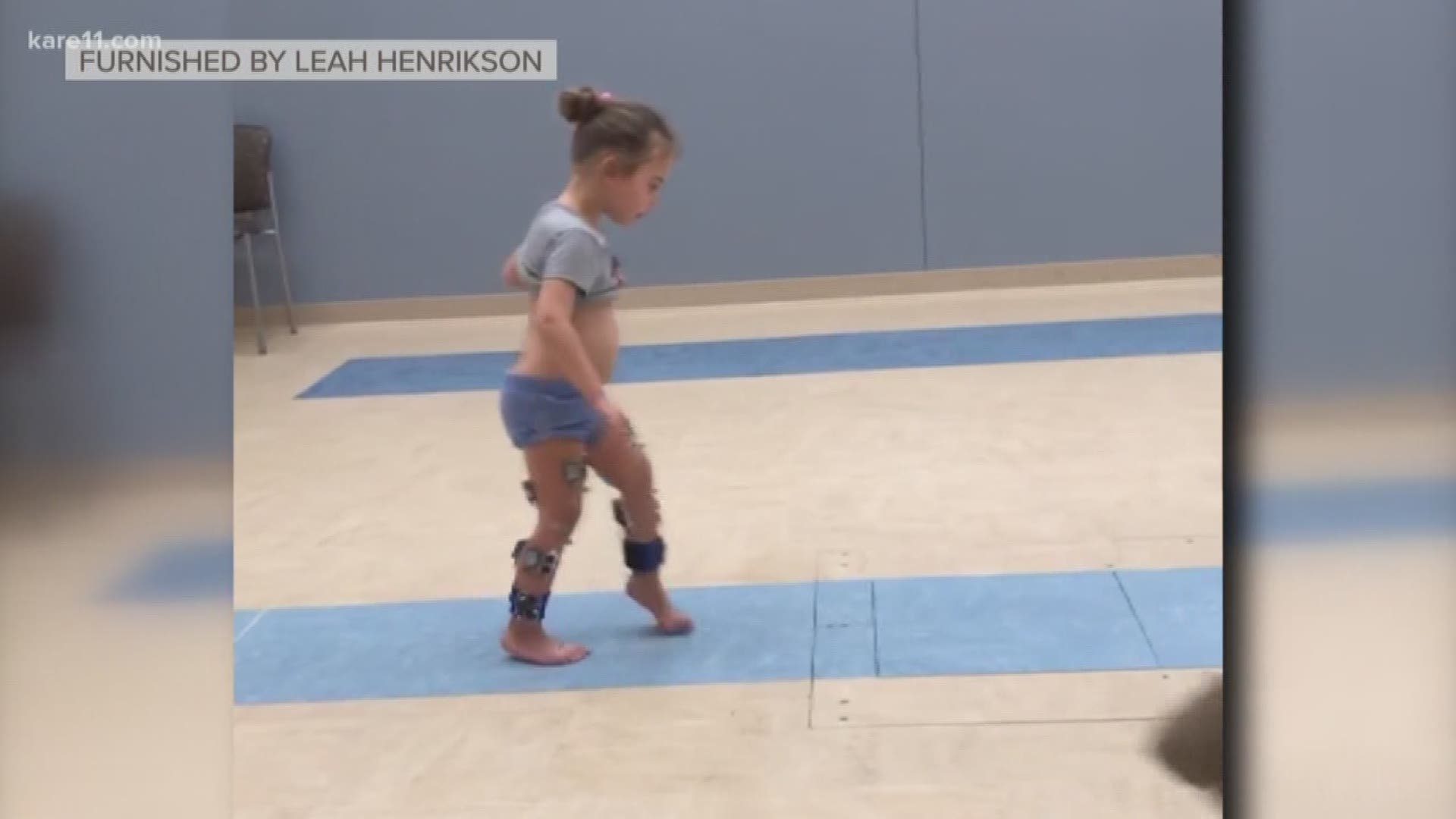 MINNEAPOLIS - Four-year-old Vivian strides across the floor at Gillette Children’s hospital with determination, as a therapist analyzes her steps.

Doctors predicted Vivian wouldn’t start walking until age five, but before age three, she took off, scaling the barriers before her, as she lives with congenital CMV, a common virus most families have never heard of.

Vivian’s mother, Leah Henrikson, of St. Paul, has set out to change that. She spoke at a University of Minnesota conference about cytomegalovirus, or CMV, sharing her story and hoping to create awareness for families and pregnant women across Minnesota.

Health care providers and parents gathered for a first conference of its kind in Minnesota examining the impact of CMV and the need for more awareness of its risks to unborn babies.

Shortly after birth, Vivian failed her newborn hearing screening. She had a rash of tiny broken blood vessels across Vivian’s body, known as petechiae. As her parents were packing their bags to take Vivian home from the hospital, doctors told them they wanted to test Vivian for CMV.

“CMV was never a part of the conversation. When we found out about it, it took my breath away, my whole world was turned upside down in a matter of a minute,” said Henrikson.

CMV is a common virus, often circulating in daycares, that can infect people of all ages. It can present with cold or flu like symptoms, or no symptoms at all.

“CMV is sort of like Zika without the mosquito,” said Dr. Mark Schleiss, a University of Minnesota pediatrician specializing in infectious diseases. “It causes the same spectrum of injury. It’s a virus everyone is exposed to eventually and most people it’s of no consequence unless you are pregnant, then the consequences can be very devastating for the baby.”

Over half of adults by age 40 have been infected with CMV, according to the CDC. When a pregnant woman contracts CMV, it can have devastating consequences for her unborn baby, from brain damage to hearing loss, known as single most common infectious disease that causes brain injury, developmental disabilities and hearing loss in children in the United States.

“We are just now figuring out how to ask questions about it and recognize it. We know it’s a big problem and that area of knowledge deficit, is an important part of today’s conference. We do need to do better in particular with health care providers, obstetricians, pediatricians, audiologists,” said Dr. Schleiss.

After Vivian received a positive CMV diagnosis, she was treated with an anti-viral medication that had the potential to reduce her hearing loss. She began receiving immediate interventions as an infant, from physical therapy to speech therapy.

“But since I ’ve been on this journey, I’ve met so many families that don’t have a diagnosis. They don’t understand at one year their children is missing milestones,” said Henrikson. “Knowing more about CMV gives more power to the parents to say, I know what this is and I know what to do. You can’t treat what you don’t know.”

It’s why Henrikson became the force behind a bill known as “Vivian’s Act”, sponsored by Rep. Kelly Fenton, R-Woodbury, in the past legislative session. The bill, similar to measures passed on other states, would require the Minnesota Health Department to educate women of child bearing age, as well as doctors, about CMV risks.

It received support in the House of Representatives, but was incorporated into an omnibus bill that was eventually vetoed by Governor Dayton.

Henrikson hopes to bring the bill back to the legislature next year, and won’t rest until she can tell her daughter that Vivian’s Act has become law.

Henrikson and Schleiss hope Vivian’s Act will also one day become a springboard for universal screenings, testing every baby for CMV at birth.

Recently, the University of Minnesota Masonic Children’s Hospital has started to test babies for CMV if they fail their newborn hearing screenings, as a standard of care.

Dr. Schleiss is also currently researching and developing a potential CMV vaccine in his university laboratory, to vaccinate adolescents before they reach a child bearing age.

“We are trying to get awareness to as many babies as we can, to cast a wide net to catch as many people,” said Henrikson. “You have the power to have the conversation with your health care provider. You can ask about CMV. You can ask to be tested. It’s not something to be afraid of, but it is something to know about, the more you know, you are able to treat early, and the outcomes are far better.”