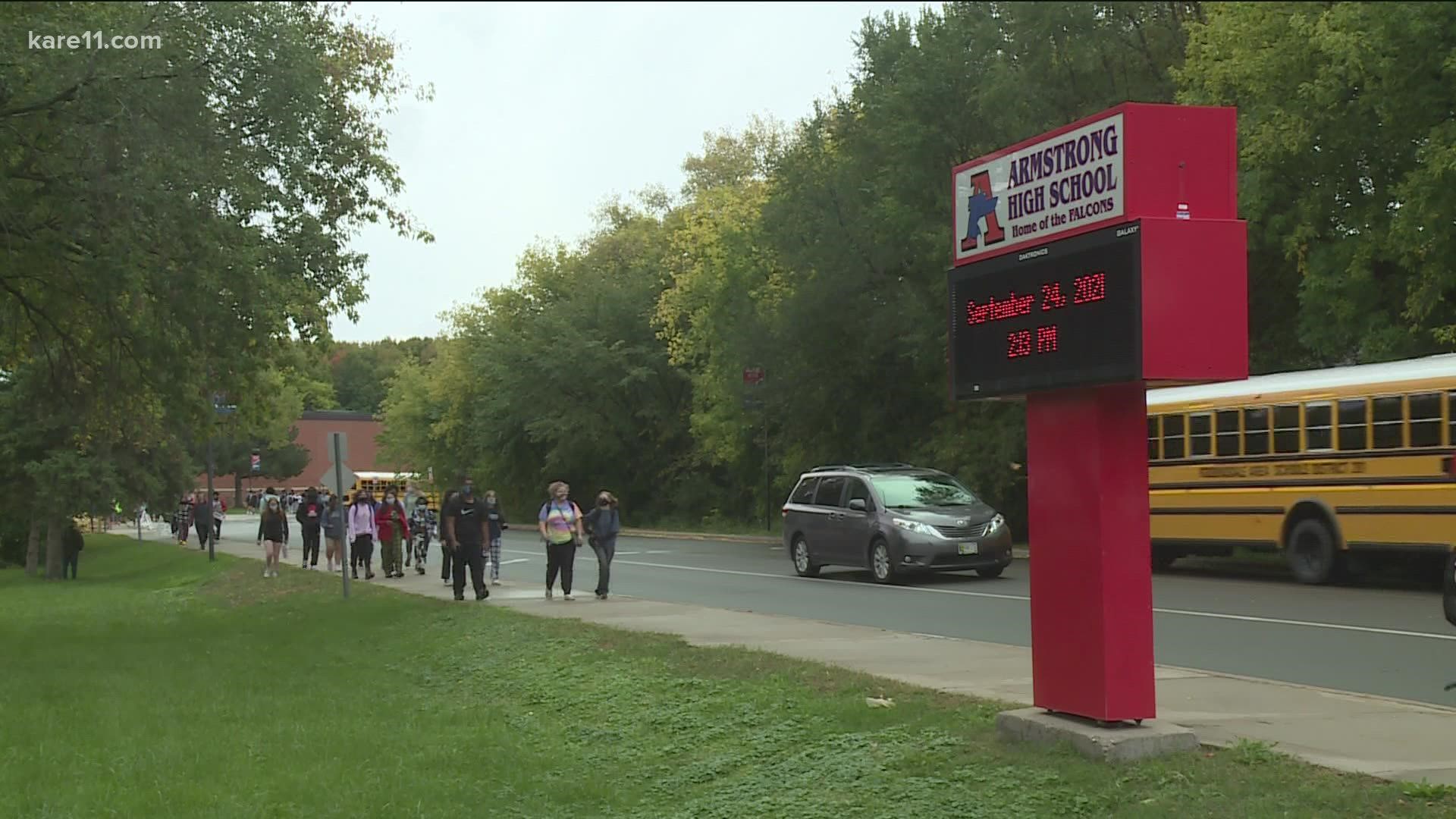 PLYMOUTH, Minn. — It's been nearly two weeks since an alleged sexual assault survivor was last seen on Armstrong High School's campus in Plymouth, according to Ferris Santineau, a senior student.

According to Santineau, the student doesn't come to class anymore because they do not feel safe seeing their alleged abuser in the same school.

On Friday, after concerned parents were given notice of an ongoing investigation by the school, hundreds of students took action.

Just an hour before school ended, hundreds of students walked out of class and onto the sports field to protest the ongoing situation.

Some carried signs, such as 'believe him,' referring to the alleged sexual assault survivor.

For nearly an hour, students shouted and chanted while under supervision from administrators.

"I held this walkout because I am very upset with the administration for how they've handled very serious events, such as my friend being sexually assaulted," said Santineau.

Now, Santineau and other supporters of the student want the alleged assaulter to be expelled.

Robbinsdale Area Schools, the district for Armstrong High, confirmed with KARE 11 that the situation between the two students has been under investigation for nearly two weeks.

On September 16, a letter was sent to inquiring parents that detailed the initial investigation.

"We have been in contact with the family and shared options with them, including the option to file a police report," the letter stated, in part.

Another letter was sent Friday to all parents' homes, detailing the walkout on Friday.

"I am writing to share information about a student-led walkout that happened this afternoon at Armstrong. While this walkout was not sanctioned by our school, we support the First Amendment rights of students, and their desire to peacefully demonstrate," the letter stated, in part. "Please know, we take these matters very seriously."

Santineau said today's protest was meant to show the school that more needs to be done.

"It's very hard to be taken seriously or even believe in yourself when there are constant adults around you, who are supposed to protect you telling you, they can't do anything or it's too hard," Santineau said.