The district sent out a letter saying 15 schools that aren't fully air conditioned will go to remote learning Tuesday through Thursday. 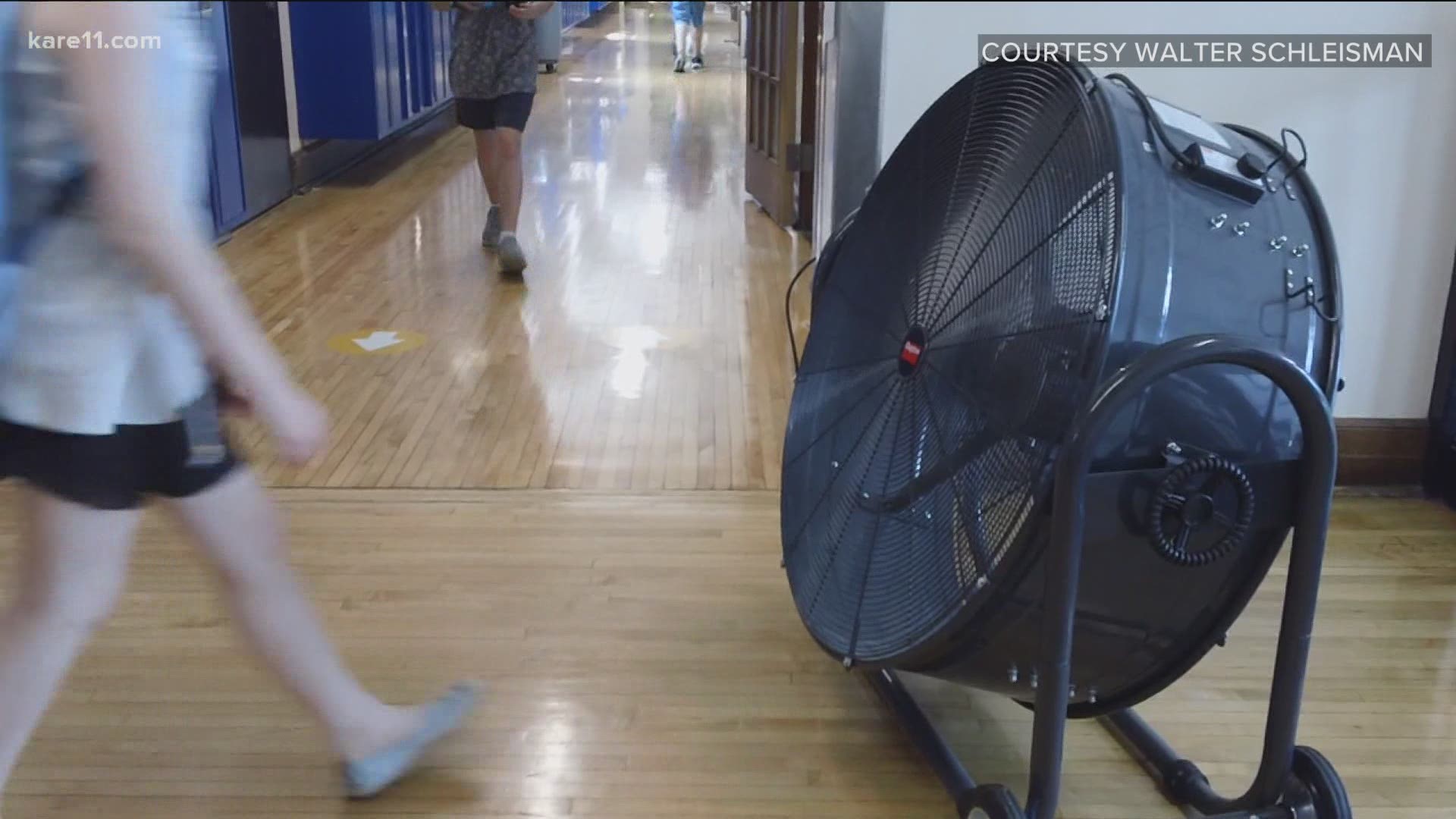 MINNEAPOLIS — In a letter to families, Minneapolis Public Schools (MPS) announced that they will move some in-person students to distance learning for the next three days -- Tuesday, Wednesday and Thursday -- because of the extreme heat.

With a prolonged heat wave in the 90s expected all week, the letter says that 15 school buildings lack full air conditioning. Any students who are currently learning in person will transition to distance learning from Tuesday, June 8 to Thursday, June 10 at the following schools:

All students at schools with air conditioning will stay in their current learning format, according to the district.

Minneapolis Kids programs at sites without A/C will be closed, but students can participate at nearby schools if families provide transportation, according to the letter.

According to the district, sports practices and games will be at the discretion of the District Athletic Office, the schools themselves, and the Minnesota State High School League (MSHSL).

Since Friday is the last day of the school year, MSP plans to reopen schools that day so students can bring items home from their lockers and teachers can reopen classrooms. An adjustment to that could still be announced depending on the weather.

RELATED: Minnesota heat wave: Tips for keeping your home cool in this heat

RELATED: Where to find cooling centers around the metro

Lily Bargmann, a parent at Lake Harriet Community School's upper campus, told KARE she before the district's announcement she had already decided to pull her son Shepherd out of class in the hotter afternoon hours this week.

"Last week we tried on Friday to have him stay through the day, and I got a text that he was just too hot," Bargmann told KARE.

"It’s a bummer because it’s the last week of school, but I thought he would just melt in the classroom."

At Lake Harriet Upper, as it's known to parents, the staff set up fans in the hallways and moved students into the lower, cooler parts of the building. But the students, who range from 5th to 8th grade, had found being outdoors was easier to tolerate.

"It has been very hot in the rooms. We have some fans, but it doesn’t make a difference," Shepherd Bargmann, a 5th grader, explained.

He said he prefers the real classroom to distance learning, but he also had trouble concentrating at school the past few days due to the heat.

As of Monday evening, the Saint Paul Public Schools system was planning to stick with classroom learning in all schools but had added extra fans in those buildings without air conditioning.  Staff also made sure to provide water bottles to children without them, and access to fountains to refill those containers.

"Our building leaders, our educators, are monitoring the situation, making sure the health and comfort of our students remains first," Kevin Burns, the SPPS communications director, explained.

"We want kids to be able to engage in those year-end activities, those celebrations, those remembrances."

Burns noted there's an ongoing effort to add air conditioning to more buildings. He said SPPS has added A/C to 850,000 square feet of its buildings since 2016, and the district's in the process of covering an additional 350,000 square feet with cooling.

The district's direct messaging to parents urged them to keep their children hydrated, to dress them in light colors and have them bring a towel, washcloth or headband to help them stay cooler.

The Anoka-Hennepin Schools, the state's largest school district, notified parents that the Safe Schools mask rules are still in effect but efforts are being made to give students more "mask breaks" at school and on the bus, due to the extreme heat.

The district said if parents decide it's too hot to send their children to school in masks, they can keep them home and it will be counted as an excused absence.