A Republican-backed plan says the choice of when to return students to classrooms should be left up to school districts, not the governor. 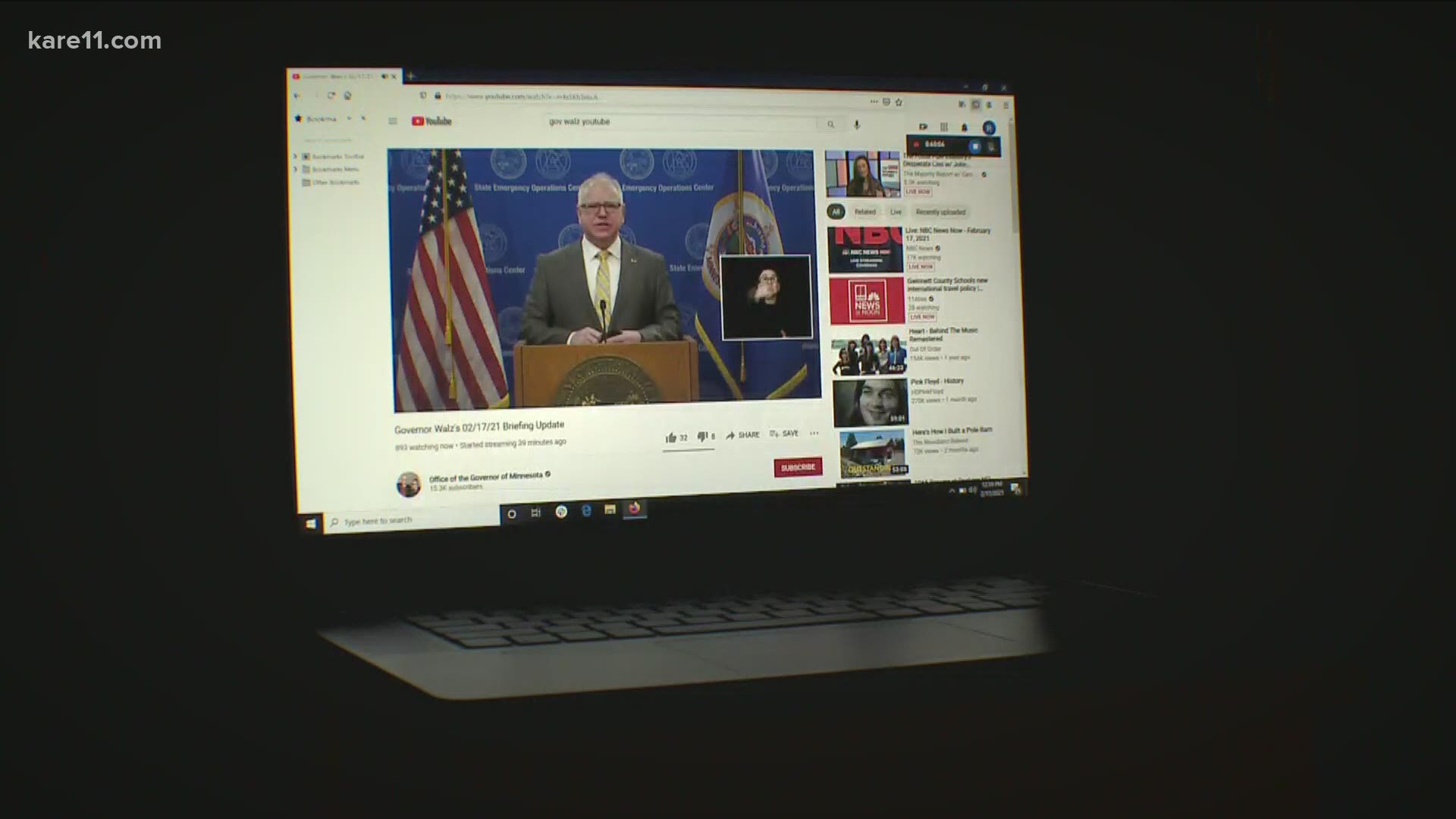 Republican leaders in the Minnesota Senate have been vocal about allowing districts to make their own choices for students, instead of following guidelines set forth by the state.

The scheduled debate and vote come one day after Governor Walz unveiled a plan to return middle and high school students to in-person learning as early as Monday, Feb. 22, with most students returning by March 8, if the safety protocols outlined in the state's safe learning plan are mandated.

In a Wednesday press conference, the state said that 25% percent of educators have received at least their first dose of COVID vaccine, with 18,000 more doses targeted to teachers arriving next week.

"We're on offense now," Walz said in the briefing. He said Minnesota's current test-positivity rates mirror last summer's and that the state's vaccination efforts are ramping up. "The sacrifices you made saved lives," said Walz, addressing Minnesota educators.

Gov. Walz spoke on Wednesday about Minnesota's "first-in-the-nation educator testing program," that will provide on-site COVID-19 testing in school cafeterias to staffers who have direct contact with students. Walz's office said more than 96% of school districts have signed up to participate as of last Friday. On top of that, the office said 41% of nonpublic schools and two out of four tribal schools will participate.

Teachers in many metro districts have spoken out about returning to in-person instruction too early, many expressing that they don't feel safe when so few people have been vaccinated against COVID-19.

Walz was asked in the press conference if he would force union educators back into the classroom, and he insisted that will not be necessary.

"We don't push them, we partner with them," Walz said, "finding the safe way to do it." He said sharing the latest information and safety protocols will lead to partnership.

But Republican Sen. Majority Leader Paul Gazelka said the governor's plans won't stop the Senate from voting on a plan to leave school decisions up to school leaders.

“Nothing that is said today will change the Senate’s plan to vote tomorrow on Senate File 2, which puts this decision back where it needs to be -- exclusively in the hands of local school leaders." Gazelka said in a press release. "All the science says we can and should open schools for the academic and emotional health of our children. Yet most kids are still receiving too much instruction by distance learning. It’s become obvious the main thing standing in the way from a full reopening of schools are the teacher’s unions. Their demands to delay in-person instruction is failing kids, parents, and our future."

The debate and following vote are scheduled to begin at 11 a.m. Thursday.

RELATED: In Minnesota, students have mixed opinions about classroom learning