New push to get for children outdoors

The "Leave No Child Inside" bill is part of an effort to help children connect with nature, especially those who may be deprived of such opportunities.. 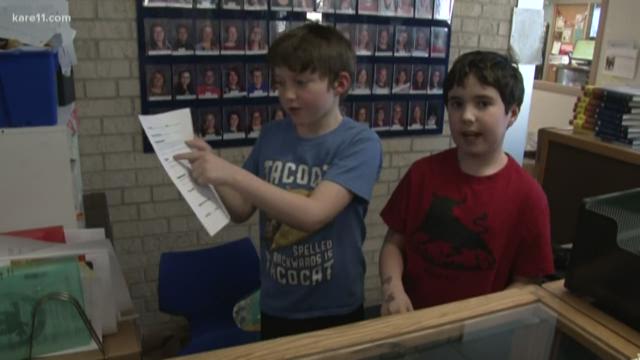 ST PAUL, Minn. — Funding for environmental education has waned in the past decade, at a time when understanding nature has never been more important.

That's why some lawmakers want to create a new grant program, run by the Dept. of Natural Resources, that would help schools and community groups pay for outdoors field trips.

The "No Child Left Inside" bill got its first hearing Friday in the Environment and Natural Resources Committee, which met at the Dodge Nature Center in West St. Paul.

"It's really about getting more kids outside," Rep. Jamie Becker-Finn of Roseville, the bill's chief author, told KARE.

She said the funding should be targeted especially to children who may not otherwise have the resources or opportunities to spend time outdoors.

"Especially when you throw in transportation and parents working multiple jobs. If live in the city and you live in an apartment building, you might not have an easy way to get to a state park."

Becker-Finn said the cost of the program won't be decided until after the legislature sets final budget targets for the committee and the DNR, later in the session.

Aitken County Land Commissioner Rich Courtemanche told the panel that many school districts have backed away from the multiple-day trips to environmental learning centers such as Long Lake Conservation Center in north central Minnesota.

He said Long Lake averaged 6,000 student visitors per year before the Great Recession, and now that's down to 3,500 per year even though the economy recovered.

"Since 2010 budget shortfalls have eliminated nearly all funding for environmental education. Environmental learning centers throughout the state are feeling the pinch," Courtemanche explained.

He said if the trend continues there's a risk the next generation won't value the outdoors or understand the relationship between nature and people.

It's not just a matter of embracing the outdoors, but being inclusive in that endeavor, according to Anna Sharratt, the director of the Free Forest School, a national nonprofit based in Minneapolis.

"It’s not a question of whether outdoor education is important to kids, or whether a connection to nature matters for kids, it’s whether it matters for all kids in Minnesota," Sharratt said.

She said children from lower-income families and children with disabilities often are deprived of chances for hands-on learning in nature.

"We want them to learn about trees and about how the ecosystem works. You can read it in a book, but the best way to do it is to go outside."

Members of the committee also visited Garlough Enviromental Magnet School, a couple blocks away from the Dodge Nature Center.

It's a rare example of an elementary school that infuses the curriculum with learning about the plants and creatures who share our planet, and the neighborhood.