More than 9,700 educators in the state's teachers union responded, with 79% reporting feeling stressed and 29% considering quitting or retiring. 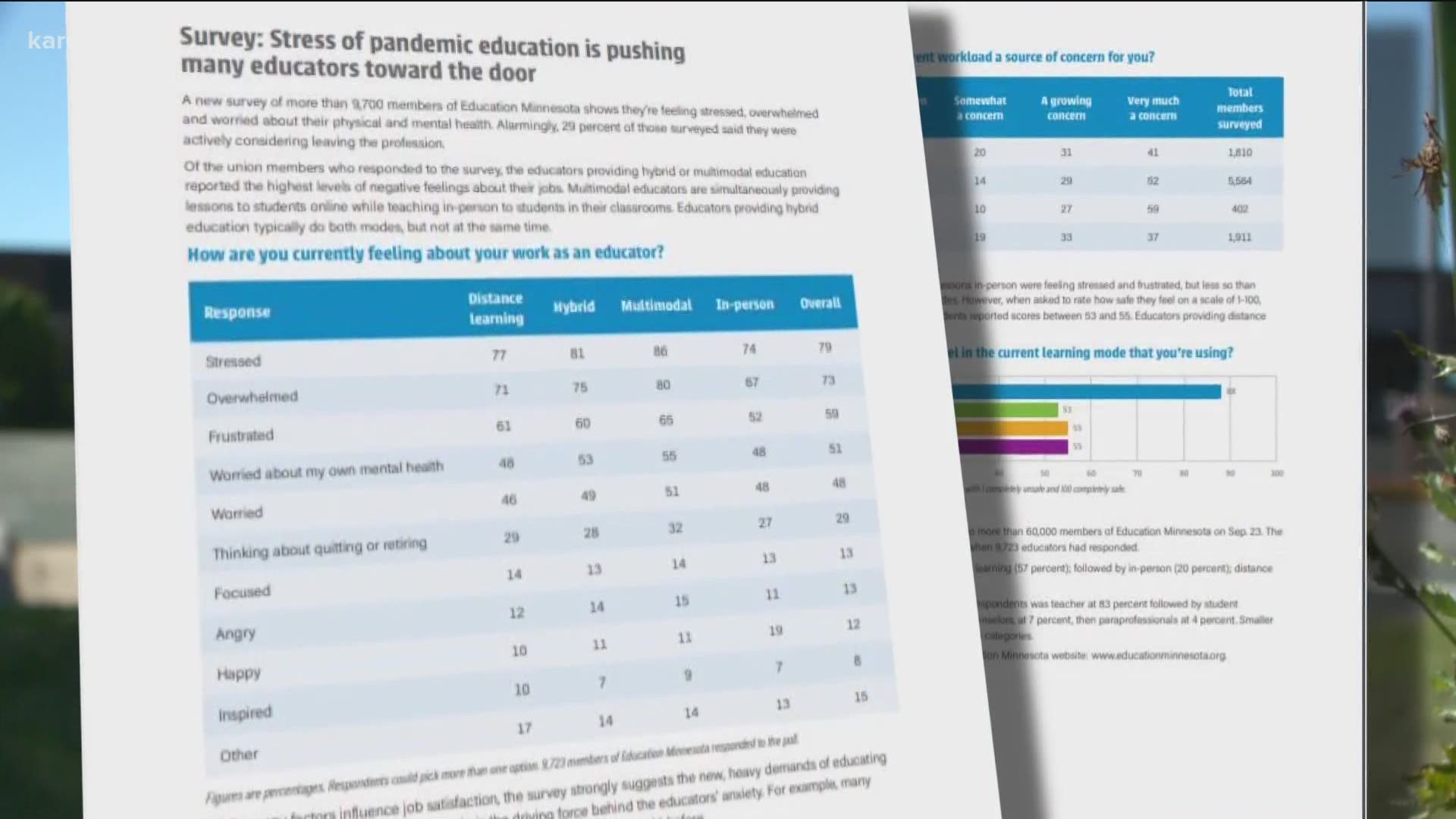 A survey conducted by Minnesota's teachers union found that thousands of educators are considering leaving the profession.

The survey asked the more than 9,700 members of Education Minnesota how they are feeling about their work as an educator, and gave them several response options.

Overall, 79% of teachers who responded reported feeling stressed, and 73% said they feel overwhelmed. Only 8% are feeling inspired.

When asked about whether they are thinking of quitting or retiring, 29% said they are.

Stress was highest among teachers doing hybrid or "multimodal" learning models. Multimodal teachers are simultaneously giving lessons to students online while teaching students in person in their classrooms. Hybrid educators do both modes, but not at the same time.

Close to one-third of teachers across the board said they are thinking of quitting, but those numbers were highest among multimodal teachers at 32%, followed by distance learning at 29%, then hybrid at 28% and in-person at 27%. 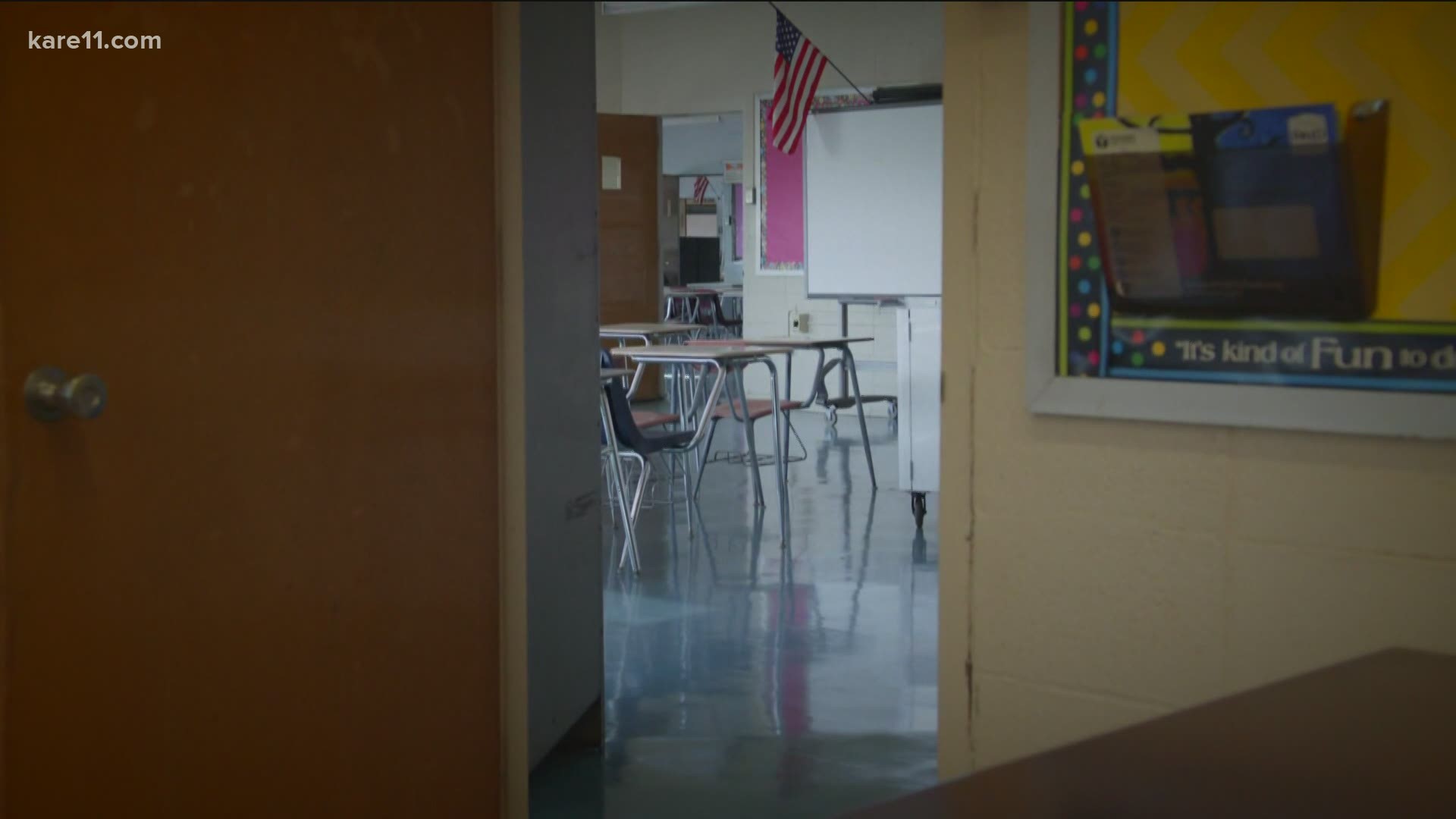 According to Education Minnesota, information from the Teachers Retirement Association of Minnesota shows that applications for retirement benefits increased by 35% in August and September this year compared to the same time last year.

"Districts need to remove all unnecessary tasks from educators’ plates, open negotiations on building-specific issues and generally abandon plans that ask a single teacher to manage half a class online and a half in-person at the same time," Specht said in her statement. "That arrangement may have seemed like a good idea in August, but it’s not working in October and it may drive out hundreds of teachers by May.”

More than 9,700 educators responded to the online survey between Sept. 23 and Oct. 5.

"What’s it like to be a teacher right now? Stressful. Frustrating," said Beth Clymer, who teaches fourth grade in the White Bear Lake district. “You kind of open that door, put on that mask, and wonder how your day is going to go.”

Gaoly Her, meanwhile, said she feels swamped by the workload, teaching math at Champlin Park High School. She often has difficulty juggling the in-person and online learners at the same time.

“I’m having troubles really giving my full attention to either groups," Her said. “I have very little time to grade, to prep, to do anything, I’m working weekends, I’m still working right now (well past 4 p.m.) and I’ve been at work since 6:30 a.m.”