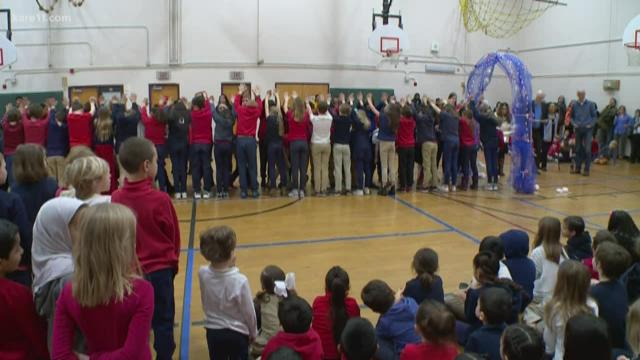 MINNEAPOLIS — Monisha Walters is thankful that in their South Minneapolis neighborhood, there is a school her son Rayne can attend filled with racial diversity.

"A huge component for us," Walters said.

Half the children are English speakers and half Spanish. They learn together, with the goal for both groups to become bilingual.

"He has surpassed me in two years of dual immersion," Walters said.

But Windom families are worried, because under four of the five models proposed to reorganize the Minneapolis school district, Windom Dual Immersion would close.

The district's goal is to close the achievement gap between white children and children of color, and for magnet schools like Windom to be located more centrally - where families of color can more easily access them.

But Windom families point out their school is serving children of color, who are in danger of being left behind if they can't continue the immersion program.

Every proposed model would leave fewer seats for immersion students. Families of Spanish-speaking children worry those kids would fall behind if placed in an English-only school.

"We need this in South Minneapolis," said parent Estalan Ballesteros.

"So right there, the kids are going to be in two different level fields," said Natalia Pretelt.

It's emotional, because these families do want Minneapolis schools to be more equitable. They just think having more schools like Windom, not fewer, could help the district achieve what it wants.

"Representation matters. And it's important for my children to know who they are, where they come from, and to be proud of their heritage,"

The district is holding community meetings to explain the proposed changes, which are not final yet. Changes wouldn't happen until the 2021-2022 school year.