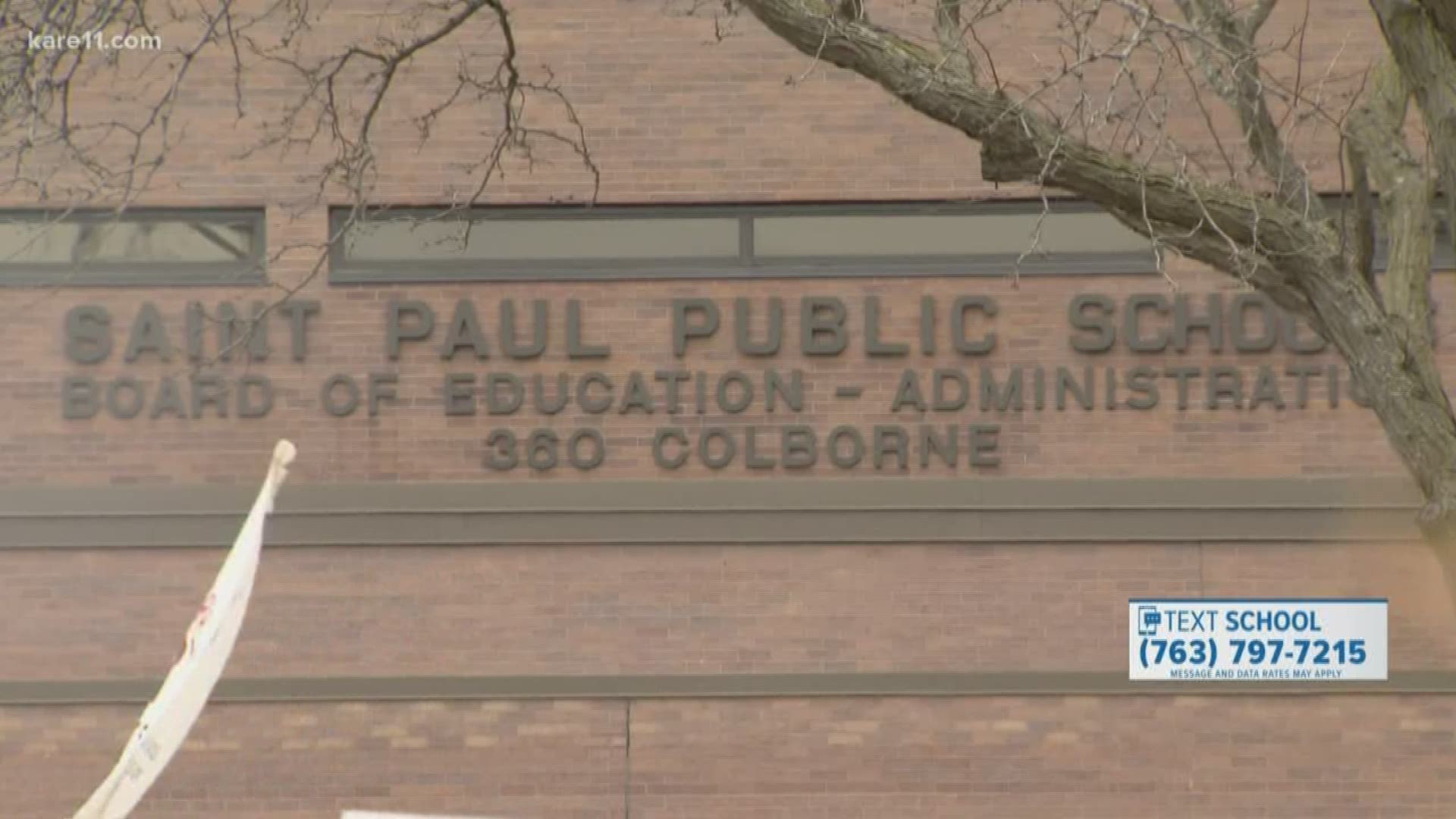 "There will not be school for 37,000 students who attend St. Paul Public Schools tomorrow," Burns said in a press conference Wednesday. "And that alone is so hurtful, and it's difficult even to say those words."

The district says it sent layoff notices to more than 2,000 employees as the strike continues “as a precaution,” saying that these layoffs “may become necessary” from a fiscal standpoint in the absence of a deal.

Burns says the school system cannot provide educational services to students while striking continues, and a deal has not been reached.

The St. Paul Federation of Educators went on strike Tuesday, after all-night negotiations between union and district negotiators did not result in a new contract.

The walkout — the district's first strike since 1946 — will scrap classes for roughly 37,000 students and force parents to make alternate plans for their children. A news release sent out by the Saint Paul Public Schools says all Pre-K through 12th grade classes are canceled Tuesday. Later Tuesday afternoon, a spokesperson for St. Paul Public Schools stated classes would also be canceled Wednesday.

“If we’re gonna close the opportunity gap, and some of the racial disparities in our district, we’ve got to start listening to the people out on the street here," says Union President Nick Faber. 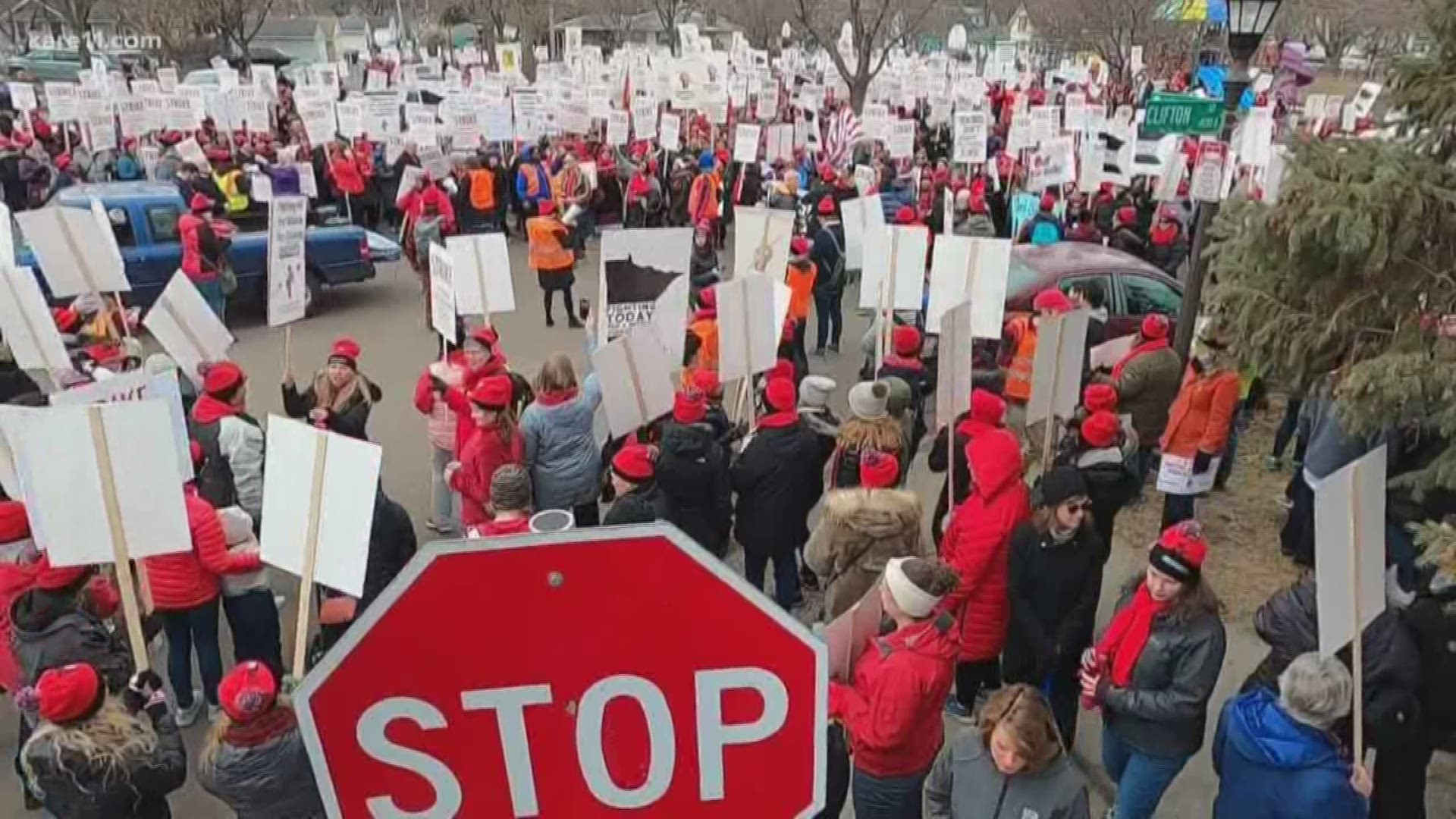 The school district and the union that represents about 3,550 teachers and support staff negotiated for six straight days and, despite a mediation session that lasted until 3 a.m. Tuesday, were unable to come to terms on an agreement.

“I can assure students, families, staff members and our community that the Board of Education, my team and I did absolutely everything we could to avoid a strike by teachers,” Superintendent Joe Gothard said in a statement.

The St. Paul Federation of Educators planned to picket at all 67 public schools across the city, according to union spokeswoman Megan Boldt.

“We wanted to settle this contract and be in school with our students Tuesday morning,” said Nick Faber, president of the Saint Paul Federation of Educators. “Unfortunately, after more than nine months and marathon bargaining over the weekend, district leaders weren’t willing to move on the issues educators and parents know will help students thrive and break down racial barriers in our schools.”

The Como Zoo also says that it will be offering a pop-up camp March 11-13, for kids in kindergarten through fourth grade. The cost is $35 for a half-day or $70 per child per day. More information is available on their website.

Students in grades 6-12 are able to keep their iPads and will have access to standards-based activities online.

Varsity athletics will continue on a case-by-case basis, according to the district. Middle school and high school junior varsity and C squad sports will be postponed.

By March 12, SPPS Kid Space sites will open for students in grades K-5 only. Sites would be open 8:30 a.m. to 3 p.m. The district told KARE 11 there would be no cost to families. Parents should register their kids in advance. Information on the seven planned locations will be available at 7:30 a.m. Tuesday, with registration beginning at 8:30 a.m. More information can be found online.

SPPS anticipates having a capacity of 4,000 students between K-5.

The school district and the union that represents teachers negotiated for six straight days and continued talking into the night Monday in an effort to avert a strike. On Monday, Superintendent Joe Gothard asked that the union take the contract dispute to arbitration instead of striking.

But union spokeswoman Megan Boldt said the union was not interested in that, insisting that educators have seen no significant movement on bigger issues, including additional resources for mental health, multilingual and special education needs. The union said in a statement early Tuesday that the district's latest proposal “dramatically slashed” the number of support staff that the union proposed.

“We wanted to settle this contract and be in school with our students Tuesday morning,” Nick Faber, president of the Saint Paul Federation of Educators, said. “Unfortunately, after more than nine months and marathon bargaining over the weekend, district leaders weren’t willing to move on the issues educators and parents know will help students thrive and break down racial barriers in our schools.” 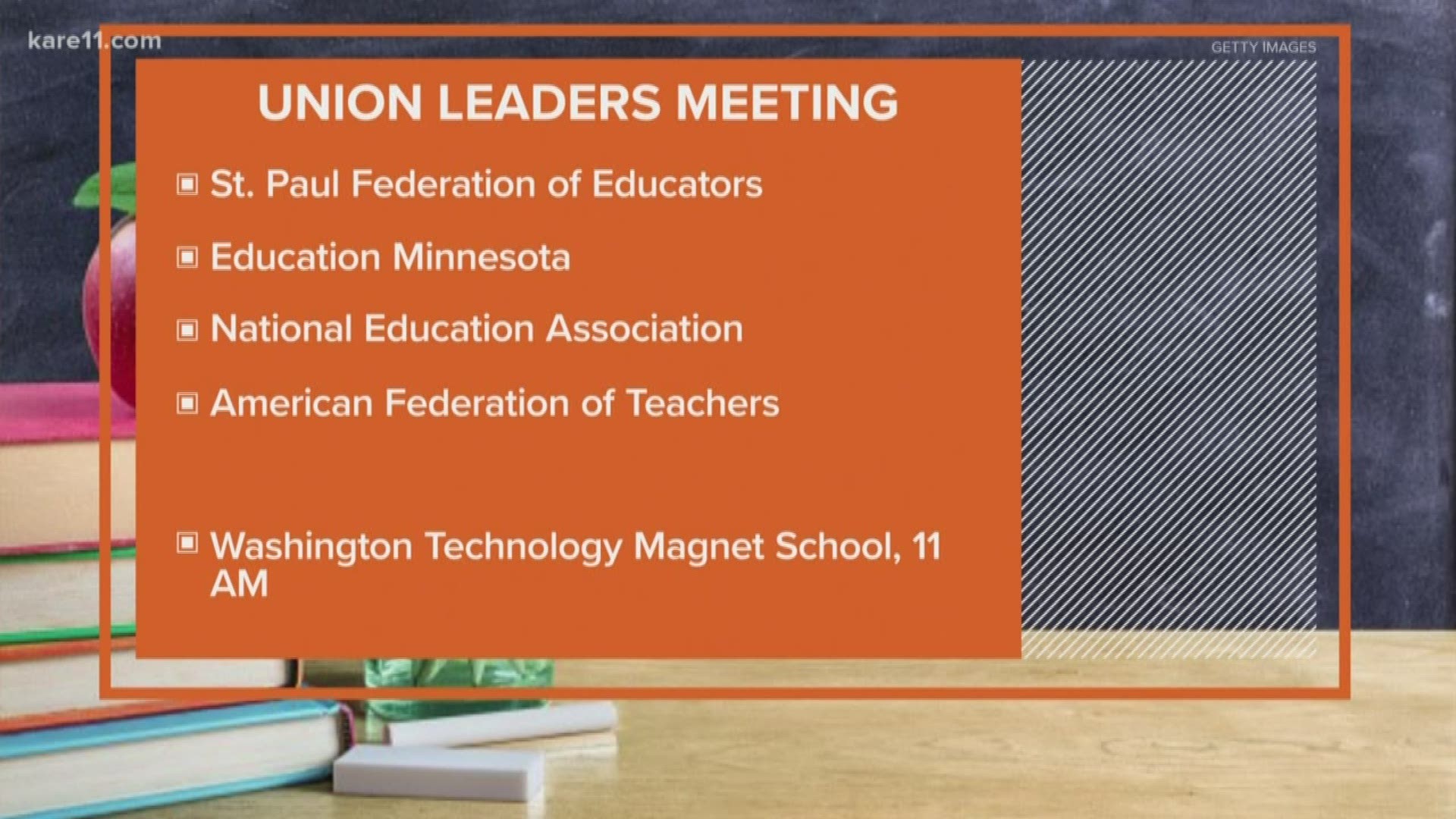 SPFE members met with state and national union leaders Monday outside Washington Technology Magnet School. Presidents of the National Education Association, American Federation of Teachers, and Education Minnesota were there to answer questions and "connect St. Paul’s fight to the efforts of parents and educators across the nation to fund our public schools."

In a previous statement, superintendent Dr. Joe Gothard had said that if a strike occurs:

“I have been in regular contact with union and district leaders over the past few weeks and days. I have heard a common ambition to better serve children’s needs and common frustration with financial constraints that force us to choose between academic supports, mental health counseling, and other resources our children deserve.

There is room to work together. I encourage both parties to remain at the table tonight until an agreement is reached. If a final agreement cannot be reached overnight, I have asked both parties to consider temporary options that would delay a strike as long as possible.

In the unfortunate event that no agreement is reached and classes are interrupted tomorrow, the City of Saint Paul has plans in place to provide support for children and families through our rec centers and libraries, including meals for youth ages 18 and under.”