A national speaker and author is sharing his strategies with Twin Cities high school students on Tuesday. 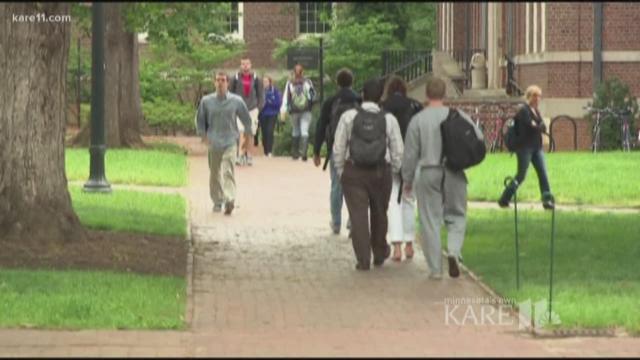 GOLDEN VALLEY, Minn. - We're only a month (or two) into the school year for most high school students, but it's never too early to start planning for college.

Author and speaker E.J. Carrion brought a national speaking tour for his "Student Success Agency" mentoring program to the Twin Cities on Tuesday, for engagements at Cooper and Fridley High Schools.

"I was a first generation college student, I had no idea what I was doing," Carrion said. "I ended up really getting obsessed with the scholarship process. I applied to over 30 scholarships and got three back; but one of those was the Bill Gates scholarship, which paid for a full ride to go to school."

Carrion shares his strategies with students for applying for colleges and college scholarships while on a budget.