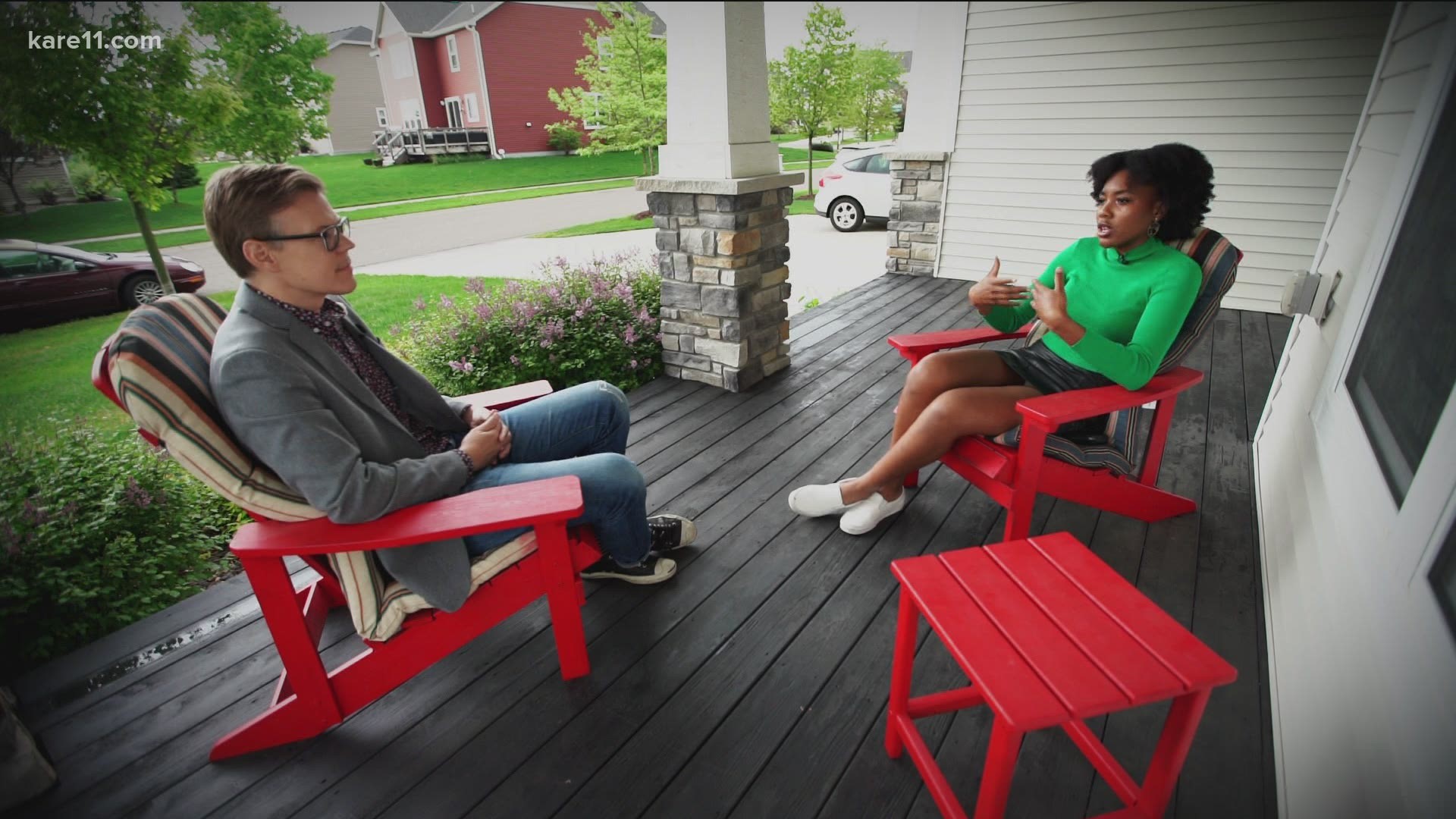 WOODBURY, Minn. — A 16-year-old Woodbury student just won a national speech competition, in which she competed alongside more than 1,300 students from 300 schools.

But for Anneteke Adoga, a junior at Woodbury High School, she was most proud of how she won.

"I was shaking when I found out, because winning a tournament is incredible in any situation, but to win a tournament with a speech that was showcasing the good parts of being a Black person, it's a feeling that's like unmatched. I was like so happy," Adoga said.

Her first place oratory was a critique on the over emphasis on Black grief in news, television and movies. To make her point, she began with an attention grabbing critique of the movie "The Help", which was among the top streaming movies on Netflix in the days after the death of George Floyd last year.

"That's when it hit me, what a terrible time for Netflix to release The Help." Adoga said. "On June 1st, 2020, amidst a worldwide pandemic and a nationwide crisis on race relations, Netflix bought the rights to one of the most problematic movies made on race in the modern era."

In an interview with KARE11 News, Adoga described her problem with the movie, which helped inspire the theme of her speech.

"It showcases black people in a light that we are always struggling and that all of our feel good stories stem from a place of struggle," Adoga said. "It's like, we can't have moments where we are just living without this burden of pain."

But the 2011 movie is just the jumping off point. Her speech details why movies, shows and even news programs that rely on and replay graphic scenes of slavery, Black pain or videos of police violence can end up hurting more than helping.

"These videos are not new to us, and seeing them over and over again only reminds us of our trauma," Adoga said. "When your identity is tied to something like that, it's impossible to find your real value."

Don't get her wrong, she isn't shying away from the current fight for social justice. Adoga was among the students who organized a statewide walkout to protest racial injustice several weeks ago, but she says she was intentional about her focus.

"We tried to humanize the people whose lives were taken, as opposed to focusing solely on their deaths," she said. "I think, once again, that was a perspective that not a lot of people had seen before.

"I think it's important for everyone to keep in mind that, while Black people are still fighting for change, we have so many other qualities about us that are so positive."

And those positive qualities are also what caused her to take a risk, by challenging the norms of a typical oratory.

"Normally, there is a part of the speech where you share a very traumatic story that happened to you, as to why you chose that topic," Adoga said. "I kind of did a full one 180 and was like, I'm actually not going to do that."

Instead, she shared that, two months ago, she was elected Lieutenant Governor of Youth and Government for the State of Minnesota.

"I'm the first Black woman to ever hold this position," Adoga said. "That story has nothing to do with trauma and that's the point."

Though she knew that kind of story wasn't typical, she's glad she took the risk.

"I guess it paid off," she said with a laugh.

OTHER NEWS: Wild's Kirill 'The Thrill' takes league by storm