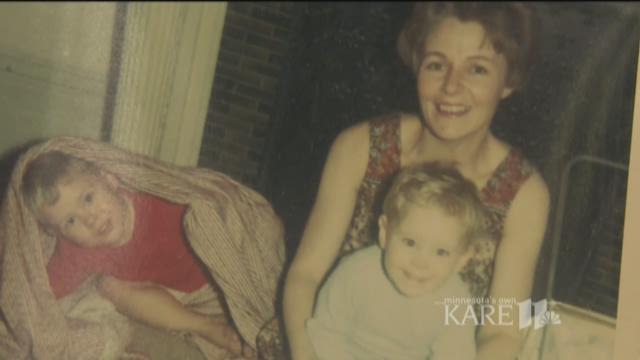 Members of the House Education Innovation Committee voted unanimously to send the bill along to the next committee.. They appeared to be genuinely moved by the testimony of abuse survivor April Kane, who said victimized children often lack the words to describe what they're enduring.

She said her father, who is now deceased, habitually assaulted her from an early age.

Then she shared something she had never told another human being before, that a stranger had raped her in the laundry room of her apartment building when she was only five years old. He lived in a nearby building and had been able to watch from his window as she walked to the school bus stop.

"When I came up to the apartment my mother understood that I was upset, but I had no vocabulary to describe abuse. I had no way to explain to my mother, in a way she could understand, what happened," Kane explained.

"I understand now that he is a pedophile, but back then I didn’t have any words to describe who he was."

She cited the recent example of a school bus driver in Woodbury who was charged with criminal sexual conduct after one of the passengers, a girl, spoke up about what was happening.

"She spoke up and said ‘he touched my privates’ and because she had been taught to speak up she saved herself and the other children."

Erin's Law is on the books in 26 other states already, and is named for abuse survivor Erin Merryn. The Erin's Law curriculum includes instruction for teachers to help them recognize the signs of abuse.

The chief author of the House bill, Rep. Peggy Bennett of Albert Lea, spent 30 years teaching first grade. She told the committee that, based on statistics, she probably taught a lot of children who were secretly being abused.

She recalled one third grade girl revealed she had been a sex abuse victim during the time period she was one of Bennett's students.

"We found out she was being sexually abused and had been, and I can't help but think if would've had this curriculum in my classroom, we could've stopped this."

In the other states with Erin's Law the instruction is required, but Rep. Bennett said she couldn't find enough support for a mandate to local school districts. She said her bill -- allowing the instruction -- is a step in that direction.

The committee also heard from Elizabeth Sullivan of the Empower Survivors group, who said most victims suffer in silence.

"I’ve talked to thousands of survivors of childhood sexual rape and abuse. Most of them have never told anybody," Sullivan told lawmakers.

"Over 90 percent of these perpetrators are people that the children love, know or trust."

Sullivan said adults need to be educated about the long term trauma brought about by child sexual abuse.

"Children need to know that if somebody that they love and care for touches them or rapes them, that they can give voice to it. And if they can’t give voice to it, we need adults around them that can recognize the signs and symptoms."

Sullivan and Kane both reminded legislators that preventing child sex abuse not only saves children from harm, but also saves the government money spent on treating those who've been derailed mentally and physically by the abuse.