Sophomore Jackson Pfister was taken to the hospital after a cardiac event. His official cause of death has not been identified. 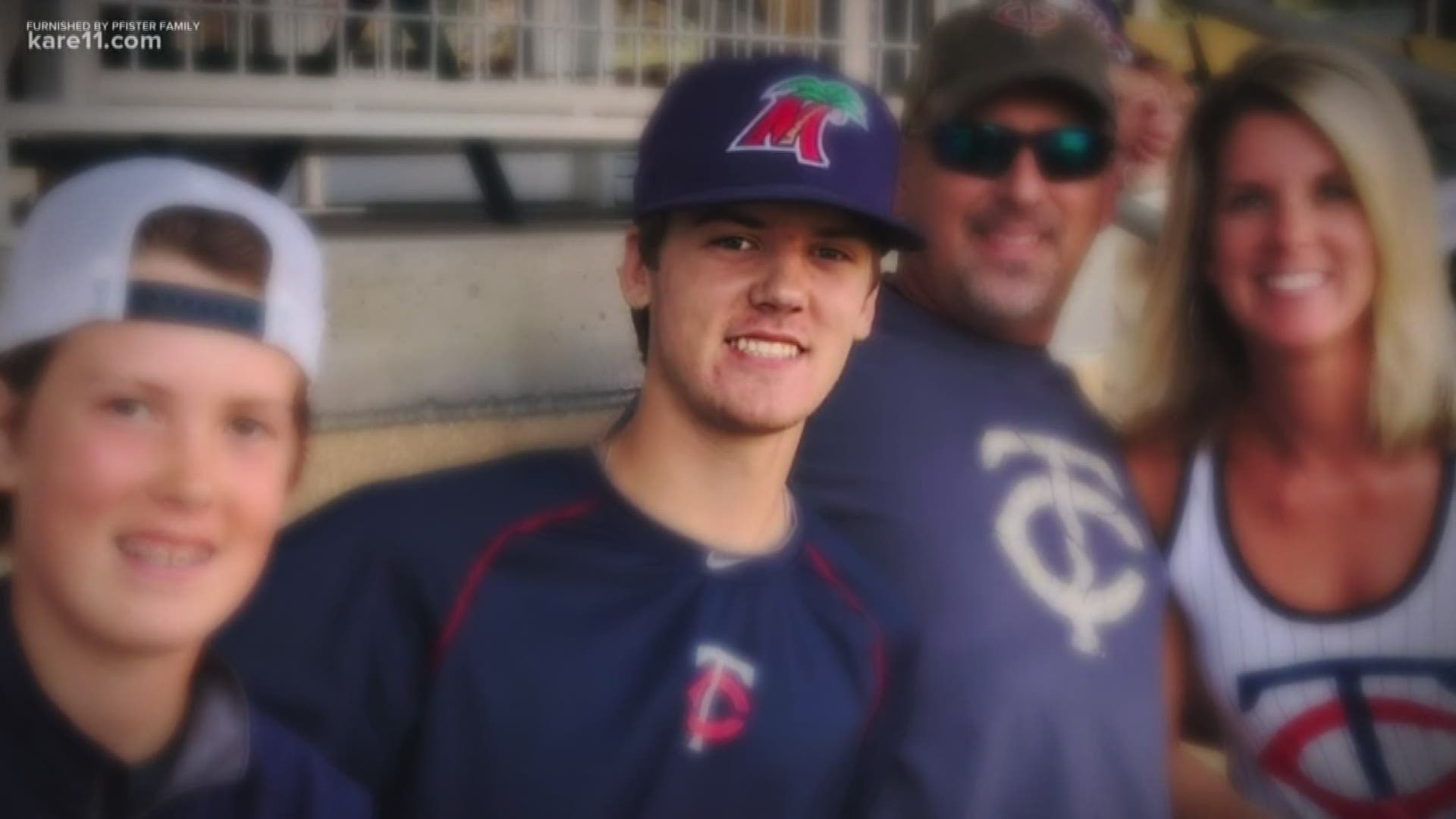 Someone lay flowers, photos, signed footballs, a hockey puck and a baseball on the 50 yard line. Around the makeshift memorial, students cried and hugged each other on Saturday.

"He was good at basically everything that he does," Lily Hanson said. Hanson said Pfister was a year younger than her but they knew each other. "He's a great student athlete. He was really good at school. He was good at every sport."

Esko Public Schools superintendent Aaron Fischer said Pfister passed away Friday evening after receiving emergency medical care for a cardiac event that happened near the end of a football game in Aitkin. He was eight days away from his 16th birthday.

Fischer added that Pfister was a "tremendous young man that brought joy to everyone he was around."

His friends on the football field wholeheartedly agreed.

"He was just like a kid who, when he walked in the room, he just lit up the whole room," Hanson said. "He was so nice. I don't think I ever heard one person ever talk bad about him. He was always that one person you always wanted to be around."

Credit: Submission
"He was just like a kid who, when he walked in the room, he just lit up the whole room," a friend said about Jackson Pfister of Esko.

Pfister's family declined an on-camera interview, but his grandmother said her grandson was a bright student who was a leader. She said he was involved in student council. Fellow students said he was also a leader on the field.

"I messed up a lot but he would always pass the ball to me," one student said.

Sunday afternoon the school district provided grief support at the high school for students, staff and members of the community. Fischer said the district will also be providing support Monday when students return to school.

"Monday is going to be really hard for everyone," Syndey Grayson said.

Pfister's family said Jackson had a congenital heart defect that he received surgery for when he was nine years old. They said Jackson fully recovered and had the green light from doctors to participate in activities and live life fully. The cause of Jackson's death has not officially been identified by the Medical Examiner's office.

According to Nelson Funeral Care, visitation will be Sunday, October 20, starting at 1:00 p.m. until the Mass of Christian Burial at 4:00 p.m. at Queen of Peace Catholic Church in Cloquet.