Leaving the snow to soak up all that rain could mean weighty trouble for your roof. 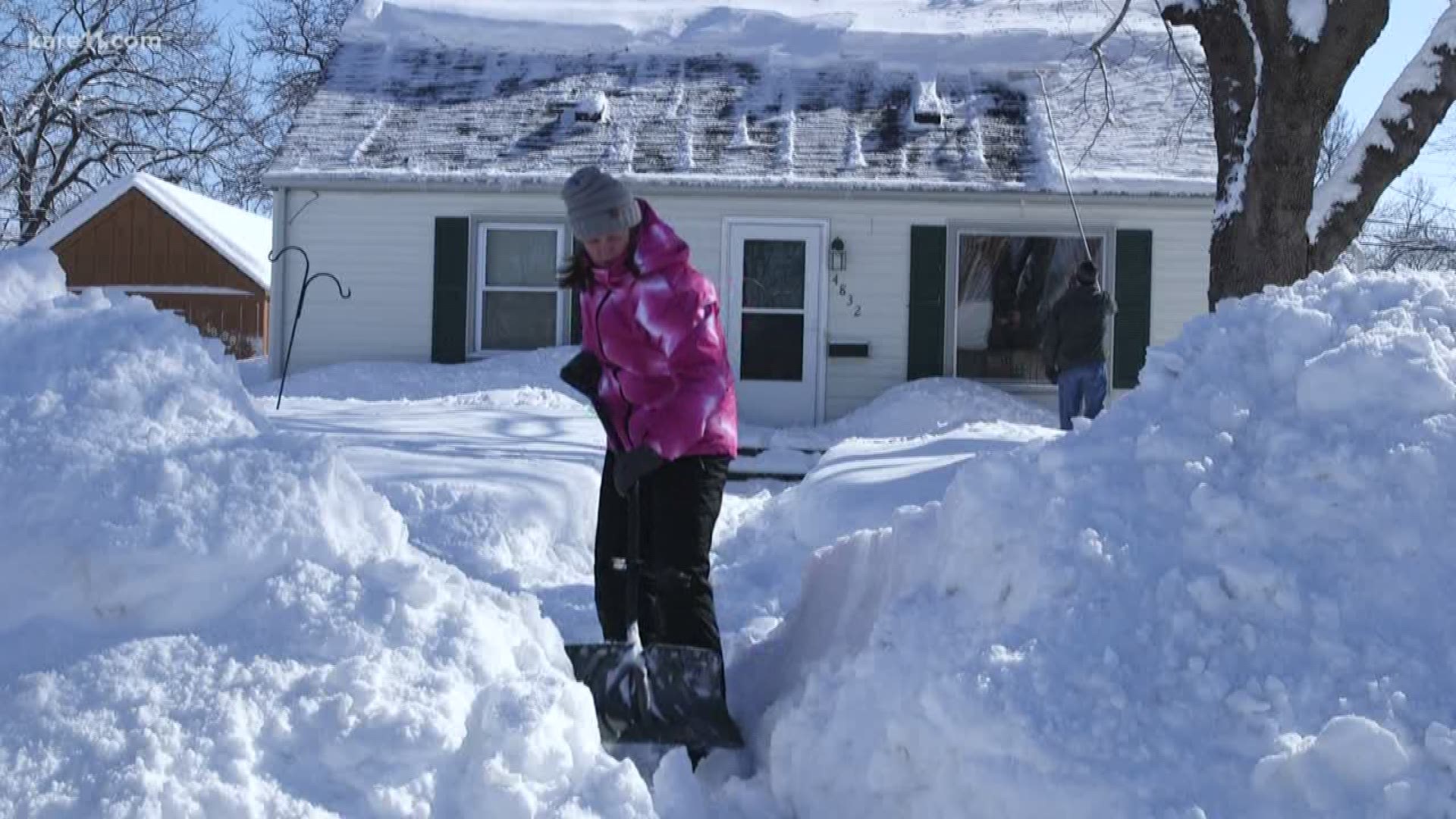 MINNEAPOLIS — Just because you're from Minnesota doesn't mean you have to love everything the state of four distinct seasons has to offer.

"I'm kind of done with it, it's getting a little bit heavy, a little tiresome," Aubrey Nielsen said, describing our late arriving, super-active Winter.

Nielsen and his wife Krista were clearing snow from their roof and property Sunday morning. The roof rake and the shovel are handy, but they say they'd rather not see the seasonal tools at this point.

"A year ago today, we were on a cruise in Miami," Krista said. "And today, here we are."

Everyone has a breaking point.

"The moment when you're done with snow-- when that little spot in the middle of your back starts hurting a lot more than you wanted it to?" Aubrey said with a laugh. He says he enjoyed the snow in the beginning of year but now, it's getting old.

To add salt to the wound, winter's gift this time around was heavier than usual.

"The crazy thing is I don't even live here," a man shoveling a driveway confessed. "I came over to help my girlfriend so I'm shoveling for her."

But even love has a limit. When asked if he was going to rake the roof for his girlfriend too, he took a look at the thick layer of snow sitting atop the shingles and said, "not a chance."

Roof experts say whatever came down needs to come down ALL the way, especially before the rain predicted for later this week.

"That rain is going to soak it up until it's super saturated and it will get to that point where it literally almost weighs as much as water," Joe Palumbo said. Palumbo is the president of the Ice Dam Guys. His company removes both snow and ice dams, and he says he's gotten an average of 200 calls every day.

If you have a flatter roof or a roof that was built before 1971, there's a higher chance of a roof collapse, Palumbo says.

"It's going to be like parking three to four SUVs on your roof, so trying to get that snow off by either calling a professional or roof-raking it, that would be the best thing," Palumbo said.

Palumbo's website says if you have difficulty opening doors or windows in your home, your roof might be holding up too much weight. It recommends calling a professional and spending the night outside of your home until the heavy layer of snow and ice has been removed safely.