GPS phone tracking apps are used widely by families, but investigators often find them being exploited in domestic violence, harassment and stalking cases. 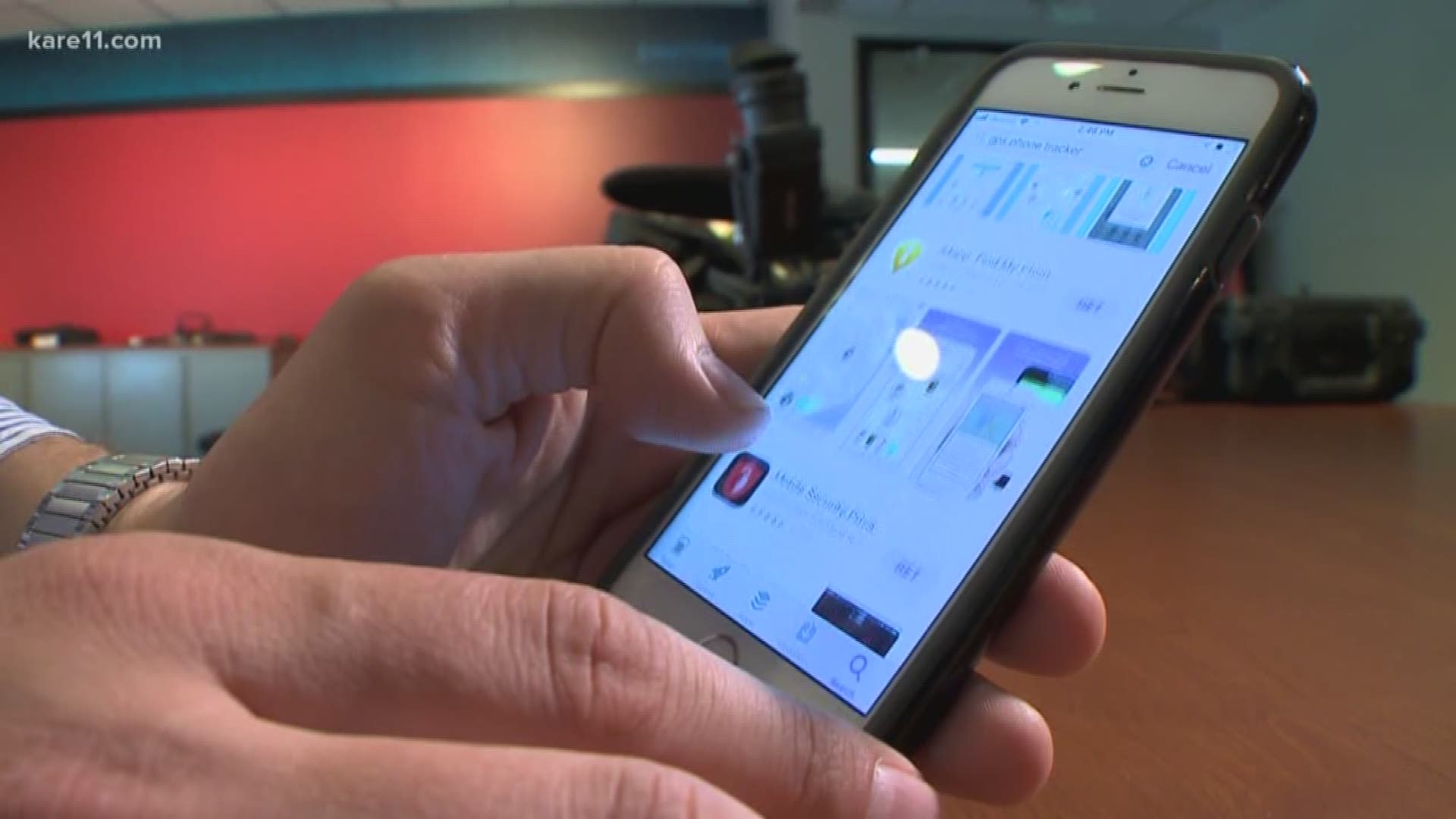 There are dozens of GPS phone trackers available to download for your phone, most promoted as ways for families to stay connected, but law enforcement agencies and domestic violence relief advocates say they are often exploited by stalkers.

"I said, 'How big of a problem is this?' and I remember the woman looked out the window and said, 'You have no idea,'" Sheriff Leslie said.

Later that year, the Dakota County Sheriff's Office received a federal grant to add an electronic forensic analyst dedicated to the issue. From 2015 to 2017, he says they went to court in 198 cases involving technology and stalking or domestic abuse. The addition of the analyst both exposed harassing behavior and bolstered cases, helping increase the conviction rate from 50 to 94 percent.

"You want to get in front of that pretty fast because that can turn into obsession and more serious offenses or violence if they're not kept in check," Leslie said.

Analyst Derrick Warnecke said they sometimes find illegal spying and key logging apps on phones, but in many cases he says stalkers or ex-boyfriends will simply gain quick access to a victim's phone and install legal, family tracking apps.

"It's essentially running in the background without their knowledge," Warnecke said.

Advocates say it's not just happening to adults. They're increasingly seeing kids providing tracking access to their friends or a boyfriend or girlfriend, only to have it used against them later.

"One app that I've been hearing a lot about from middle schoolers and high schoolers is an app that was originally for families," said Meggie Royer, who works with youth at Women's Advocates Inc. "That's kind of a precursor to probably more dangerous stalking behaviors later on. So it's very concerning that it's starting so early."

If you suspect someone accessed your phone and is using it to track you or your child, experts say you can begin by looking for and remove suspicious apps. They also suggest changing passwords and starting a dialogue with children about oversharing information, which can be exploited later.

If you have immediate concerns about stalking behavior or harassing behavior don't hesitate to contact police or an advocacy organization.