A central Minnesota mother of five says her Whirlpool Duet washing machine exploded during the spin cycle, firing ball bearings and other parts at her, knocking her unconscious and giving her a concussion. 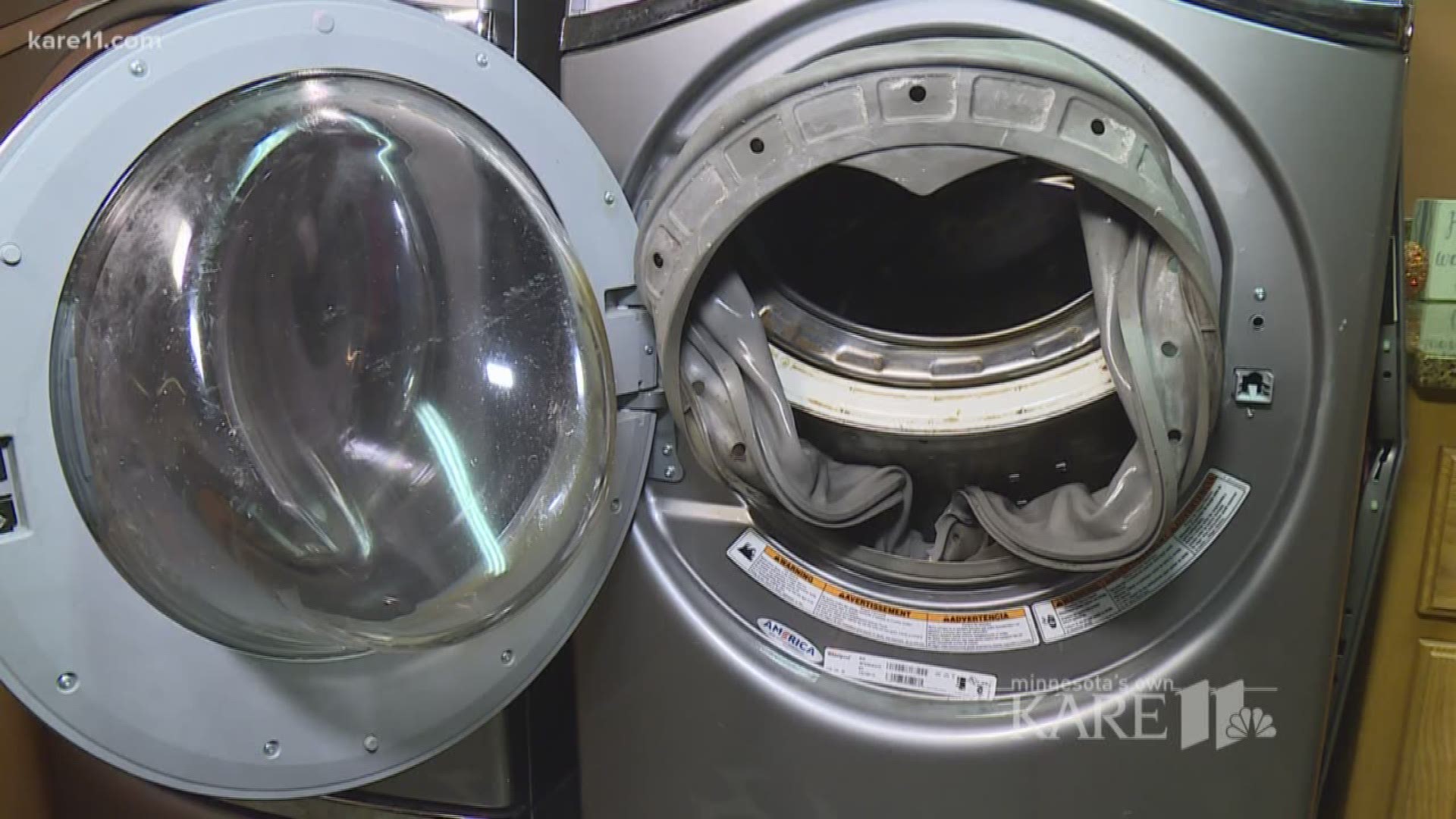 "This was different. It was a high, howl, whistling noise," she said.

She was washing her daughter's clothes. The machine was on spin cycle. And then, she says, it exploded.

"From the force I fell backwards and hit my head," Van Beck said.

Sara says she was knocked out with a concussion.

When she came to, while lying in pain, she was able to call her husband for help from her Apple Watch. Then she looked up and couldn't believe what she saw.

"These are the ball bearings that blew out. They were all over the room," she said.

Sara says those ball bearings and other parts hit her like shrapnel.

The force also caved in the side of the dryer, breaking it.

A central Minnesota mother of five says her Whirlpool Duet washing machine exploded during the spin cycle, firing ball bearings and other parts at her, knocking her unconscious and giving her a concussion.

She bought the machine just three years ago, and this model is not under any sort of recall.

Thinking back, besides the high-pitched noise and the fact the washer seemed to be spinning a long time, Sara says there was no warning of what was about to happen.

"It did not smell hot. It was not overheating. None of those things were happening. It just basically blew up," she said.

And this Catholic school teacher thanks God it was she, and not one of her five kids, standing near that front-loading door.

"It would have been deadly. And that's what scares my husband and I the most," she said.

After sharing her experience in a Facebook post, Sara has heard from others around the country who say the same thing happened to them.

She just hopes it doesn't have to happen to anyone else.

"I'm glad it was me and not one of my kids. And I'm glad I'm able to share my story to hopefully help others," she said.

KARE 11 News reached out to Whirlpool several times, but no one from the company responded.

Sara says they at first had trouble getting a response from the company, but Whirlpool has now agreed to buy her a new washer and dryer.