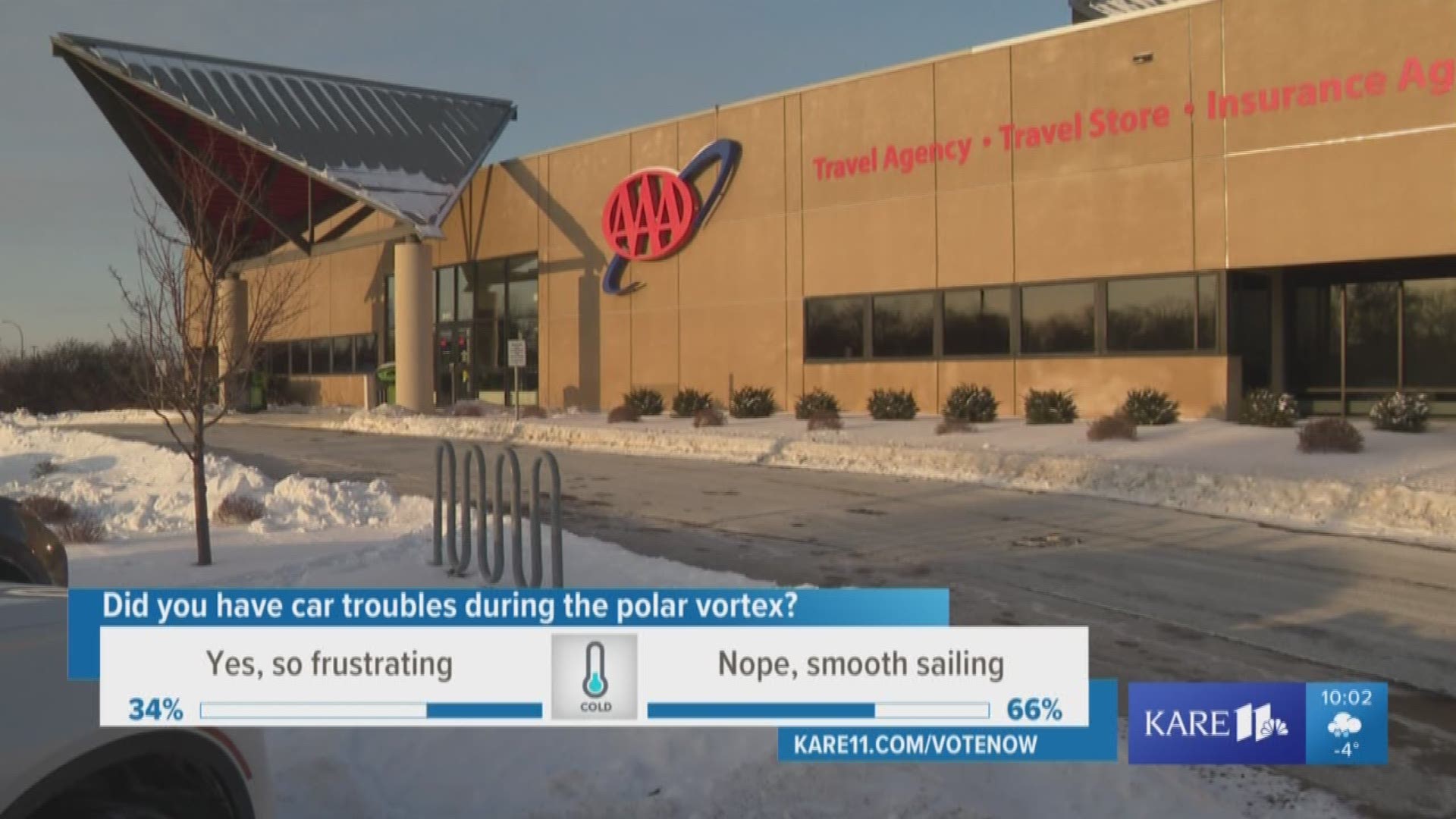 MINNEAPOLIS - The deep freeze hasn't been kind to vehicles here in the Twin Cities.

AAA Minneapolis has been fielding more than 1,000 calls per day, nearly six times the normal volume. Auto repair shops are overwhelmed. Uber and Lyft drivers are in high demand as people scramble to arrange rides to work.

For most people, the sub-zero temperatures simply killed their batteries.

Cindy Mathews couldn't even make it out of her driveway on Wednesday as she tried to commute to work.

"Tried to start the car; nothing," she said. "Turn the key. Dead battery."

She waited for more than a day for AAA to jump her car before getting a new battery at German Auto Works in St. Louis Park.

"When it gets this cold," Darth said, "the gremlins in your car really start to come out."

AAA is trying to get cars jumped and towed to auto shops as quickly as possible, but the workload is enormous right now.

Meredith Terpstra, a spokesperson for AAA Minneapolis, said it's "all hands on deck" as employees work long hours to accommodate all the calls. AAA is responding first to people who are stranded in desperate or dangerous situations.

For people who may be stuck in their driveway at home, it could take at least a few days for AAA to come out.

"The non-critical service requests are taking a little longer. They're being delayed," Terpstra said. "We're prioritizing those who are stranded on the side of the road or in a parking lot and don't have access to food or water. These conditions are very dangerous outside."

As for everyone else? Some of them have been hitching Uber and Lyft rides with drivers like Brian Driscoll, who drove non-stop for 12 hours yesterday. In some cases, employers were paying for rides because they wanted their employees to come into work.

Many drivers are also having car trouble themselves.

"I think the driver community has actually thinned out. With higher volume or riders, and smaller volume of drivers, the demand has just been through the roof," Driscoll said.

Good thing this cold snap is almost over.

"You ride with it and keep looking to that weekend," Driscoll said. "Is it really gonna be 45 this weekend? That'd be great."