A truck driver will serve an unusually short 180-day sentence for a Nebraska crash that killed a Minnesota couple and their three children. It's the outcome the victims' families were praying for. 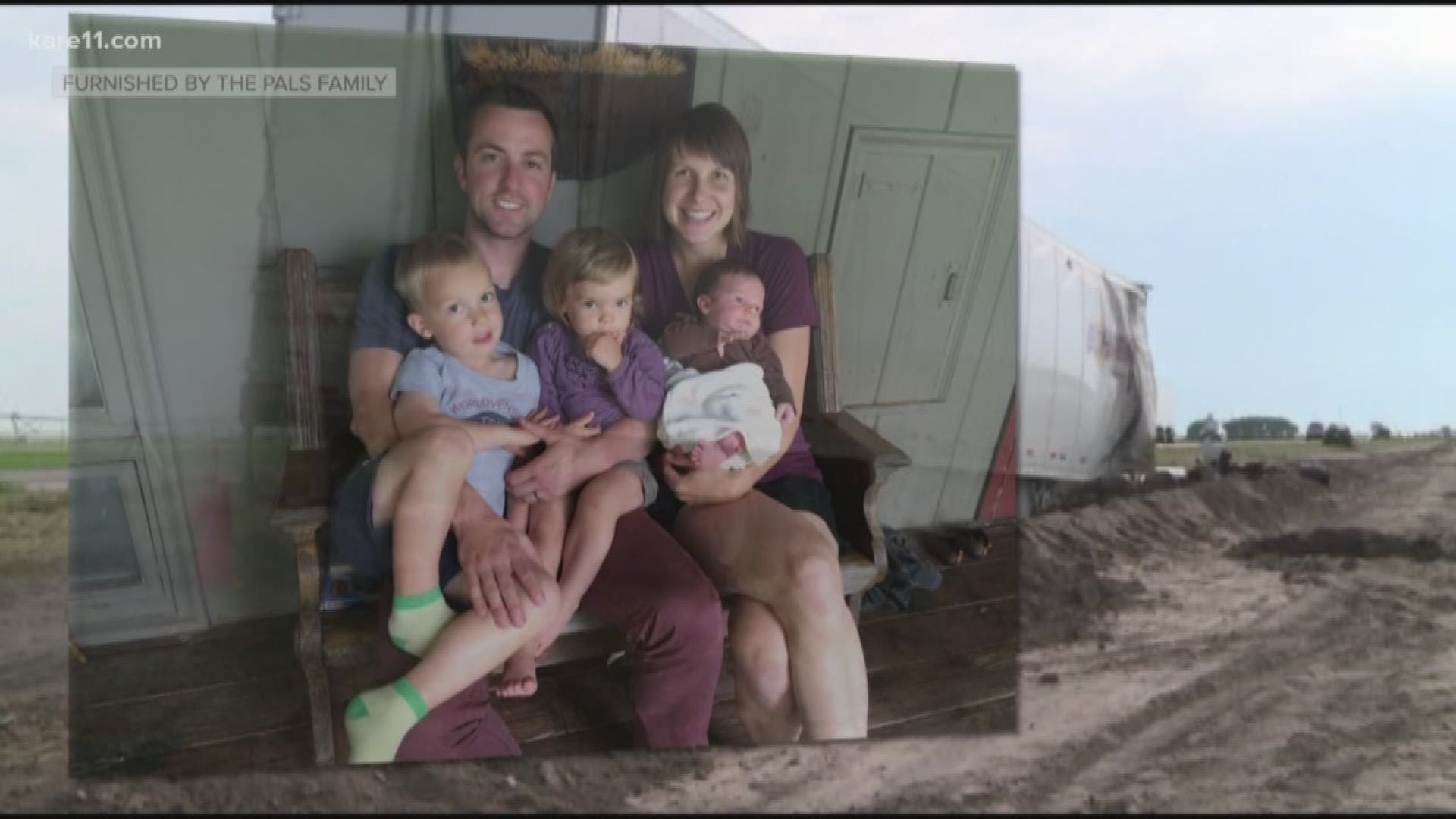 Despite strong arguments from prosecutors and first responders, a Nebraska judge has handed down an unusually short sentence to a truck driver responsible for the deaths of six people.

The reason? It's what the victims' families wanted.

"Everybody makes mistakes, and he didn't start out that day planning on killing our children," said Rick Pals, who lost his son's entire family in a crash on Interstate 80 near Brule on July 31, 2016.

Rick's son Jamison, 29, was driving with his wife, Kathryne, 29, and children Ezra, 3; Violet, 23 months; and Calvin, 2 months. The family was traveling from Minnesota to Colorado to train for a missionary trip to Japan. Their journey was cut short when they slowed down for a construction zone and a truck slammed into them from behind, igniting a fire.

The family of five weren't the only victims who lost their lives. Terry Sullivan, 56, of Denver, was in another vehicle and also died.

"I struggle to find the words to describe the grief that gripped me," Pals said, reading from an impact statement he wrote for the sentencing of Tony Weekly.

Despite the grief, Pals said he didn't struggle with anger, or what to say to Weekly during his sentencing.

"I know how much God has forgiven me. How can I not forgive you?" Pals said, reading from his impact statement. "I am not in the position of authority to extend you mercy, Tony, however I can request mercy for you."

In court on Friday, Rick asked the judge for leniency, and he wasn't the only one to do so.

"We ask the court to give the maximum allowable grace," said Gordy Engel, Kathryne Pals father, reading from the letter he and his wife, Nancy, wrote to the judge.

"We've had people say, 'Well you have to be super Christians.' No, we're just plain people but we have a super God that just lifted us up," Gordy said.

"That is how we can walk this path," Nancy said. "It's because we have hope."

The judge was listening. Although the prosecutor and first responders favored five to nine years of prison for the three felony and three misdemeanors Weekly faced, the judge decided to give him two years probation and 180 days in jail instead.

Following the sentencing, the Pals gave him a hug.

"I was kind of worried," Kathy Pals said. "I thought, maybe when I see him I won't be so forgiving, but it was just the opposite. It instilled in me more of a desire to be at peace with him."

The Pals met with Tony Weekly and his wife briefly after the hearing and even took a photo together. They say he expressed genuine remorse for the crime and told them he prays every day for the families he impacted.

You can support the family through the Jamison and Kathryne Pals Family Foundation or this WorldVenture Memorial Fund.