Saturday's training session was aimed at faith communities looking for ways to help combat the problem. 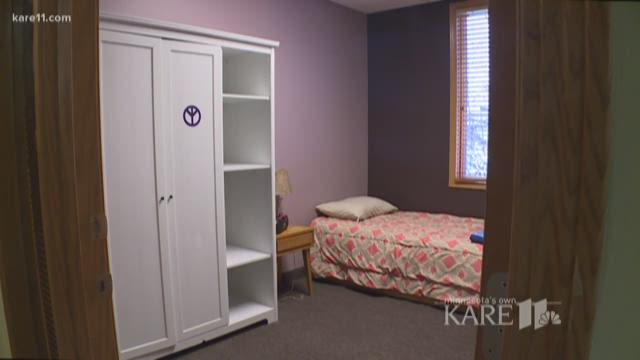 ST. PAUL, Minn. - “I am a survivor of sex trafficking,” Terry Forliti said. Then she bluntly told the people in attendance the reality of what life is like for women and girls trapped in the world of sex trafficking.

Forliti joined other advocates and outreach groups at a training session sponsored by Cherish All Children and Lutheran Social Service of Minnesota. Their message was aimed at faith communities looking for ways to help combat the problem.

“There is an uptick in sex trafficking that happens around major events in the Twin Cities,” said Jen Fairbourne of Lutheran Social Service. “But it also happens 365 days per year and we want to raise people’s awareness about that.”

Police have been working more than a year to prepare for the uptick, even visiting Houston during last year’s Super Bowl.

Local social service groups plan to double the number of emergency beds for trafficking survivors and victims and to do added street outreach in the days leading up to the Super Bowl.

But they say their work doesn’t end Feb. 4.

Christine Ostendorf and her daughter, Elizabeth, came to the event to learn.

“I've heard things about the prostitution and sex trafficking in school and in church and everything but they never really talked about all the ways people can help,” Elizabeth said.

They left armed with ways they can help tackle the problem. “I think this helped empower us,” Christine said.

So while groups acknowledge that the Super Bowl brings a challenge, they say they’re ready. And they are looking at the added attention as an opportunity to teach about the sexual exploitation impacting Minnesota youth every day.

“We don't have any idea how many people we're going to see on the street. How many women are going to come to us. We do know this. We're prepared,” said Forliti.

For more information on getting help or volunteering, here are some websites of groups actively involved in fighting sex trafficking in Minnesota: