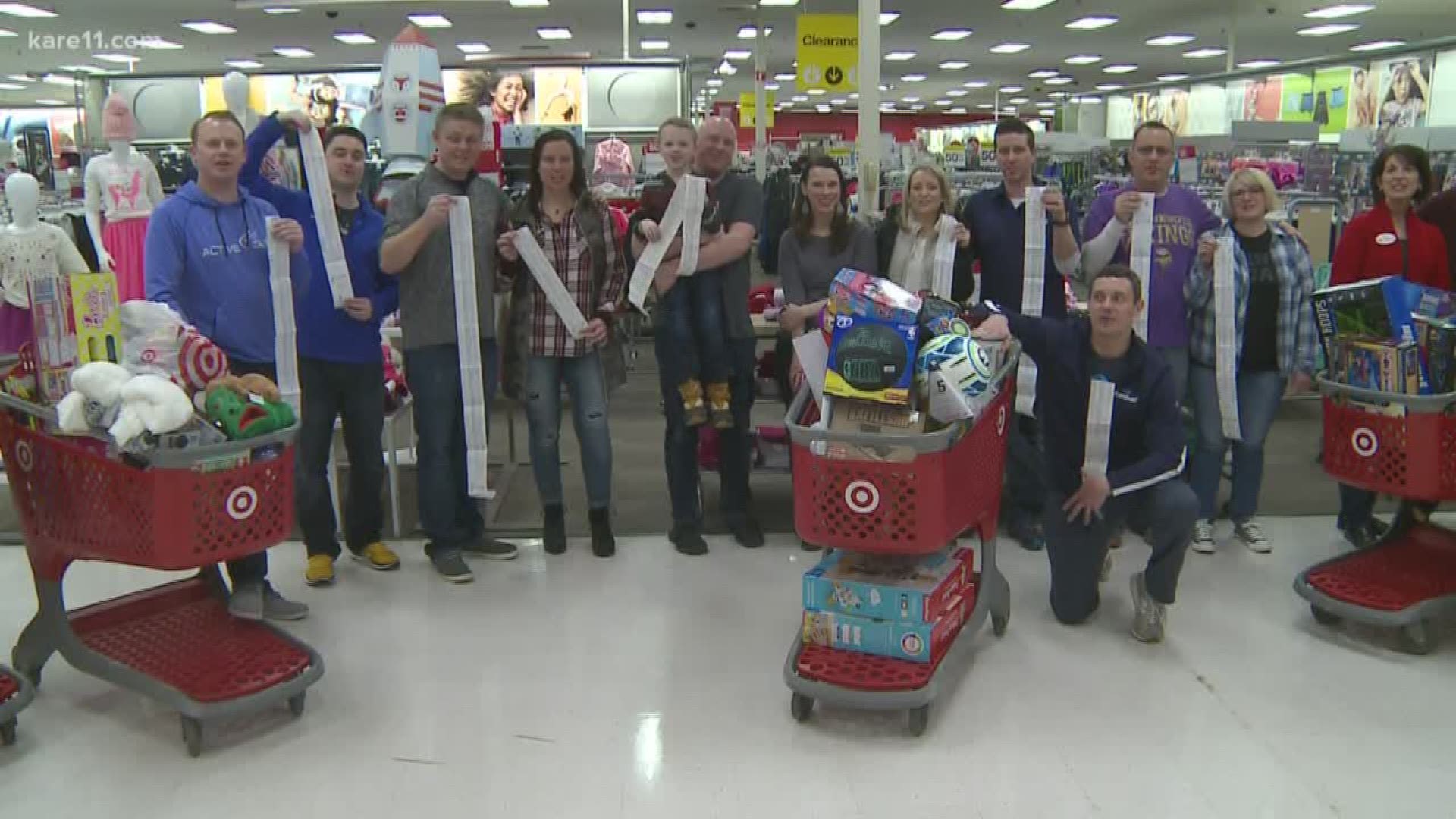 “I gently ask for donations for this charity," said Scott Fish, creator of Fantasy Cares. "I don’t require it. There’s no entry fee for the league, just to ask, 'Hey, consider donating.'"

Nine-hundred people, from regular Joes to celebrities, all compete in Scott's annual tournament.

Earlier this week the group held a $20,000 shopping spree in Eagan.

And that much money in toys isn't something credit card companies typically see.

"They blocked my card again this year," Fish said.

To be fair, who else besides Santa can usually fill 32 carts with toys?

"We're normal people with good hearts and we want to do good things."

The toys were sent out to the Salvation Army’s Toys for Tots drive.