Minnesota farmers are getting a late start on planting this season. 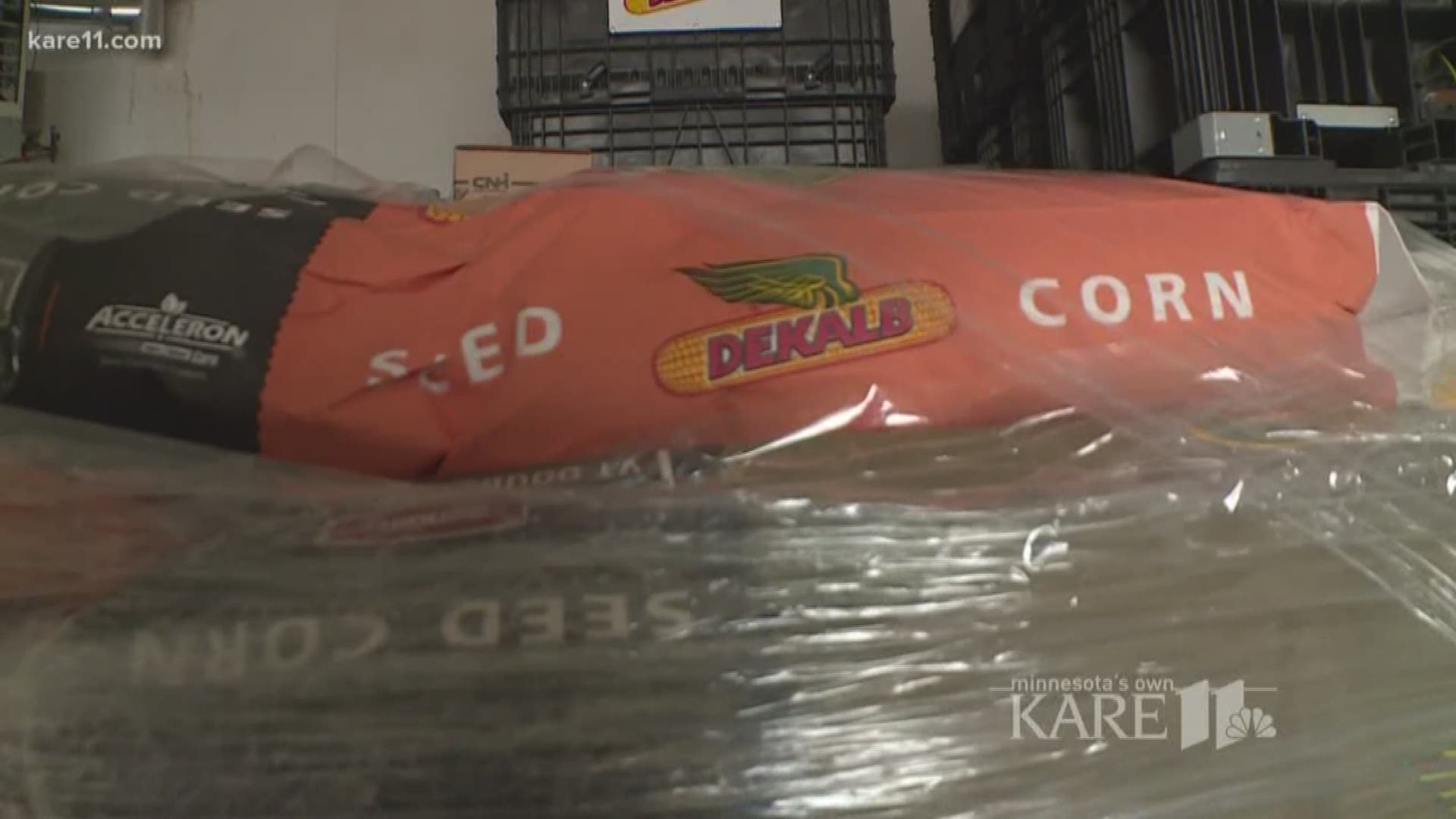 FARMINGTON, Minn. - A cold and snowy start to spring has forced many Minnesota farmers to delay planting their crops.

Devenshire Farms in Farmington mainly grows corn and soy beans. Farmer Steve Devney said the earliest they can start planting this year is May 1.

"Last year we had about 300 acres, or about a fifth of our crop, in the ground and this year we haven't done anything. So we're a bit behind but the weather's looking good," Devney said.

Their family farm is not alone.

David Nicolai, a University of Minnesota Extension educator in crops, said planting is delayed across the state because of the recent snow, as well as cold and wet conditions. He met KARE 11 Tuesday morning at the U of M Rosemount Research and Outreach Center.

"Our soil temperature is in the mid-to-high 30s ... if we look in central Minnesota to northern Minnesota, we still have considerable frost on the ground," Nicolai said. "Obviously, we would like to have those soil temperatures around that 50-degree mark."

Nicolai said farmers are also waiting for the fields to dry enough for field work and planting to begin.

"If they're delayed in their planting up through the middle of May, we'll probably get a small decrease in yield but it's not substantial. If planting is delayed beyond the middle of May, then it becomes more problematic in terms of a yield loss," Nicolai said.

According to the United States Department of Agriculture's Minnesota Crop Progress and Condition Report, there were zero days suitable for fieldwork during the week ending April 22. Spring wheat planted was reported at zero percent complete, 13 percentage points behind last year and 25 points behind the five-year average. Oats, potatoes and sugar beets were also zero percent complete–all behind schedule compared to last year.

According to the USDA, as of April 22, five percent of the U.S. corn crop has been planted. That's behind the five-year average of 14 percent.

"Little frustrating, you know," Devney said. "It slowed stuff down but then we were able to haul a lot of our grain from last year to Savage and now the snow's all melted and there's river issues so you can't do that this week. So it'll work out but it kind of makes it a little more challenging."

Nicolai added, "It will be a traffic jam, so to speak, on a lot of our country roads here in the month of May."