A striking rise in pedestrian crashes is worrying safety advocates across the country. In St Paul, researchers and police are trying to find a solution. 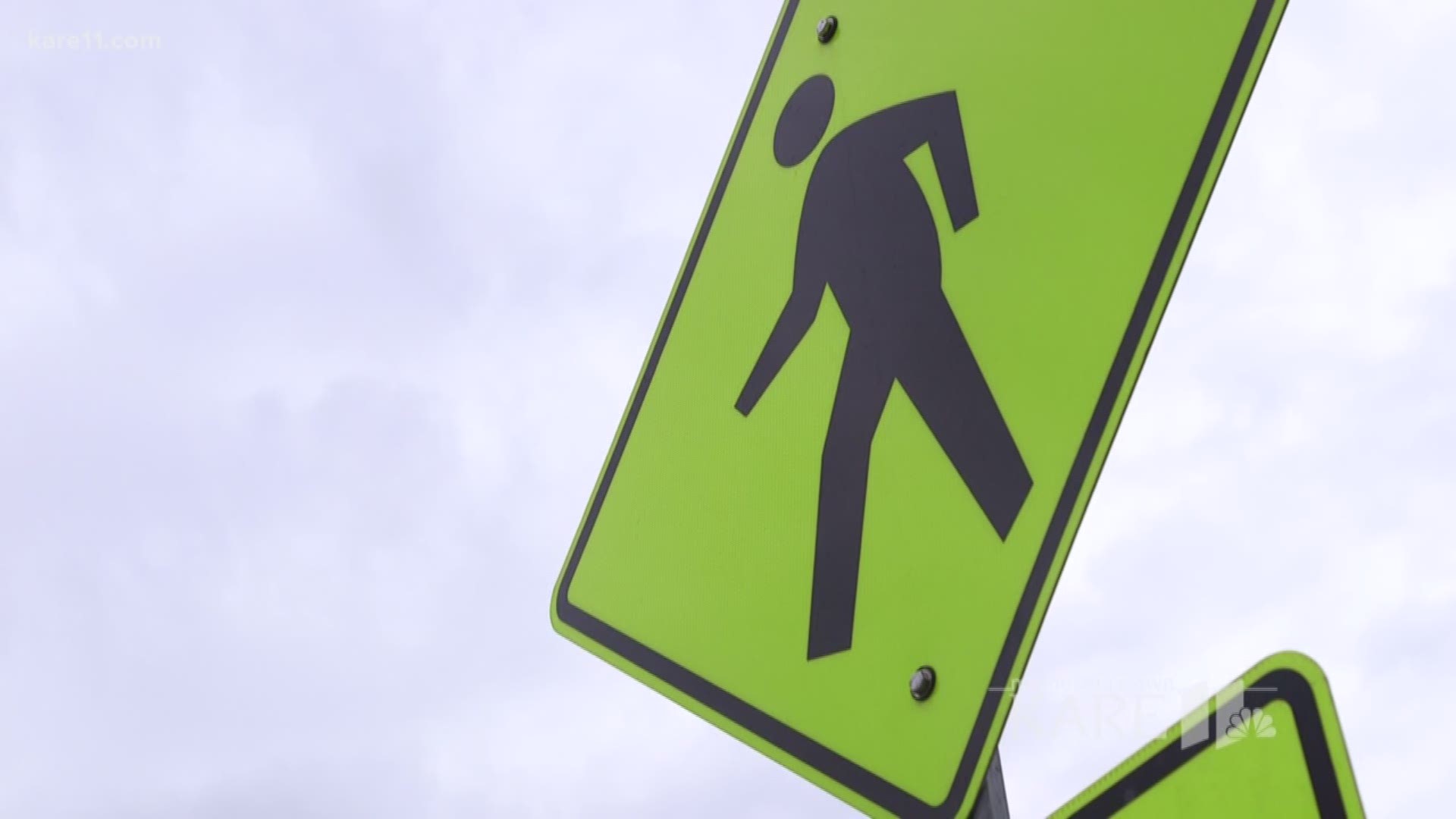 ST. PAUL, Minn. - Every other day a pedestrian or cyclist is struck by a vehicle in St. Paul, and every other month someone dies. Those statistics, based on averages provided by St. Paul Police, are exactly why an enforcement effort called "Stop for Me" is happening across the city right now.

In what has become an annual effort, police officers are targeting different intersections this spring to identify drivers who fail to yield to pedestrians. The officers either issue citations or warnings depending on what they observe as a volunteer attempts to cross at a designated crosswalk.

This year, the effort is bolstered by research at the University of Minnesota Center for Transportation Studies. The HumanFIRST Laboratory has been studying 16 different intersections across the city twice a week, and they are still finding many drivers still simply don't stop for pedestrians.

"It was a little disappointing because I live in St Paul and I have a lot of pride in the city, but only about 3 in 10 cars stopped for us," said Nichole Morris, Director of the HumanFIRST Lab.

During a test at 7th St and Bates on Tuesday, Morris watched 13 vehicles cross the intersection as she was attempted to enter a crosswalk. Once a vehicle did stop for her, she still had to stop twice for the vehicle that cut through her path.

"That's what we call, a multiple threat event, where one car yields to us, but a car in the next lane, flies past that vehicle," Morris said. "If I wasn't really mindful of that and I continued on, walking at a normal pace, I would have been struck at full speed and possibly killed."

Though Morris' research focuses on crosswalks in St Paul, it reflects a larger issue with pedestrian deaths happening nationwide. According to the National Highway Traffic Safety Administration, fatal pedestrian crashes have risen 46 percent since 2009. In 2016, there were nearly 6,000 deaths, which was the highest total in 28 years.

"It's a big question as to why are we seeing this spike?" Morris said.

"We see that a lot," Morris said, just as a car sped through the crosswalk near her. "Case in point, that car is going much faster than the speed limit, it would not have been able to stop in time."

Though engineers are looking at how crosswalks could be improved through design, police are hoping enforcement efforts like "Stop for Me" will also help educate drivers before it's too late.