Finding Christopher: One mother's story from the 'baby scoop era'

They called it the "baby scoop era" -- a time when unwed mothers were separated from their newborn children, without their consent. 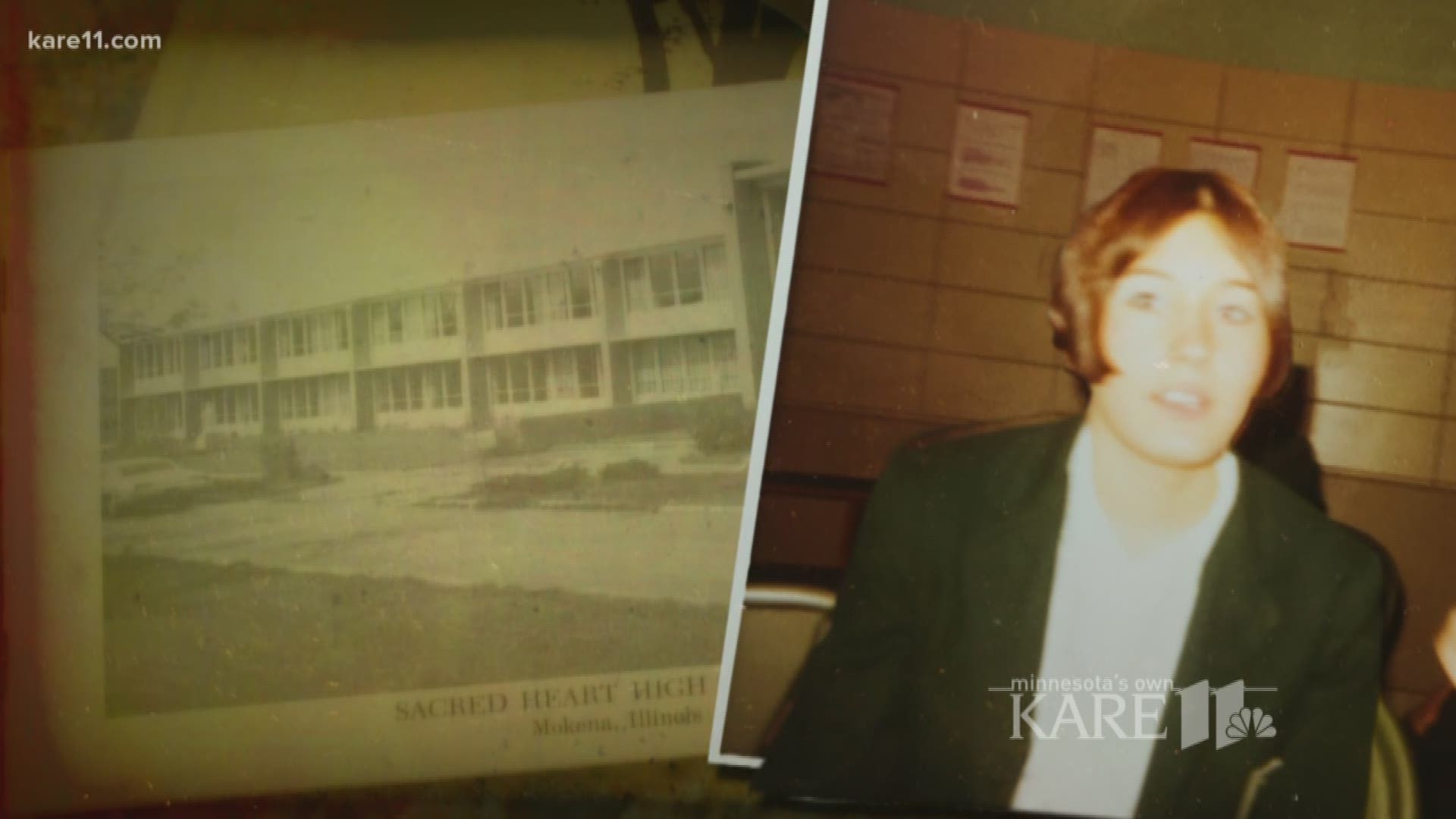 In the years between 1945 and 1973, 1.5 million unwed mothers were pressured by their parents, churches, even society, into going into a sort of hiding, having their babies and then signing those newborns away for adoption.

It was so common the phenomenon has a name. When we talk about it today, it's referred to as the "baby scoop era."

But to those it affected most, it wasn’t an era, it was the most difficult decision they were never allowed to make.

Credit: Carly Danek, KARE
Back then, Barb knew all there was to know about mass about the rules of the church, but what she didn't know much about she knew she couldn't ask about. She didn't know about sex.

She had good, hard working parents, who were good, strict catholics, which was nothing out of the ordinary for the post-war Chicago suburbs.

"I went to Catholic grade school, did all the sacraments, I mean, I thought I wanted to be a nun until I was 15 years old," she said.

Back then, she knew all there was to know about mass, about the rules of the church, but one thing she didn’t know much about, she also knew she couldn’t ask about.

She didn’t know about sex.

She didn’t really know how to get pregnant or how to prevent pregnancy.

"They didn't teach you anything about sex. It was a bad word back then," she said.

But there were obvious consequences to not knowing, and at 15 years old, what she never really thought was possible became her reality.

She and her long-term boyfriend figured out in the spring of their sophomore year in high school that Barb was pregnant.

Credit: Carly Danek, KARE
Barb and her long-term boyfriend figured out in the spring of their sophomore year in high school that she was pregnant.

After confiding in her older sister, her parents were told -- and they were hurt and furious. The same could be said for her boyfriend’s parents.

Both sets of parents met immediately, without Barb, and came up with a plan.

It was a plan that hundreds of thousands of other parents executed at that time.

Barb would be sent away to another city, she would not speak of her pregnancy to anyone and she would have that child in as much secrecy as possible.

"I never went back to school after my parents found out. I was told not to tell anybody," she said, through tears.

Barb was sent to live with relatives in Toledo, Ohio and while she was there, and pregnant, her days would be spent at the Florence Crittenton home for unwed mothers.

Credit: Carly Danek, KARE
&ldquo;I went to Catholic grade school, did all the sacraments, I mean, I thought I wanted to be a nun until I was 15-years-old,&rdquo; Larson said.

"They asked me all sorts of questions as far as my nationality, my education, my health history," she said, recalling the day she was admitted into the home.

But she also remembered not knowing why they were asking her such questions, and she also didn’t ask why.

In the answers she gave them, Barb was unintentionally beginning the roadmap of her unborn child.

But intentionally, Barb was beginning the roadmap of the new life she and her baby would live together.

"I remember going in my bedroom at night and I had a Pennys and Sears catalog that I would circle absolutely everything that I needed for my child," she said.

On that day, Barb gave birth to a healthy baby boy at 7 pounds, 11 ounces.

After giving birth, she was told that she could not see him. Even then she said she still didn’t know why, and she wouldn’t on that first day.

But what she would do, for the first time, was find him.

"I knew I had to see him, lay eyes on him. I needed him to know that I was there for him," she said.

Those stolen minutes through a hospital window was all she would get as hours later she was told the plan everyone else had for her and that child all along.

"I had to be in an office at the hospital and talk with a caseworker and I didn't understand what that was but they put papers in front of me and just said I had to sign these papers," she recalled.

Credit: Carly Danek, KARE
Barb Larson says at 15 years old, she was forced to keep her pregnancy a secret -- and then, without her knowledge -- was forced to give her baby away.

Barb said she fought them once she realized what the papers were, but it was of no use, she said. They told her the adoptive parents were on their way.

One thing she did do, was name the child.

She named him Christopher, for St. Christopher -- the patron saint of travelers.

Forty-seven years have passed since that day, in Toledo, when Christopher was born. In that time, Barb married and had two great kids and three beautiful grandchildren.

But she still thinks, of him, daily.

And so, in the last six months she has begun another quest to do what she did before, and find Christopher.