Twenty years ago, as a student volunteer, Katie helped clean up when a tornado hit St. Peter, a preview, it turns out, for what was coming. 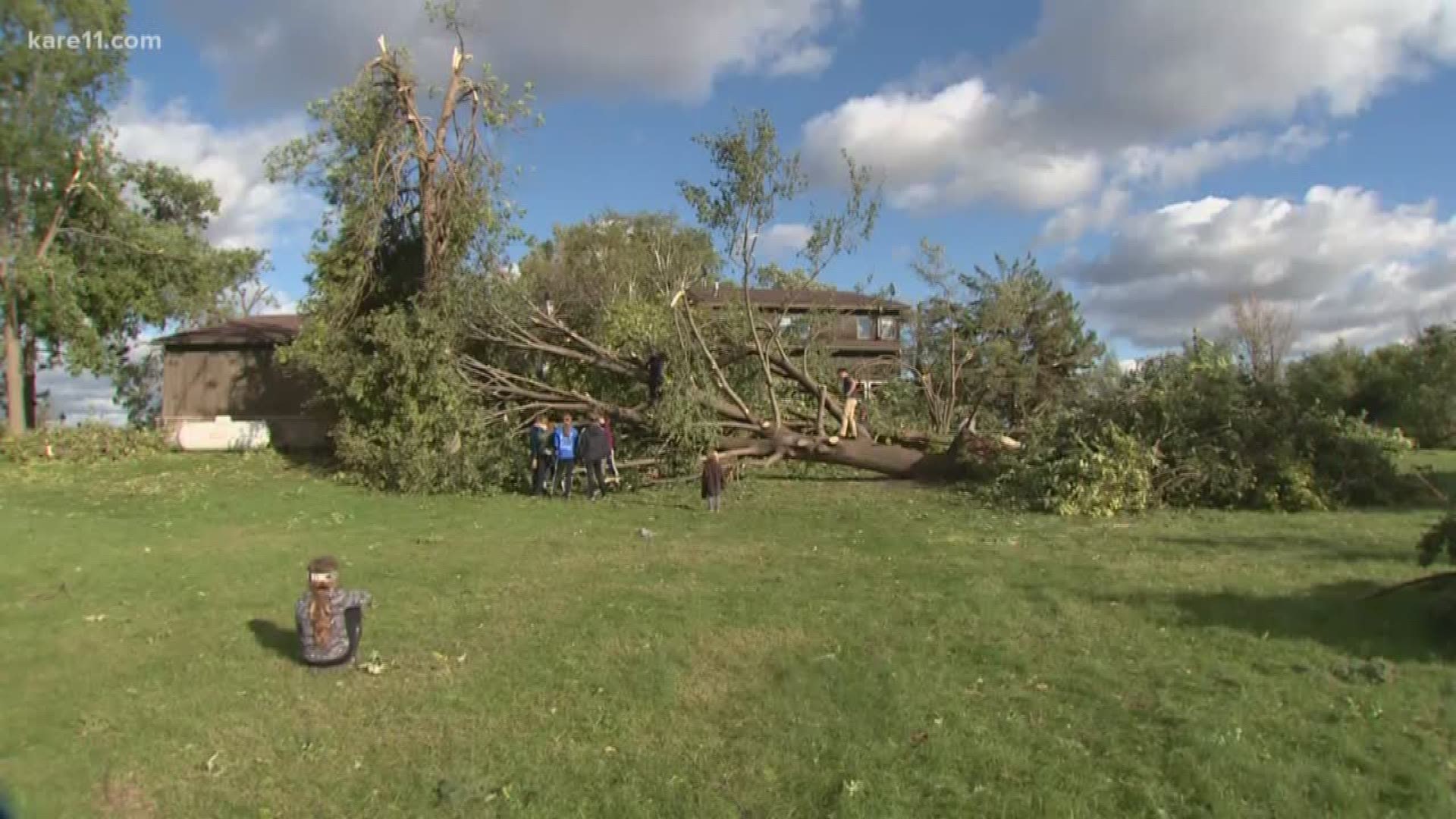 NORTHFIELD, Minn.—If Katie Engelmann seems she inspired the phrase "calm after the storm," it's because Thursday's tornado near Northfield was not her first.

Twenty years ago, as a student volunteer, Katie helped clean up when a tornado hit St. Peter, a preview, it turns out, for what was coming.

Last summer, living in Florida, Katie, her husband, Mike, and their four young kids braved their second hurricane in two years, forced to evacuate their dream home near Tampa.

"It's crazy to think of the coincidence," said Mike.

They bought a hobby farm near Northfield, and settled in to what they hoped would be a quiet life.

"We thought we need to go back to Minnesota where there's no hurricanes," said Katie. "We rolled our dice, and here we are." Three months later, disaster struck again.

This time, a house fire gutted their music room and filled their main floor with heavy smoke. It took six months to recover.

"Two hurricanes, a house fire and a tornado hitting your house in less than two years," said Katie. "That doesn't happen. But it does."

It does, because Thursday night, as the Engelmanns hid in their cellar, a tornado smashed their deck, blew out their windows and downed 30 trees, yet injured no one.

And today, as their family once again began to rebuild, cars of high schoolers arrived to help.

The Northfield cross country team came to clean up just as Katie did all those years before.

"We just wanted to serve other people," the students said.

"They're amazing," said Katie. "This is incredible."

So is everything the Engelmanns have been through, hoping this storm will finally be their last.

"What are the odds of us getting anything else?" said Katie with a laugh. "What's left?!"