If you live anywhere near the Minnesota River, the gnats will remain close, and you might want to keep the DEET closer. 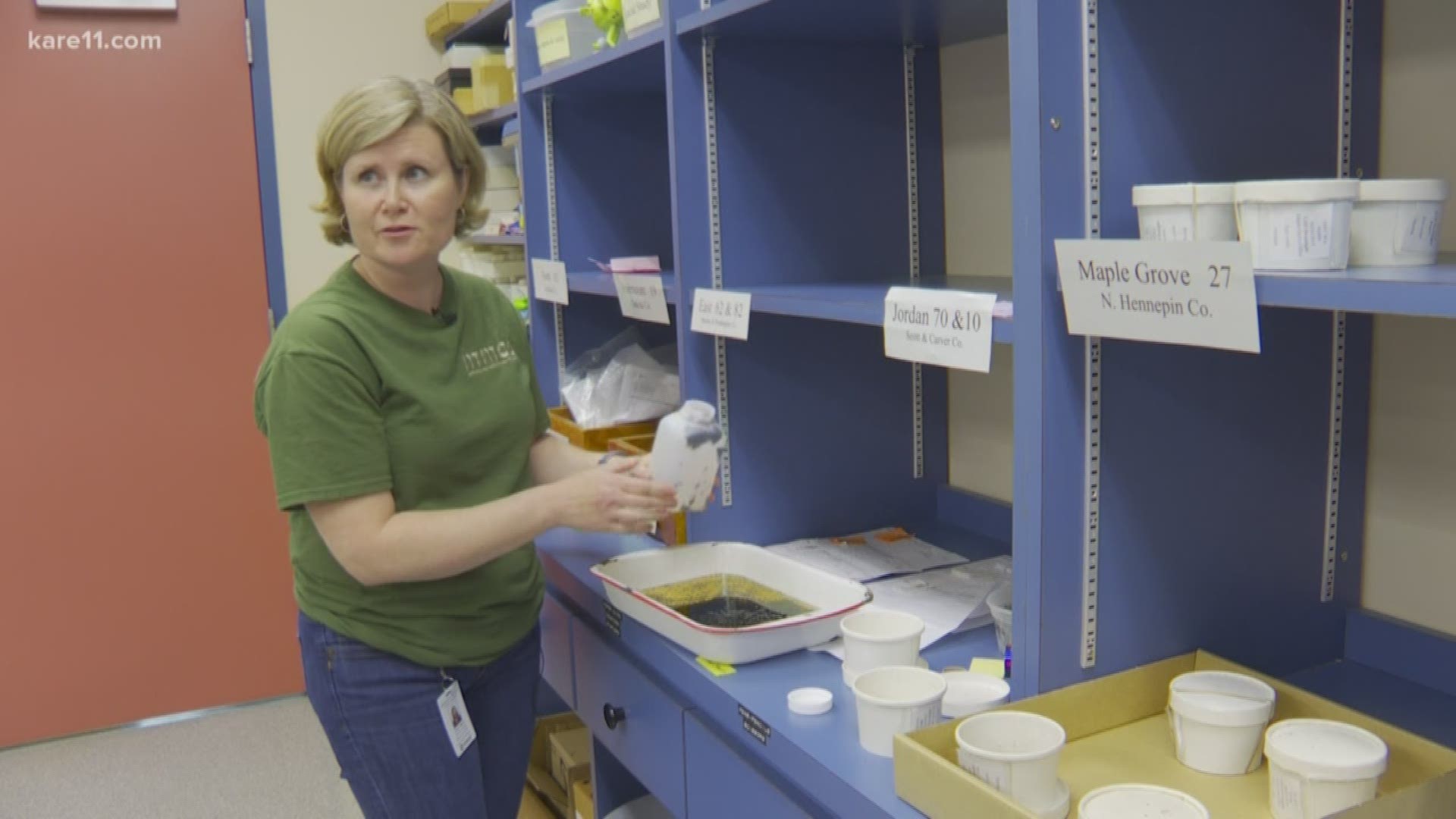 GOLDEN VALLEY, Minn. — The Huber Park playground in Shakopee looked very quiet from a distance on Wednesday, but if you looked closer, you could see the lack of people was due to a swarm of gnats.

"There's no where to go," said Heather Himler. "It's horrible. We live in Shakopee and we came down here tonight and it seems even worse around here."

According to the Metropolitan Mosquito Control Division, it is worse at the park, and every other location up and down the banks of the Minnesota River.

"This is a CO2 trap that was collected last week near the Minnesota River," said Carey Lamere, who studies black flies for the MMCD. "This is an extreme amount of black flies, probably 50,000 or more in just one day."

According to black fly control specialist John Walz, the Minnesota River area is the worst stretch in the entire metro because the river is flooded and rushing too fast for treatment. The same conditions are perfect for gnat breeding.

"We haven't been able to get our samplers out there yet this year, and that's been our problem," Walz said. "It could be another week or two before we can get in there."

In the meantime, if you live anywhere near the Minnesota River, the gnats will remain close, and you might want to keep the DEET closer.

"Deep Woods Off or repellent does help," Walz said. "It's not ideal but it certainly will help."

"It works moderately but I don't think it's fool proof," Himler said. "I feel like we have to spray it quite a lot. They stay away for a few minutes and then they're back and then we spray again."

Walz says gnats are also less attracted to light clothes and don't like smoke. But he said home remedies like Vanilla or other dryer sheets have limited effectiveness when faced with this many gnats.

"We know it's annoying, I mean, we don't like it either, but we are a little limited and we'll do what we can as soon as we can," he said.

"Let's hope it goes away soon," Himler said. "So we can play outside again."

There is some good news if you don't live along the Minnesota River. Metro Mosquito Control has been able to start treatment along most other rivers in the area, so those gnat numbers are already starting to drop.