Folks in Barron return to churches to give thanks 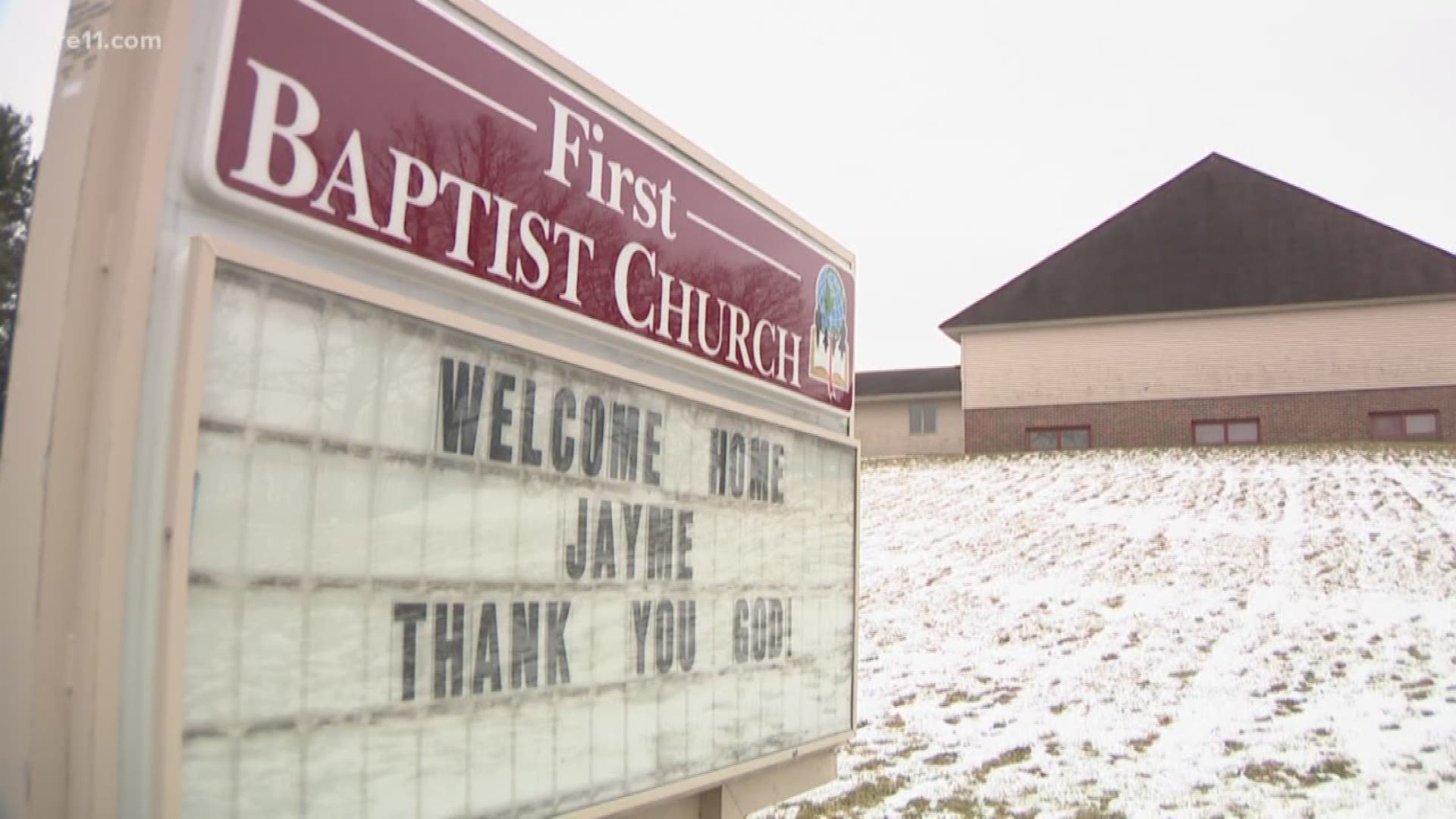 Sunday, worshipers returned to their pews – this time to say thank you for prayers answered.

“We are so grateful and so thankful that our town's daughter has come home,” Rev. Floyd Lunde, pastor at First Baptist Church, told his congregation.

Lunde then reminded his flock, Jayme’s return is not the end of the journey.

“This is the end of the beginning and she now has to rebuild a life – and she does so without her parents,” he said. “The two who were killed just a mile from here, their families need our prayers.”

Debby Gander clung on Lunde’s words.  She worked with Jayme’s parents just down the road from the church at the Jennie-0 turkey plant.

“Jayme saved herself, her own life, and we're so grateful,” he said.
Sandmann and the other members of First Baptist have been praying since Jayme’s abduction.

Patience Snyder - one of Jayme's old babysitters - still is.  “Praying that she heals and gets better and feels at home again,” she said.

From the pulpit, Lunde challenged his congregation. “There's a young man sitting in the Barron County Jail who will probably spend the rest of his life in jail - rightly so,” the pastor said. “He needs our prayers too. You say, ‘Well, he doesn't deserve our forgiveness.’ Well, neither did I.”

Barron’s mayor, Ron Fladten, also a member at First Baptist, said Jayme’s disappearance and homecoming has caused many in his community to reassess.

“I think it caused a lot of people to think more about what's important in life,” he said.

The Facebook group Healing for Jayme Closs has set up a PO Box for the public to send well wishes, cards and gifts to Jayme and her family. It is: