"It was a big headline," said Greg Walsh, owner of Martin Patrick 3. 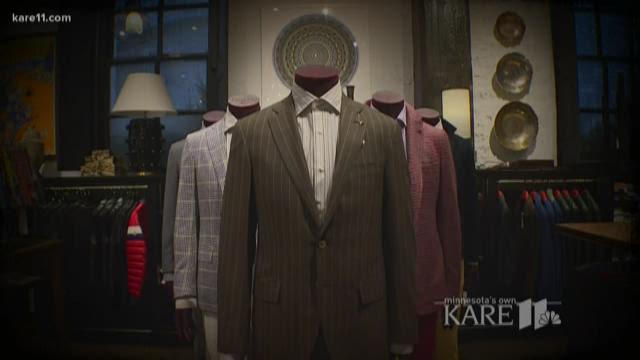 MINNEAPOLIS - Forget Paris, New York or Milan. A Forbes writer says that the Twin Cities are the future of brick and mortar fashion.

Pump the brakes, everybody. What did she say?

“It was a big headline,” said Greg Walsh, owner of Martin Patrick 3.

Walsh founded MP3 on men’s accessories, furniture and interior design all combined together at the rock bottom of the recession in 2008.

Then they added clothes and art and fragrances and jewelry and a barber shop and a bar... etc.

Each room in the soon-to-be 22,000-square-foot store is its own boutique of high-end lifestyle, tailored for men’s taste.

“It kind of rolls from space to space," said Walsh. "Unlike a lot of other stores where you can kind of see everything, there's a discovery about it.”

According to a recent Fast Company article, MP3 has grown by at least 40 percent in sales every year.

As for the "hottest retailing city in the country" claim in Forbes, Danziger points to Nicollet Mall and the North Loop, other shops like Askov Finlayson and D.Nolo that offer local retail in a way that online stores do not.

They are—in a sense—bringing folks back to brick and mortar, according to the article.

We asked Walsh how his brick and mortar store can compete with an Amazon.com, which has crushed traditional mom and pop boutiques and established international department stores alike.

“We used to do ecommerce and about nine months ago just shut it all down. Our store is about being here, the experience, the staff we have, that are highly educated about the product and the personal service and attention to it,” said Walsh.

Walsh says out with same old, same old. This is local, this is cool, this is quality, with a kiss of Minnesota nice.