A former Saint Paul Public Schools teacher is suing the district, claiming it racially discriminated and retaliated against him after he spoke out about problems in his school. 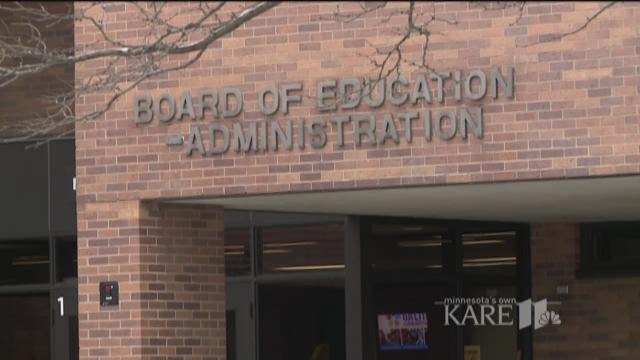 ST. PAUL - A former Saint Paul Public Schools teacher is suing the district, claiming it racially discriminated and retaliated against him after he spoke out about problems in his school.

Benner's lawsuit states that he spoke out against the school district's racial equity policy at a school board meeting in May, 2014. The lawsuit states he was the only African American teacher at Johnson Elementary School at that time.

The lawsuit states Benner believed the district's racial equity policy was not holding African American students accountable for behavior issues as opposed to students of other races, and that policy was causing African American students to act out more. The lawsuit quotes Benner's statement at the school board meeting as saying, "Dr. King would be very disappointed because here we are 51 years later and the concept of the matter at hand is skin color."

The lawsuit claims the school district launched a series of investigations and disciplinary action against him in the 2014-2015 school year as retaliation.

Up to that point Benner had no disciplinary records in 14 years of working for Saint Paul Public Schools, according to the lawsuit.

The lawsuit states Benner faced his first investigation after an incident in September, 2014, when he witnessed a 4th grade boy punch a 4th grade girl in the face, knocking her out cold. According to the lawsuit, the girl was taken to the school nurse, and Benner reported the incident to the principal. But when Benner called the student's mother two days later to check on her condition, the suit claims the mother knew nothing of the incident. The mother called the school, upset she hadn't been notified about her daughter's assault, according to the lawsuit. After that phone call, Benner was subjected to an investigation and disciplined, the lawsuit states.

At the end of the school year, Benner went on national television to talk about the problems in the Saint Paul Public School District.

Benner anticipated that he may get fired and resigned from the school district in August, 2015, after taking a job at Community of Peace Academy, according to the lawsuit.

Later that month Benner filed a charge with the EEOC of Discrimination and Harassment, claiming the school district discriminated against him based on race and retaliation, violating Title VII of the Civil Rights Act of 1964, according to the lawsuit.

The Saint Paul Dept. of Human Rights and Equal Economic Opportunity sent Benner its finding on that charge in April, 2017, said Benner.

Benner says the Saint Paul Human Rights Dept. arranged a conciliation meeting between the school district and Benner in April this year to resolve the issue. Benner says he asked for $260,000 compensation for two years' salary. Benner says school district officials did not show up to the meeting, so Benner went ahead with filing his lawsuit.

KARE 11 reached out to Saint Paul Public Schools for comment. A spokeswoman said the school district does not comment on pending litigation.