As the Marcy-Holmes neighborhood near the U deals with ongoing safety issues, a former professor is pitching his app as a potential solution 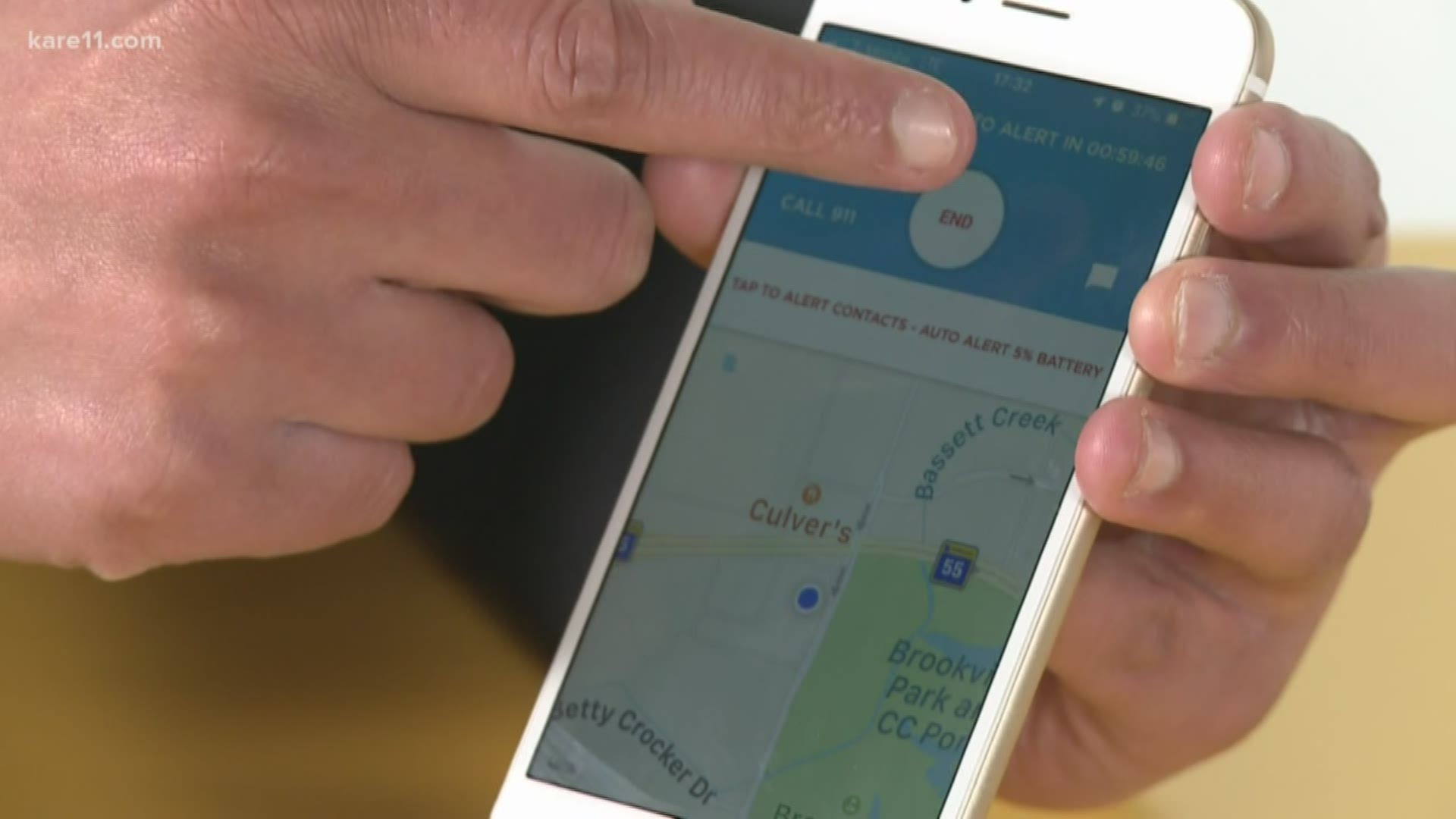 MINNEAPOLIS -- In Marcy-Holmes, the year 2019 has been dominated by discussions of safety.

The city's oldest neighborhood, near the banks of the Mississippi River and adjacent to the University of Minnesota, has been plagued by several high-profile homicides, sexual assaults and thefts. As of Monday, a total of 92 violent crimes were reported this year, marking a 28 % increase from last year and the highest total in at least a decade for the area, according to Minneapolis Police data. In response to the uptick in crime, the department boosted patrols and the community has held several safety meetings.

Dr. Muhammad Abdurrahman, a former doctoral student and professor at the U of M, has attended some of those meetings.

And he's been discussing his "ClutchSOS" app with neighbors, which he believes could help the situation, in combination with the MPD's investigative work and increased patrols.

Here's how it works: When you want extra safety, while, say, walking to your car or across campus, the app tracks your location, records audio and lets your friends and family follow along every step of the way. Essentially, with the press-and-hold of the start button, you can stay connected with a chosen circle of contacts during a variety of situations.

"They can see exactly where you are," Abdurrahman said. "They can speak to you, they can hear everything that's going on, they can call the cops for you."

Although the app has been under discussion in Marcy-Holmes lately, some students — and others — are already using the product.

Abdurrahman said the idea traces its origins to three years ago, after he listened to safety concerns from his students, ranging from active shooter situations to sexual assaults. According to the ClutchSOS website, the app "provides strategies that address three areas of Sexual Violence Prevention and Response which includes: Primary Prevention, Risk Reduction, and Response mechanisms for reporting to authorities," according to Katie Eichele, the director of the Aurora Center for Sexual Violence and Stalking at the U of M.

Abdurrahman said the ClutchSOS app has already been used in at least one court case, resulting in a restraining order.

"ClutchSOS," Abdurrahman said, "is a security system for the self."

Inevitably, apps of this nature will spur questions of data collection and privacy.

Abdurrahman emphasized that audio recording can only begin with the push-and-hold of a button by the user, and he said that the audio can be deleted. Also, data is not shared or distributed.

"We've taken strong precautions to make sure this data belongs to you and is not sent out. We're not selling ads or anything like that," Abdurrahman said. "We're not selling your data. We have no intention of that."