Andrea Loth and her Gift Six "wrappery" are wrapping hundreds of gifts a day in these final days before Christmas. 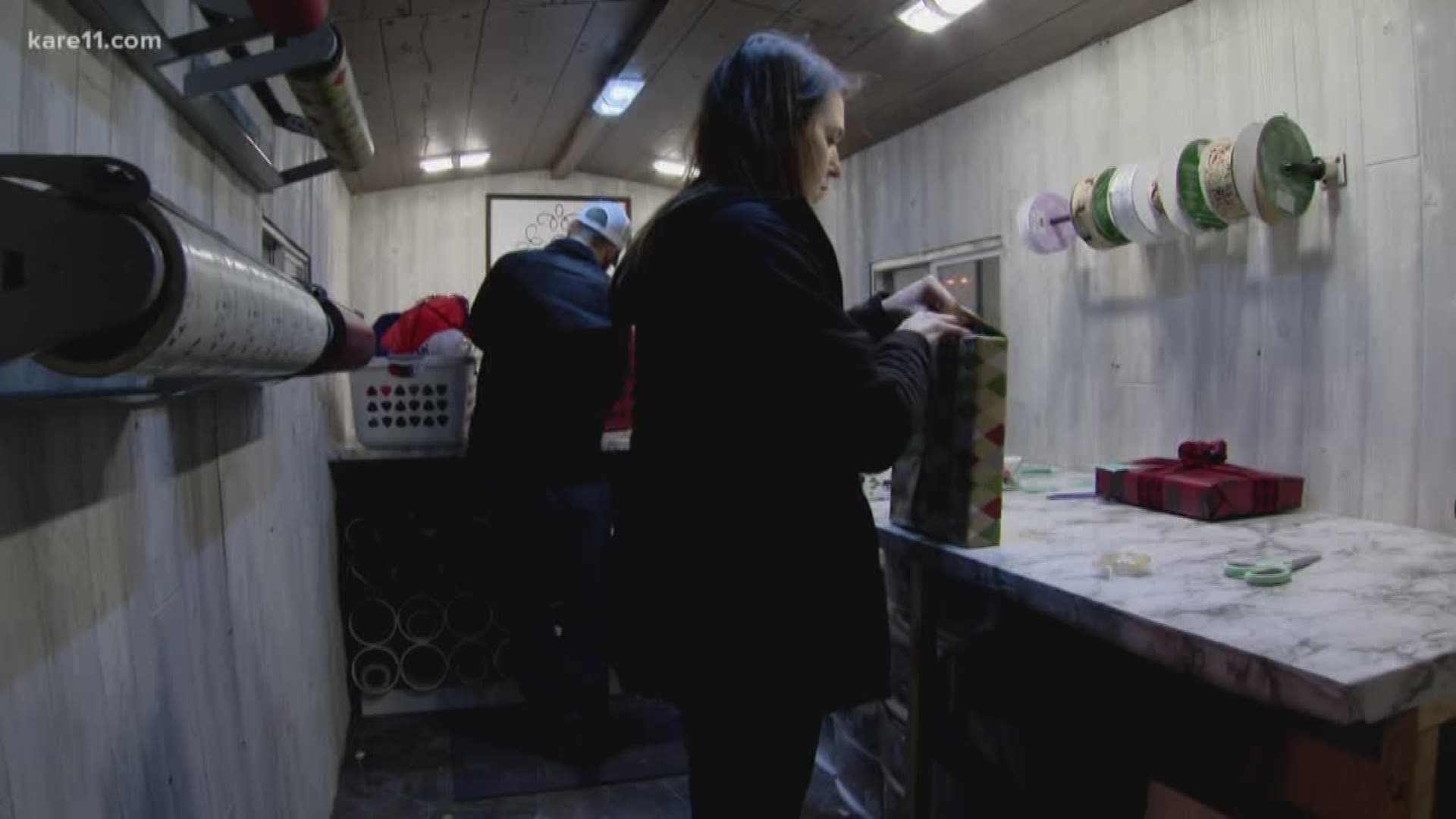 Still trying to find that perfect last-minute gift? You're not alone.

A new survey finds a quarter of Americans say they'll finish their Christmas shopping this weekend.

About 7% will still be shopping on Christmas Eve.

And once you've bought all the gifts, then, you have to wrap them.

It just so happens there's help out there and "they" come to "you".

Wrapping presents is one of those things, you either love it, or you hate it.

Loth loves wrapping presents so much she started the Gift Six Wrappery to help people who don’t.

"We're probably wrapping over a hundred every day.”

Loth started the company two years ago, but says she’s loved gift wrapping ever since she was a kid.

“My first job was working at a “ma and pop” toy store and we wrapped all our gifts,” Loth says.

Years later she grew tired of her corporate job and wondered if she could ever make a living wrapping other people’s gifts.

"To be honest it's a lot of men that call us,” Loth laughs. “There’s a lot of people who don’t like wrapping.”

“Not only am I terribly at it, but I don’t really enjoy it,” Freeman says.

Freeman was one of her first customers.

He first heard about the “wrappery” during one of his radio broadcasts for Bob Total Country.

“I was on the air and was explaining how I don’t like wrapping gifts and Andrea’s uncle sent me an email about her wrapping mobile,” Freeman explains.

He decided to try it out.

This year he called Andrea again, only this time the “wrappery” didn’t show up at his house.

“I’m doing a radio broadcast here at Cub Foods so she pulled into the parking lot and wrapped my gifts here,” Freeman says.

Loth is used to last minute orders. This weekend and Christmas Eve are her busiest days of the year.

She’s so busy that this year she’s celebrating Christmas with her family early.

"Our phone is ringing off the hook."

Some customers are even waiting until Christmas eve night to get their gifts wrapped.

“We always have people who are like, can you come at nine at night and park in the cul-de-sac? I’ll run the gifts out to you and I’ll come pay you in like two hours?” Loth laughs.

In those cases, she does what she can, after all it's just her.

"I have a husband who wraps with me when I need him,” Loth says. “I’ve got a great support system.”

The “wrappery” is pretty much booked up through the holidays, but Loth says she can wrap your gifts year-round.

“After the holidays we’ll be getting ready for Valentine’s Day,” Loth says.

Getting your gifts wrapped will cost you four to fourteen dollars per gift, depending on the shape and size.