Fundraising tops $32K for family of boy behind Orono lockdown

A GoFundMe page set up by the parent of another pupil says the student, who's described as having autism, didn't mean the threat. 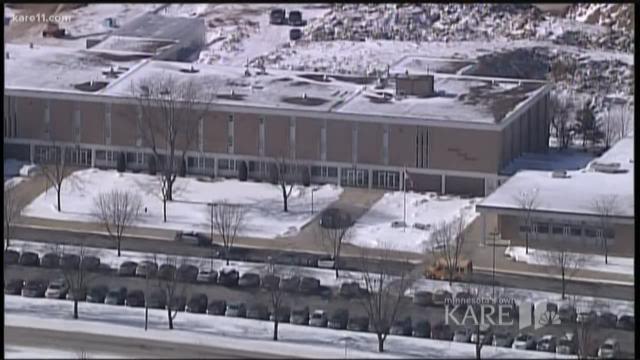 ORONO, Minn. - An online fundraising campaign has tallied more than $32,000 in pledges for the family of student whose Facebook and Twitter posts prompted a school lockdown in Minnesota.

The boy was arrested last week after police investigated social media postings that threatened a school shooting at Orono High School in suburban Minneapolis. The threat prompted a lockdown for more than 900 students, just a week after 17 people were shot and killed at a school in Florida.

A GoFundMe page set up by the parent of another pupil says the student, who's described as having autism, didn't mean the threat, had no means to carry it out and is despondent over the incident.

The money will help fund his and his family's legal and medical needs, and the parents' lost wages.

Deb Sposito of Plymouth is among the donors.

Sposito also added a supportive comment on the gofundme.com page. “I'm with you on this journey to help anyway I can,” Sposito wrote. “Please know that there are many who fight the same fight.”

Sposito’s 15-year-old son Cooper has autism. She also has friends with children in Orono schools, for whom, she says, her heart breaks. “The kids, the staff, the families who waited out in the car for their kids, I mean, I can't imagine. I can't imagine any of them, I just can relate to the family that has the autistic child.”

Barbara Luskin of the Autism Society of Minnesota isn’t surprised that the tight autism community has rallied around the family. But she’s also encouraged by comments from the broader community, including some Orono School parents.

“I think it’s very positive that the people who know this family and know this young man in the community can see him for who he is,” Luskin said. “He's a young man who made a mistake and did something impulsively that was probably foolish, but not as a danger or someone to be thrown away.”

On other social media platforms, some commenters disparaged the fundraiser, demanding both the child and parents be held accountable. Jen Cleveland wrote on the KARE 11 Facebook page, “You can't ask us to treat your child the same as the other kids except when you don't like it. It's either he's just like the rest or he's not, take your pick but you can't have it both ways.”

As a parent of a child with autism, Sposito said she was crushed by some of the comments she’s read. “You don't know what we go through,” she said. “Let’s all work together, instead of ‘you’re not a good parent,’ or ‘the parents haven’t done enough.’”

Sposito wishes she could have done more. “I wish I could give that mom a hug,” she said.