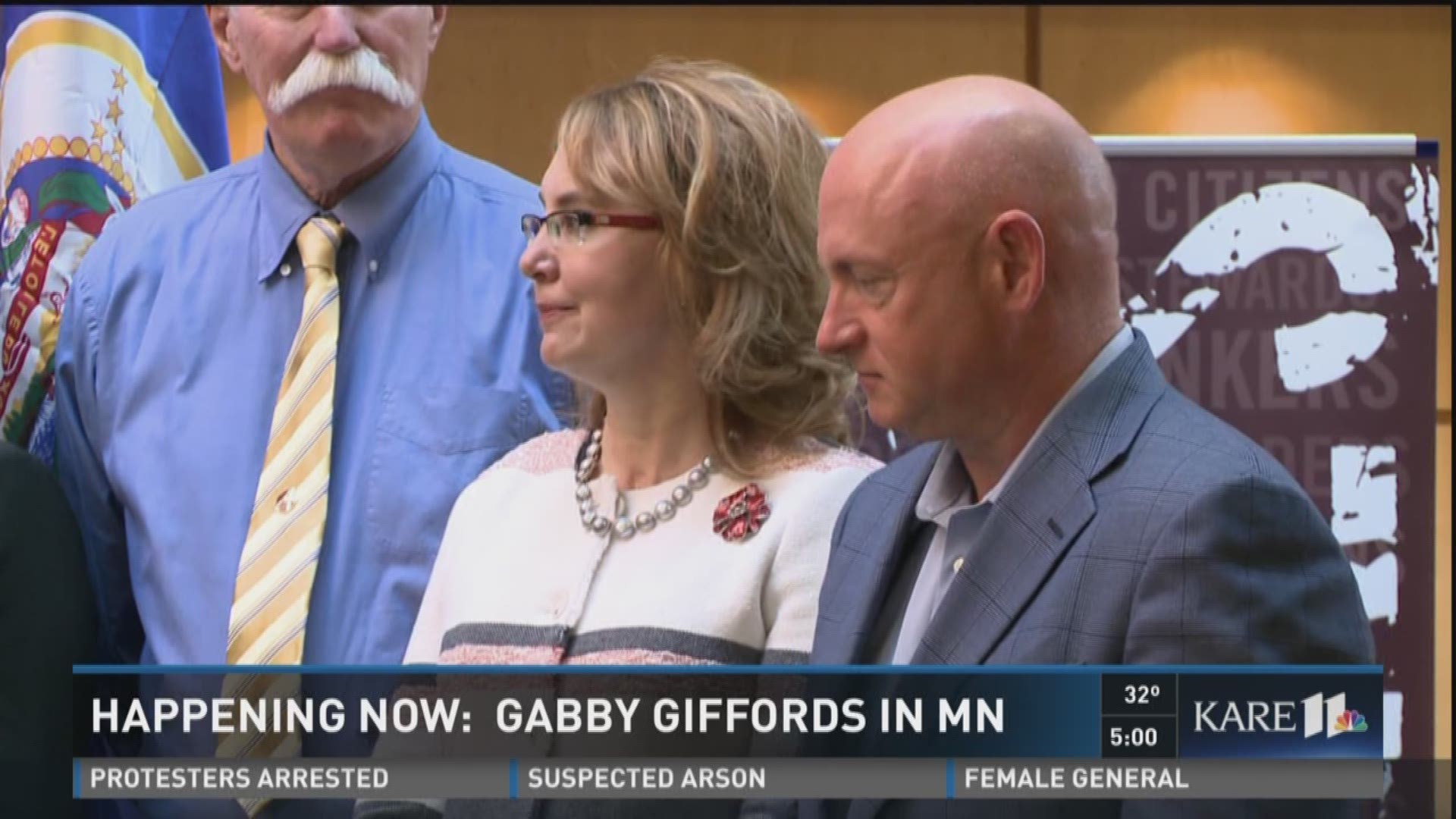 "Stopping gun violence takes courage. The courage to do what's right. The courage of new ideas. I've seen great courage when my life was on the line," Congresswoman Giffords said.

Giffords was shot in the head by Jared Loughner in Arizona in 2011. Loughner is now serving seven consecutive life sentences at the Federal Medical Center in Rochester, Minn.

Thursday morning, Giffords was joined by her husband, Captain Mark Kelly, as well as Minnesota leaders for the announcement hosted by Augsburg College.

The coalition's leaders will focus on closing the loopholes in Minnesota law. Currently in Minnesota, criminal background checks are required for licensed firearms dealers, both online and at gun shows. Background checks are not required for individual or private sales in these arenas. The coalition's hope is to keep guns out of the hands of felons, domestic abusers and the dangerously mentally ill.

"Why do we give these people that option? It doesn't make any sense and we shouldn't do this," Captain Kelly said.

Dakota County Attorney James Backstrom is a member of the coalition. He added, "I own a gun. I support the Second Amendment. We should all value the rights and freedoms afforded under our constitution. But with freedom comes responsibility."

The coalition also wants to strengthen the federal criminal background check system by making sure it contains states' records.

After the announcement, members of the coalition held a roundtable discussion.

"Without a team of people working on it weekly, it's hard to get change. So that's the purpose of this organization coming together is to have a group of smart, talented people who care about a serious issue and get legislation to the desk of your governor," Captain Kelly said.