Gabby Gingras to get her new teeth 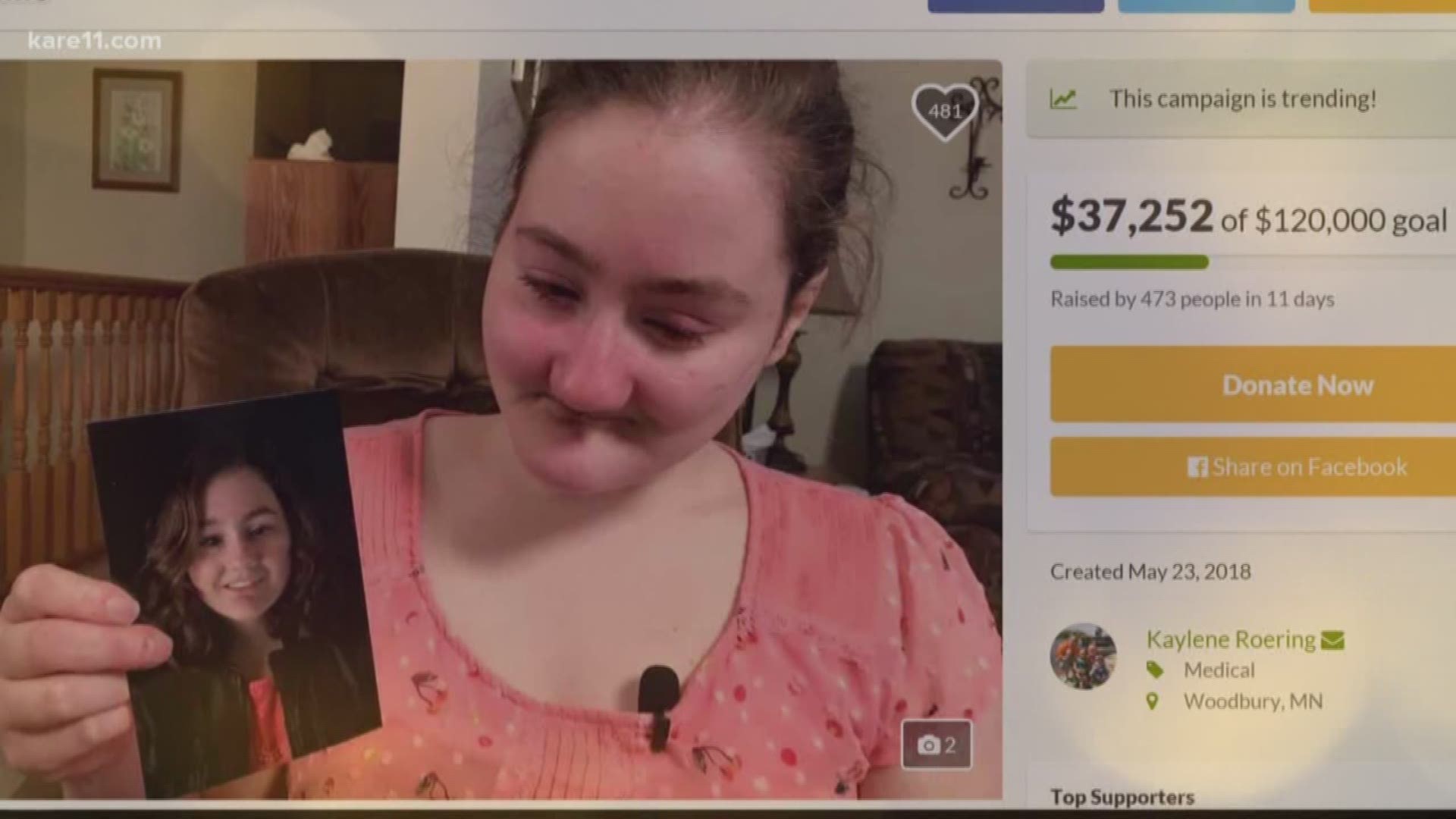 The call her father got a few days earlier, might have been even better.

“I answered the phone and it was someone from Delta Dental and they said that they wanted to pay for Gabby's teeth,” Steve Gingras said. “And I responded that I’m really glad I’m sitting still, otherwise I might have driven off the road.”

To be clear, Delta Dental of Minnesota is not Gabby’s insurer. Yet the company has pledged to donate up to $100,000 to repair Gabby’s damaged jaw and teeth after Aetna, her actual medical insurance company, denied coverage.

“The reason that we did it, it's because it's the right thing to do,” said Rodney Young, CEO of Delta Dental of Minnesota.

Gabby, who suffers from a condition depriving her of a sense of pain, lost her teeth and damaged her jaw in a series of childhood mishaps. The damage altered Gabby’s appearance and left her unable to eat and talk normally.

Mayo Clinic doctors proposed rebuilding Gabby’s jaw with bone grafts from her hip, into which teeth could be implanted. But, in a denial letter, Aetna called the procedure dental in nature, and therefore not covered by Gabby’s medical insurance.

After KARE 11 reported on Gabby’s situation, donors chipped in roughly $45,000 on two GoFundMe pages. The Minnesota Dental Association pledged another $5,000.

The Delta Dental donation should cover the rest.

Gabby, who turns 18 on Friday, thanked her donors. “It means a lot, and that's very generous,” she said.

Trish Gingras, Gabby’s mother said, “People will see her speaking somewhere, maybe even on camera someday, and be able to say, ‘Wow, I’m so glad we were able to help, because look at her now, she’s not being held back at all.’”

On Monday, Aetna said in a statement it will provide some financial help after all.

“After further review of Ms. Gingras’ unique circumstances and available plan benefits, we have determined that portions of the procedure, such as anesthesia and operating room services, are covered under the member’s medical plan. We were happy to share this with the Gingras family last week,” the statement said.

Steve Gingras said the Aetna payment will cover a few thousand dollars of the total cost of his daughter’s three-stage procedure. He remains insistent that complex dental procedures should be covered by medical insurance.

“For the insurance company just to wave it away and say, ‘It’s not covered, it’s a dental procedure,’ isn’t fair - and we want to change that,” Gingras said.

Gabby’s surgery is already scheduled for July. She will start college this fall at University of Minnesota-Morris.