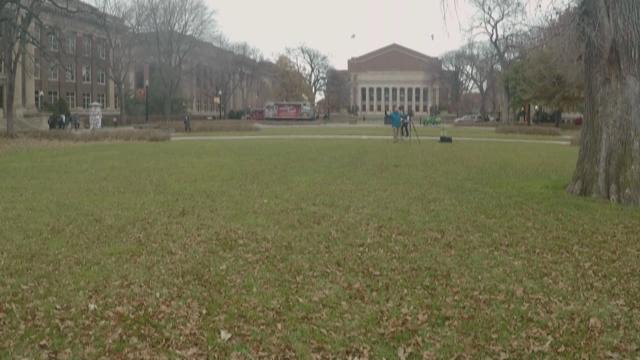 MINNEAPOLIS — It's a first for the Twin Cities, College GameDay is coming to Minnesota.

And now we know where they're setting up on the U of M campus.

The university says the ESPN pre-game show will go live from Northrop Mall on Saturday morning.

Parking lots around the stadium will open at 6:00 a.m. for tailgating.

The game kicks off at 2:30 p.m. Saturday at TCF Bank Stadium.

The Gophers and Badgers share the longest uninterrupted rivalry in Division-1 football.

The two schools have been playing each other since 1890.

During that time the two teams have faced each other 128 times.