Both companies were up over 100% in a single day. GameStop stock is up over 1,700% since December. 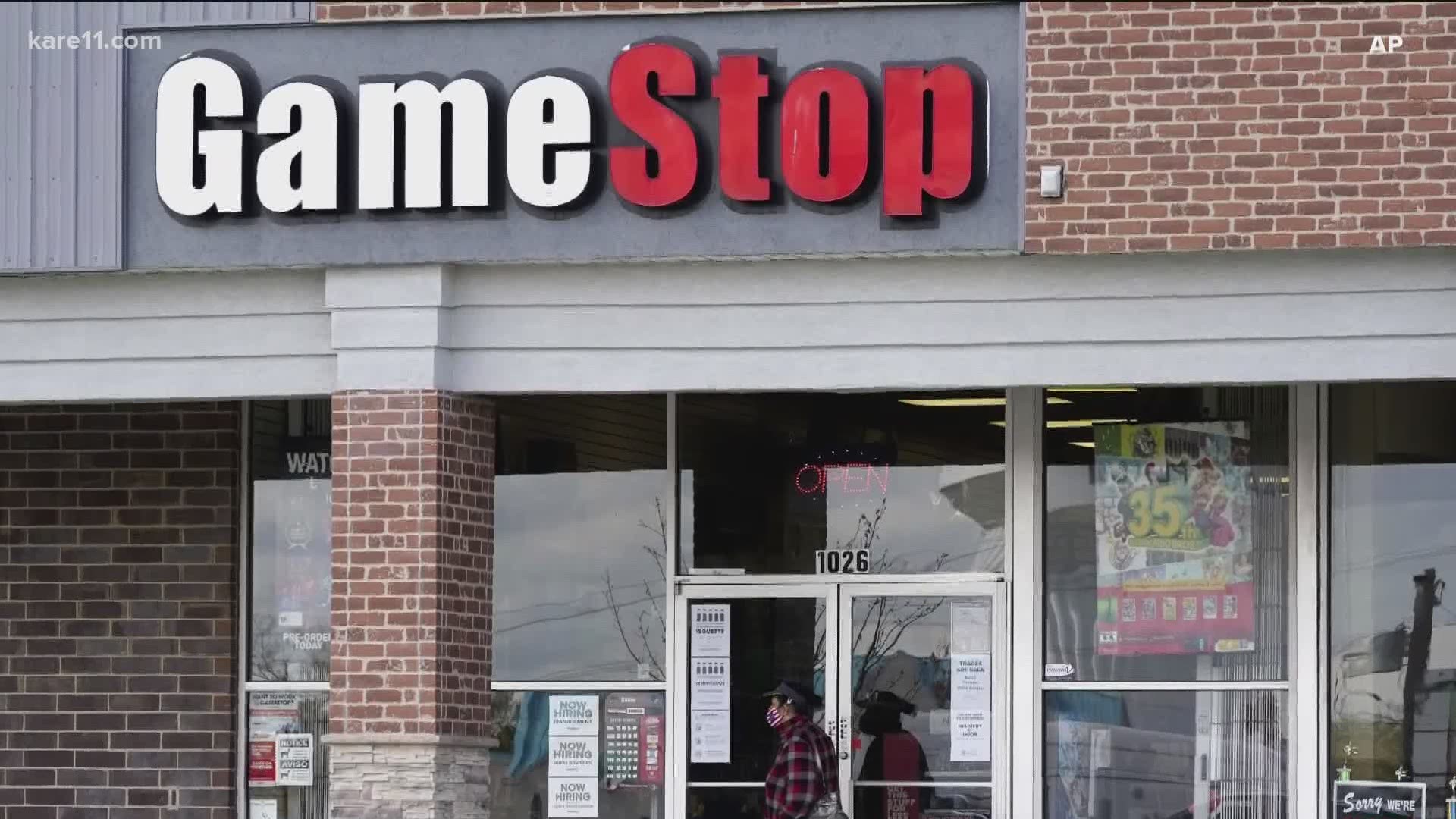 MINNEAPOLIS — The stock market trending on Twitter, but probably not for the reasons you may think.

Yes, the Dow had a down day on Wednesday – its worst day since October – but the companies GameStop and AMC also had the internet buzzing.

So, what's the deal? Why are a video game retailer and a movie theater chain bringing in so much money amid a pandemic?

Skyrocketing is a bit of an understatement.

Last month, GameStop stock was selling for around $20 a share. Fast forward to Wednesday and the stock was trading as high as $341 a share. That’s a 1,700% return in less than a month.

"It’s a rollercoaster that is out of control,” Middendorf says.

So, the company must be doing well right? No, not really.

RELATED: Report: $3,000 per child in expanded tax credit being drafted by Democrats

Middendorf says it's not because GameStop is selling more video games. In fact, the popular video game retailer recently announced the company would be closing more stores because sales are trending downward.

Middendorf says the crazy price increase all started when a big-time investor put online that they were betting big that the stock would go down.

“It’s called a short,” Middendorf says. "Basically, you’re betting that the stock will go down and you’re putting your money on that happening.”

And that big bet caught the eye of a few Reddit users who started working together.

Middendorf says they started a post on Reddit and encouraged people to start buying shares of GameStop to prove bigger investors and hedge fund managers wrong.

And then other people started buying in, trying to ride the wave and make a quick buck.

The price went up even higher.

But eventually Middendorf says the price will come crashing back down to where it should be, and a lot of people will lose a lot of money.

"It will be interesting to see what happens next. There may be some new regulations or things that happen and some fallout from this,” Middendorf says.

A similar situation is going on at the AMC movie theater chain. The company's stock was up more than 300% Wednesday.

During a White House briefing, officials said they are watching the situation and the markets closely. The U.S. Treasury Department is also closely monitoring the situation.