The future of technology is in the hands of the next generation and that was on full display inside the U.S. Bank boardroom. 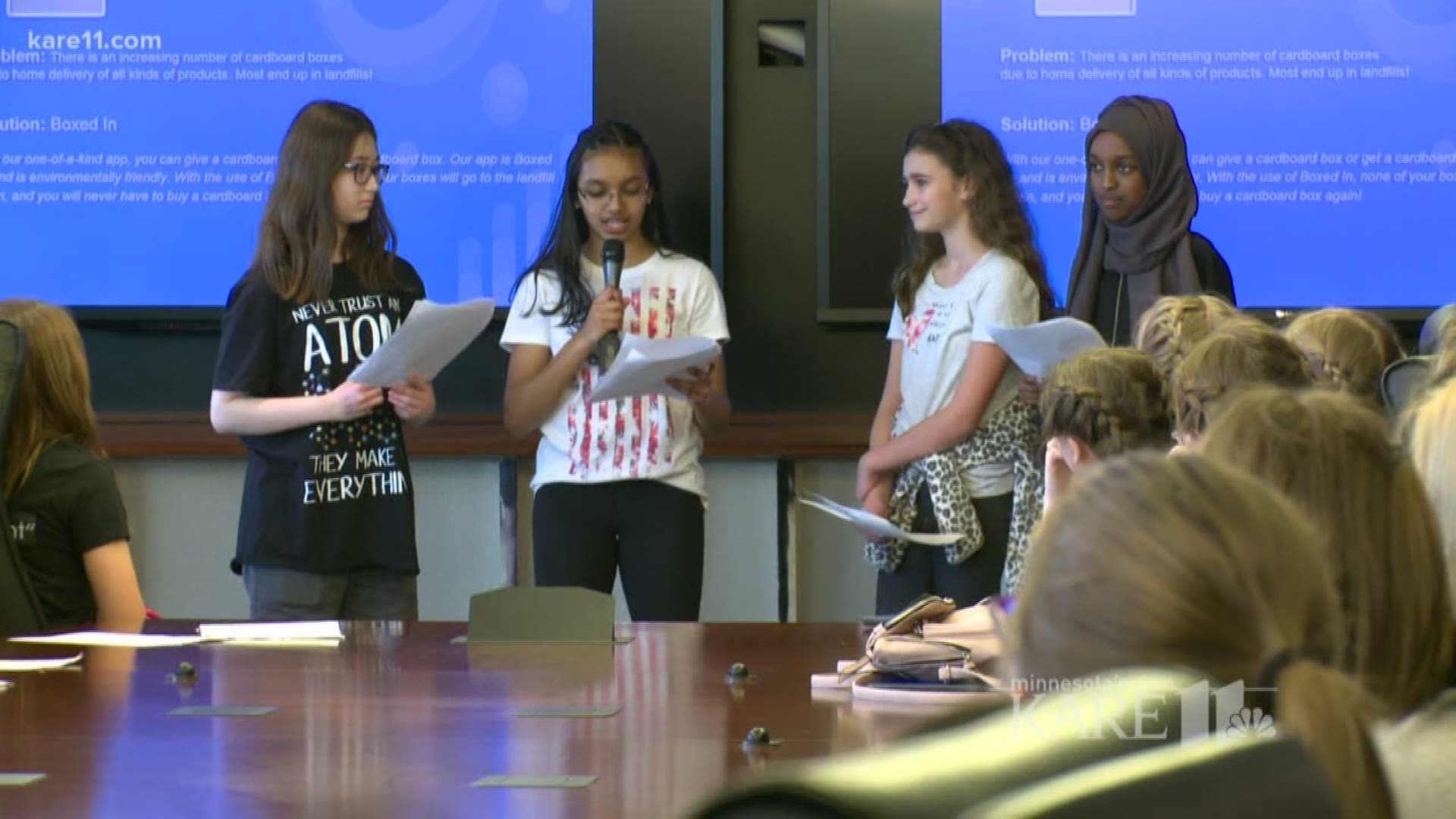 MINNEAPOLIS -- The boardroom was full at U.S. Bank headquarters on Monday afternoon, but a majority of the people seated at the table were girls ages 10-18.

Seven teams of young women in middle school and high school were there to present their mobile apps to U.S. Bank executives.

"Girls are avid consumers of technology but they're often not incorporated in developing the technology," Shawn Stavseth, co-founder and executive director of Technovation[MN].

According to the National Center for Women and Information Technology, in 2017, 26 percent of the computing workforce were women and less than 10 percent were women of color.

Daryl Yap, a senior at DeLaSalle High School, said, "It's really encouraging seeing all these different women succeeding in their fields and... other kids our age also creating their own apps and trying to solve problems in their community and being proactive."

This year, Technovation[MN] has 312 girls participating from 39 schools across the Twin Cities metro area and Rochester. They started creating their apps in January and will pitch them in May at Appapalooza as part of the Technovation Challenge.

Seven teams took on an extra challenge from U.S. Bank–addressing cyber security with their apps.

They presented their ideas to some of U.S. Bank's top people including CEO Andrew Cecere and Dominic Venturo, chief innovation officer. It's the second year U.S. Bank has held the event.

"It's a great way to do on the street education and get involved and also it's inspiring for our teams," Venturo said.

One team presented an app that protects a teen's entire cyber profile, while another created a stress-relieving app. Another group created a game to educate youth on global water issues.

"So we coded an app to help end human trafficking. So basically what our app does is connects organizations to common community members who want to help," explained Aaleyah Welman with Hope Academy.

Yap's group created an app that connects tutors to students who need tutoring and said before pitching to the executives, "A bit intimidating if I'm being honest but like I said, I'm confident in our product."

She went on to say, "I think if we really keep pushing this issue forward, that we can really see more diversity in STEM fields."

These seven teams will join other young women across the state to pitch their ideas at this year's Appapalooza. It's taking place at the Minneapolis Convention Center on May 12.