Giving the gift of DNA? At-home DNA kits can be fun, but can cause trouble

Heather Zierhut, associate director of the Genetic Counseling Graduate Program at the University of Minnesota, advises people to pause before gifting that DNA test. 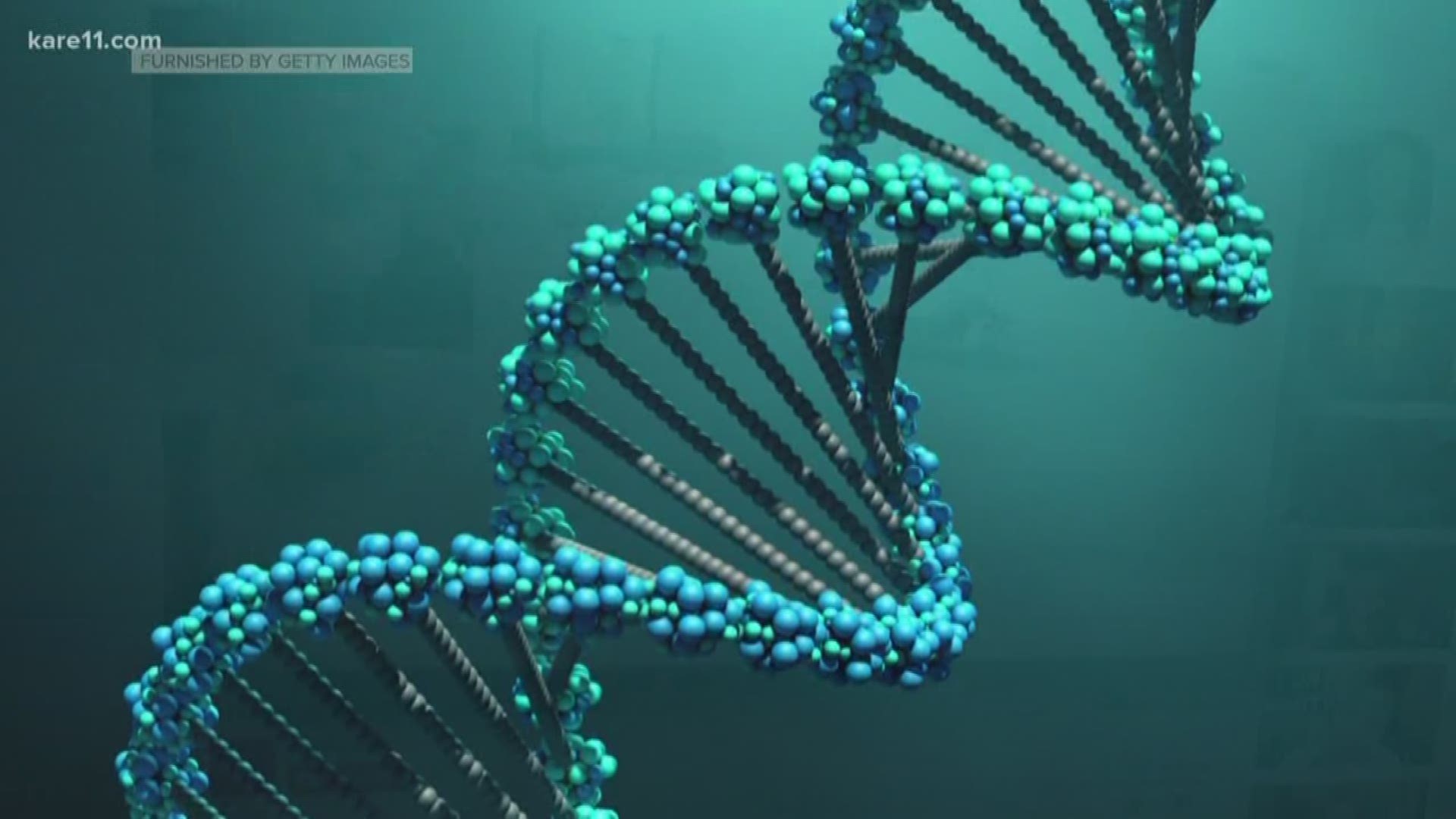 ST. CLOUD, Minn. — You can't watch a Hallmark Christmas movie this season without seeing ads for at-home DNA tests, on sale just in time for the holidays — a "perfect" Christmas gift for the whole family.

But maybe it's not so perfect. Those tests may cause a lot of trouble, between ambiguous results, questionable privacy and known unknowns.

Heather Zierhut advises people to pause before gifting that DNA test. She's the associate director of the Genetic Counseling Graduate Program at the University of Minnesota in the Twin Cities.

Examples include AncestryDNA from ancestry.com, National Geographic's Geno DNA Ancestry kit or 23andMe. "Most of the direct-to-consumer tests are meant to be recreation or fun," Zierhut said. "The intent is not to provide medical information."

A lot of unknowns

When it comes to DNA, there's a lot we don't know.

"We're at a time where we can access our entire genome. We can look at all 3 billion letters and read them," Zierhut said. "Medically, we can look at 1,000-2,000 genes that help us predict medical diseases."

"All of the 4,000 letters in the BRCA 1 and 2 gene, we know a lot about what they do," Zierhut said. "In other genes, we might know very little about what that gene is and what it does."

The American College of Medical Genetics recommends medical professionals test 59 medically-actionable genes. If a gene or mutation is present, patients can take action.

For instance, Zierhut works with people who inherit genes related to high cholesterol. Those with the gene know it's especially important exercise, eat a healthy diet and take medications.

"But the vast majority of the genome ... (still) needs to be investigated," Zierhut said.

And it gets more complex. Combinations of genes, where we grow up, the environment we grow up in, what we eat and the pollution we breathe can all affect our health.

"It's likely we have to look at lots of different genes and environmental pieces to actually be able to predict risk," Zeirhut said. "We are just kind of chipping away at our knowledge."

Not all tests are created equal

Medical grade tests are more trustworthy than the direct-to-consumer or at-home tests. Their results have been tested for accuracy. They usually require involvement by a medical professional.

Many at home tests promise you'll learn more about your ancestry, and you likely will. But some tests sprinkle in health information.

"Their ability to predict health risks is very low. When they can find something, it may be real, so you should look into it and see if it gets confirmed to be real," Zerihut said.

"23andMe only looks at three. So you're not getting the full picture of what that whole gene looks like. You're only getting a very small snapshot," Zierhut said.

The companies are also using very different tests. What varies? Testing technology, which gene changes they look for, how they analyze those results, which databases they use to compare results.

"That's why you can get ... different results from one company to the next," Zierhur said.

You can't unknow something

The thing about DNA is that it's not really just yours. Very similar versions belong to your mother, your brother, your cousin and your niece.

"When you have a genetics test and it (may expose) something that's surprising or different or impactful for your health," Zierhut said.

Zierhut said some people do better when they have more information about their health. Some very much do not.

"They can use that (information) to be empowered and to make decisions and life choices that are really helpful for them and their family," she said.

Some people are also more willing or able to share DNA results with one another. There can be estrangements, divorces, incarcerations. It's not black and white, Zierhut said.

You may even find out your relative isn't your relative. A surprising number of people don't know who their biological father is, even though they think they do.

"I always say, no matter how confident you are .. probably 3-5 percent (of people) are ... unaware of exactly our biological relations," Zierhut said. "It is probably one of the most common surprises is that you find a relative that you didn't know existed."

Zierhut advises to keep in mind that you do have some control over how your health data is used, but like with the internet, once it's out, it's out.

Most companies aren't in the DNA business just to sell you a DNA-testing kit. Their ultimate goals are to build up large databases of genetic information that they can then sell or use for different research or with pharmaceutical companies, Zierhut said.

Zierhut said if you use one of the biggest testing companies, you can be pretty confident they're doing their best to keep your data secure.

"But any time you're putting your information into a large database, it has the opportunity to be hacked, especially because you're using cloud-based technology," Zierhut said.

What some people don't realize, is their health data can be passed on to other companies, who may not be so focused on security. It could be something you initiate, by asking for different kinds of reports.

You should also check if your health information is going into a public database, like the one used to identify the Golden State Killer.

"There are places to publicly put your data. And then you are sharing that with the rest of the world. ... You can get identified through your DNA," Zierhut said.

You can make choices about whether you want to be connected with DNA relatives or for you DNA to be used for research purposes. But look closely at what you're agreeing to.

People worry if the test results may affect their ability to get life or health insurance. While the Genetic Information Nondiscrimination Act was passed by U.S. Congress in 2008, to prohibit some types of genetic discrimination, there are loopholes, Zierhut said. And states have varying degrees of privacy laws.

It really can be fun

Despite the potential risks, these at-home test can be really fun, Zierhut said.

"I've heard that people have met family members from this or they were adopted and they were able to meet one of their relatives and that was a very positive experience," Zierhut said.

Jessica Storlien, an archivist at the Stearns History Museum, said people have contacted the museum because of DNA results.

"They maybe use it to try and connect with relatives or fill out a family tree," Storlien said.

The information can serve as a starting point, just like any other ancestry information. You look for birth, marriage and death records, she said.

On Jan. 3, the Tree Shakers Genealogy Club is meeting at the St. Cloud library where some of the discussion will be around using these genetic tests. For more information, visit griver.org/events.

Zierhut advises people to be cautious when they do decide to participate, and really consider what you're comfortable with.

For more information on the risks and benefits of direct-to-consumer genetic testing, visit ghr.nlm.nih.gov/primer/dtcgenetictesting/dtcrisksbenefits.

If you have concerns about your genetic medical history, consider seeing a genetic counselor. Find one near you at nsgc.org/page/find-a-genetic-counselor.

To learn more about the direct-to-consumer tests, visit 23andme.com and ancestry.com/dna.