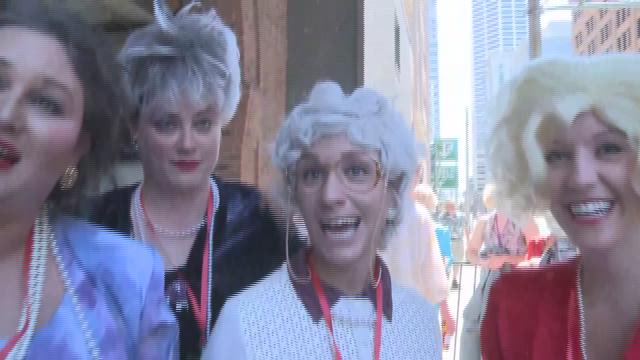 The Golden Girls Bar Crawl brought more than a thousand people out, many of them dressed up as their favorite characters from the hit TV show.

The crawl included a Guinness World Record attempt for the most people dressed as The Golden Girls in one room. That record try was made at the Pourhouse in Minneapolis.

The crawl was organized by Flip Phone LLC events company, and 10 percent of all bar sales at the venues went to OutFront Minnesota.