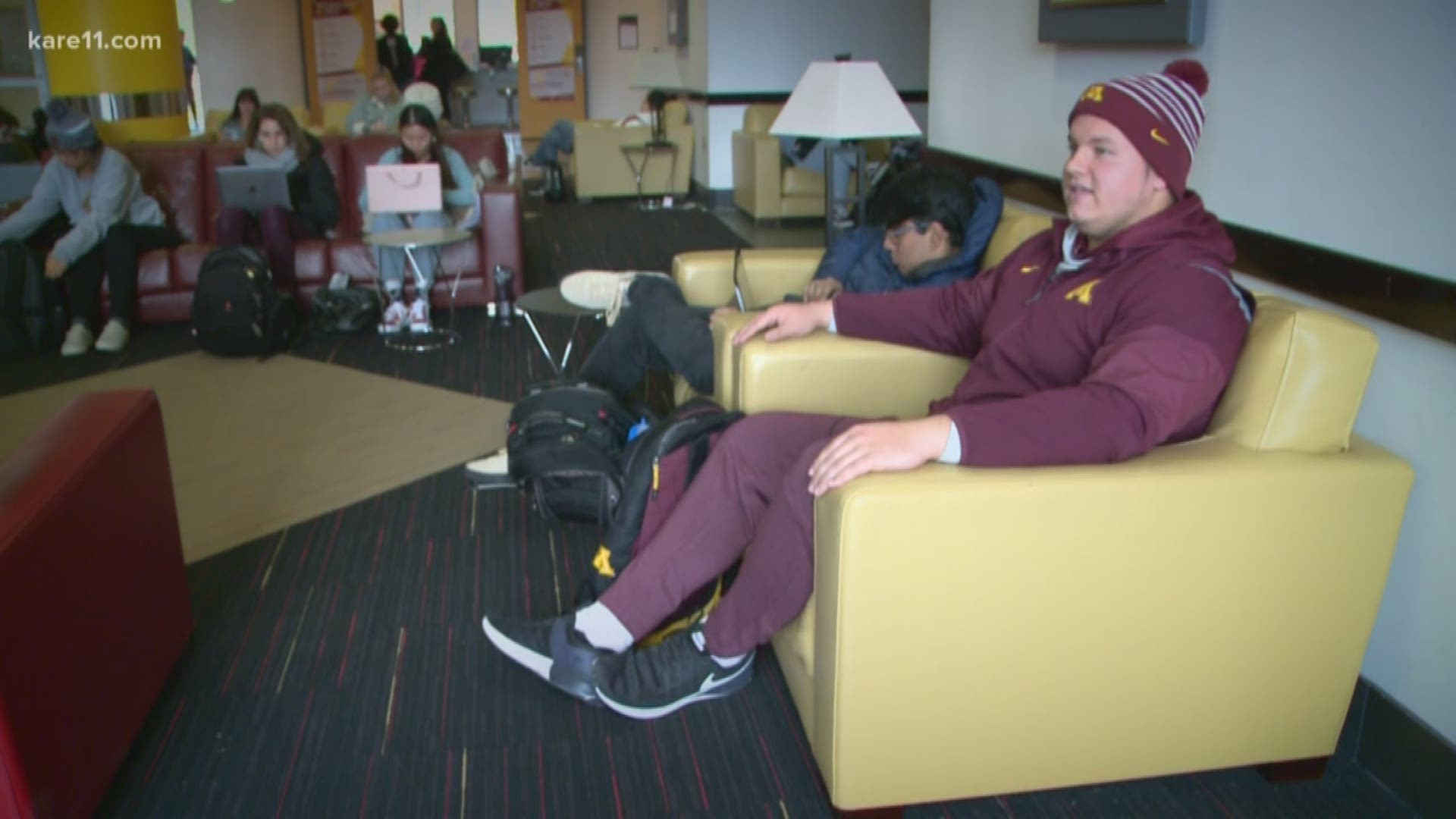 MINNEAPOLIS — Gopher Football is all the talk on the University of Minnesota campus.

"It's outstanding," said one fan.

"I think this is the right time to have a big year," said junior Eric Rousemiller. "It's exciting stuff.
We haven't been 8-0 since 1941. My grandpa was a baby when this happened."

He says now's the time for ESPN's "College GameDay" to come to the University of Minnesota.

"Right thing on thing on a big year," said Rousemiller.

"Think it would be a wonderful experience for all of our players. 8-0 vs. 8-0. Place they've never been before. Place that the Super Bowl and Final Four has been. Let's do this," said Coach P.J. Fleck after Saturday's win over Maryland.

He made his pitch. Gopher Football Twitter made their pitch tweeting a letter to GameDay with their 8-0 resume.

On campus, everyone is making their own pitch.

"It would get more people excited about Gopher football," said Rousemiller.

So what could stand in the way of GameDay coming here?

The top two teams in the country, LSU and Alabama, play each other that same day.

GameDay won't announce their Nov. 9 location until this weekend.