Gov's fishing opener could be iced out

Green Lake in Spicer still has 29 inches of ice, 26 days before the governor's fishing opener. 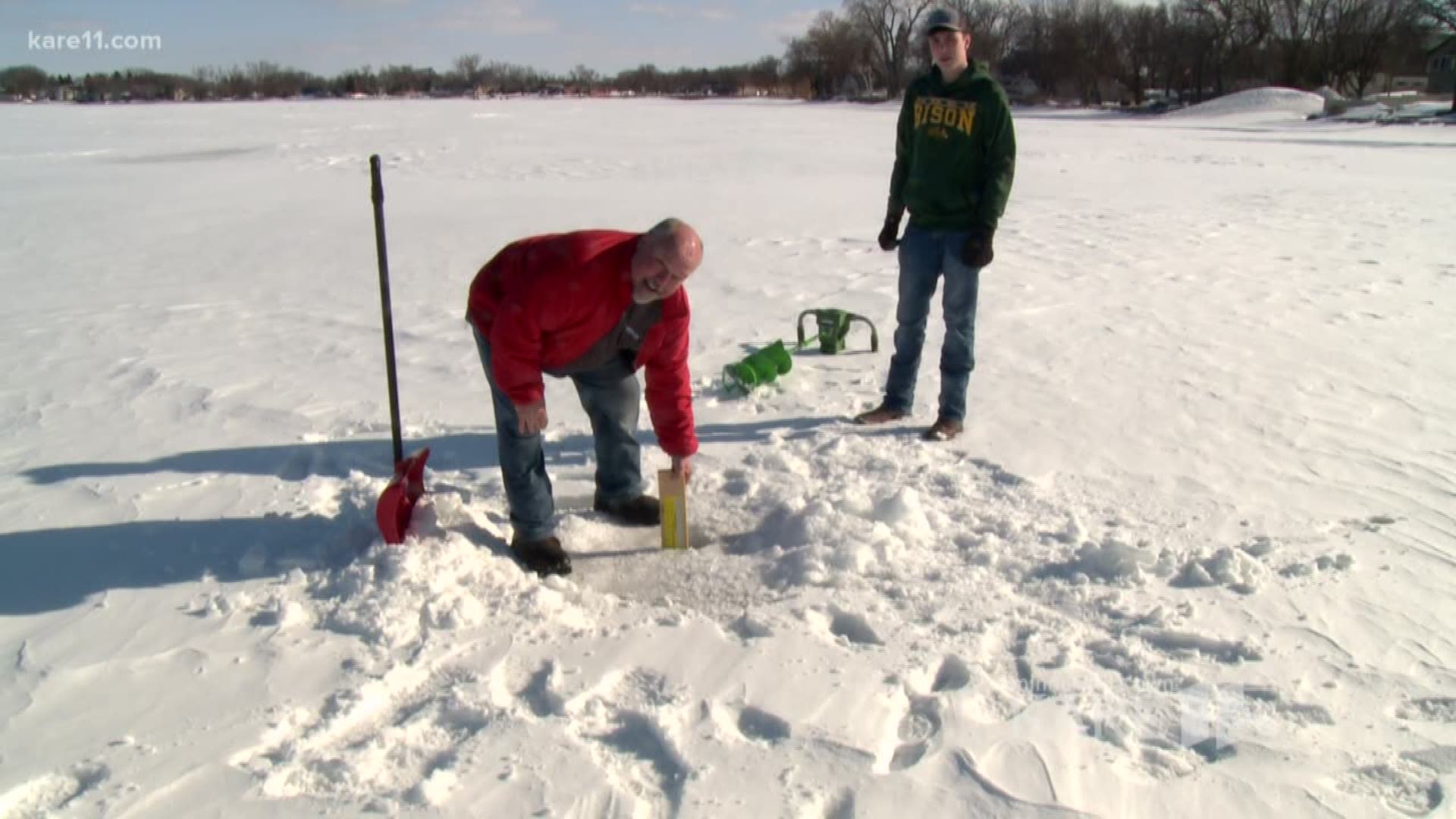 SPICER, Minn. – The electric auger whines as it digs into the ice.

“Twenty-nine inches,” proclaims Hanson. “We got a little ice to go, hopefully the sun will warm up.”

Twenty-nine inches of ice, with just 26 days to go before Mark Dayton is scheduled to launch into Green Lake for the storied Minnesota governor’s fishing opener.

“Yeah,” laughs Hanson. “What a great year to have historic records, when we have the fishing opener.”

Laughter has been proving better than tears for Hanson and the other members of the fishing opener planning committee.

On Sunday several of them trooped onto Green Lake with tongues in cheek, accompanied by photographer Trish Ejnik.

Bannered with the hashtags #WeGotThis and #ComeOnSpring, the social-media-worthy photo shows committee members and their kids holding up chainsaw, torches, ice picks and fake dynamite sticks.

“Why not have a little fun when you can’t do anything about the weather anyway,” Hanson says.

The photo brought laughs, but two weeks ago, the committee began work on a serious contingency plan.

“We had so many snow storms in a row and knew we had more coming, we really had to make up a solid plan B,” says Hanson.

Just 15 minutes away lies open water. Foot Lake in Willmar is an aerated lake, where ducks already swim across the surface of broad swaths of the lake.

“It would work, there’s fish there,” says Hanson. “It definitely would work.”

But maybe it won't have to. Greg Melges, the sage owner of Mel’s Sport Shop in Spicer, isn’t worried.

“I have lived in Spicer all my life, 79 years. I have never seen ice on opening fishing,” Melges says. He doesn’t expect to see it this year either. Melges says nature has a way of taking care of such things.

The latest ice out on Green Lake was May 8th, which would beat this year’s opener by a whisker-thin four days.

Until then, the opener planning committee plans to keep its spirits up.

“I mean, really, what can you do?” says committee member Joy Baker. “You can do nothing except laugh at yourselves at this point.”