Lucas West had big plans for his greenhouses near Turtle Lake, Wisconsin 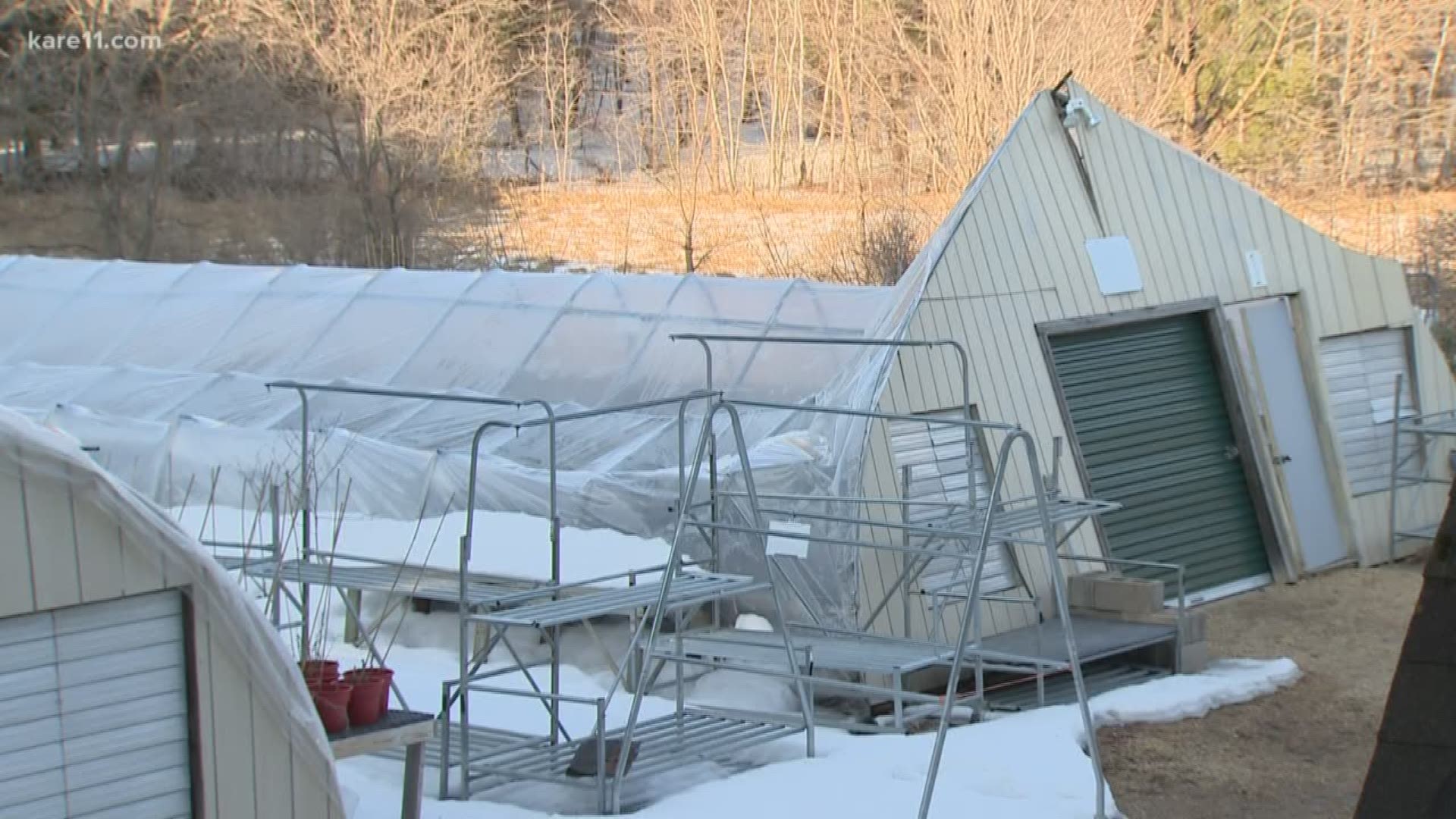 TURTLE LAKE, Wis. — A crushing mix of rain and snow brought down two greenhouses and the dreams of a 19-year-old horticulturist.

“Financially, it puts us kind of in a hole,” said Lucas West, whose parents purchased the greenhouses on four acres of land last fall to help their son grow his fledgling business.

“The plan was that my wife and I would buy the property - rent it to him in the meantime until he got going and could afford to buy it himself.  You do what you can to help your kids out,” Lucas’ father, Tom West, said.

It seemed like the perfect plan.  Lucas had already operated several smaller greenhouses while selling plants and produce at farmers markets.

Plus, he was learning more about the business while double-majoring in horticulture and music education at University of Wisconsin-River Falls.

“This definitely could make a career,” Lucas thought.

But his plans were thwarted two weeks ago under the weight of snow, soaked with a late winter rain.  Both greenhouses came crashing down.

Lucas’ parents had looked into insurance when they purchased the property but were told none was available for the greenhouses.

“We kind of tapped ourselves out buying this place,” Tom West said, “so now to rebuild, coming up with the finances to rebuilt is difficult if not impossible.

Lucas has established a gofundme.com page hoping to raise at least some of the money he needs to rebuild.  His father says materials alone to replace the greenhouses could cost $150,000.

For Lucas, challenges are nothing new.  As a nine-year-old, he lost a leg to cancer.

His Make-A-Wish request: his first greenhouse, which he still uses.

Now Lucas is scrambling to put up temporary structures in time for his late April opening.

Lucas’ father has tried to remain optimistic. “Lucas, he just keeps trucking, nothing seems to have slowed him down so far, so we'll find our way out of this too," Tom West said.