The community is concerned for Everson Griffen after an apparent mental health crisis this weekend. It's a situation that shines light on the mental health system in Minnesota and the U.S. 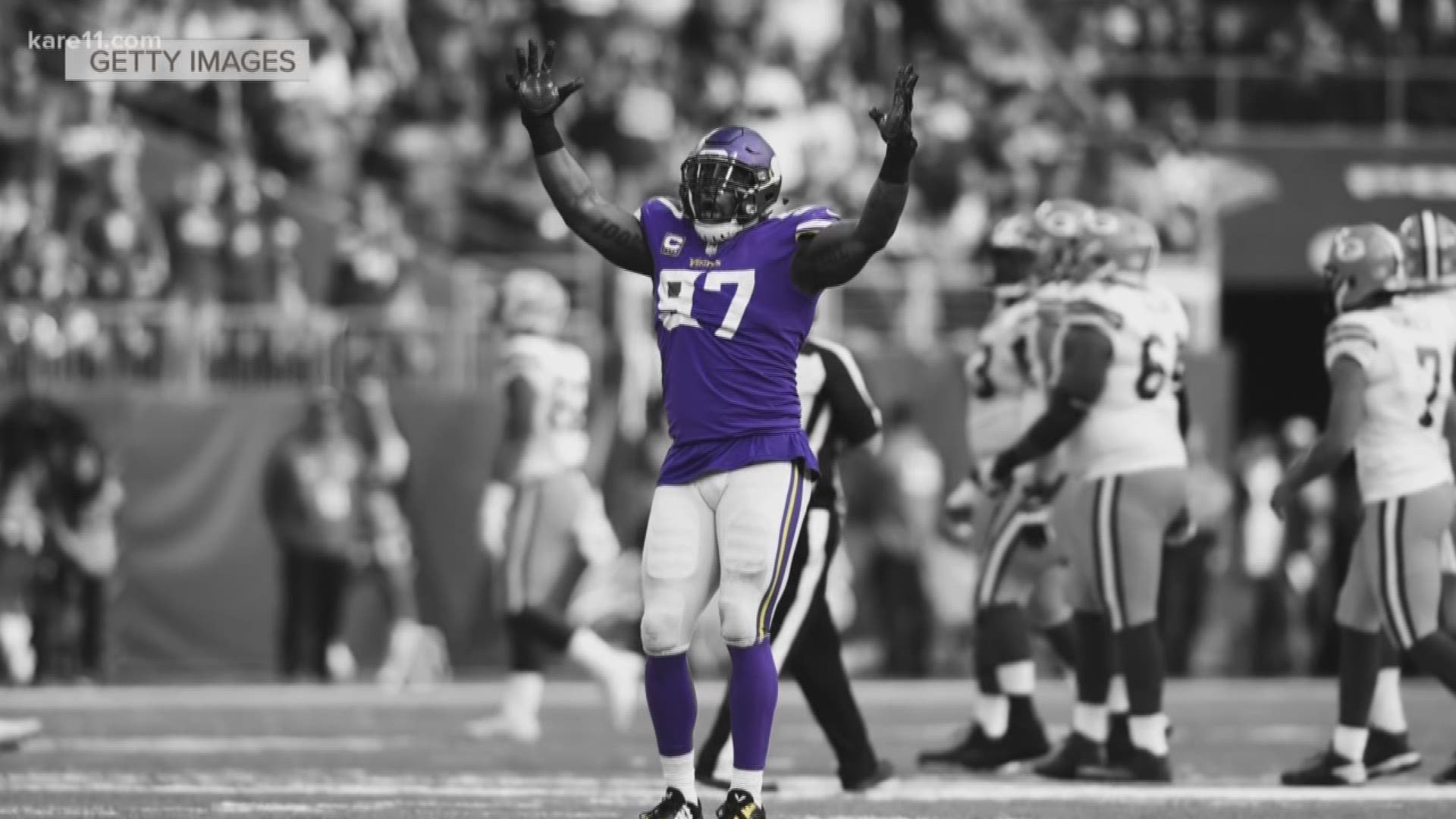 MINNEAPOLIS - Everson Griffen's trip to the hospital this weekend alarmed family members, Vikings fans, coaches and teammates. Many of them publicly expressed support for the defensive end, after he suffered from an apparent mental health crisis on Saturday.

Dr. Kaz Nelson, the vice chair for education in the University of Minnesota's Department of Psychiatry, said these emergencies are not uncommon and reminded the public that help is available in the event of one.

"You're not alone," Nelson said. "And there are resources to help support people in the midst of these crises."

That includes crisis lines -- which most counties have -- as well as mobile teams who can deploy to homes if a person doesn't want to go to the hospital. Once in the emergency room, state law allows people to be held up to 72 hours, if they are deemed a threat to themselves or others.

After that, a medical professional could petition the county to get them civilly committed if needed. That process requires a hearing within two weeks.

"We can't keep anyone against their will, unless there's a concern that they may be a danger to themselves or others," Nelson said, "or might not be able to care for themselves."

In Griffen's case, a police report indicated he voluntarily went to the hospital. The report also detailed previous concerns by the team and family members, who had worried about Griffen's mental state for weeks.

For many people who struggle with mental illness themselves or know someone struggling with it, it can be hard to know when and how to get help.

There are also significant barriers to treatment, including gaps in insurance and long wait times. In some cases, people even try to get help but can't-- as was the case in Chanhassen this summer, when the family of 16-year-old Archer Amorosi said they called a crisis line the day before Carver County deputies shot and killed him during a confrontation.

"We do have a long list of improvements we would like to see, because currently our mental health safety net is fragmented," Nelson said. "We have a ways to go in building an excellent mental health system, but that doesn't mean there's nothing someone can do."