Harding High School SRO on school shootings: 'I think about it almost every day'

Officer Mark McGinn is one of seven school resource officers in St. Paul. 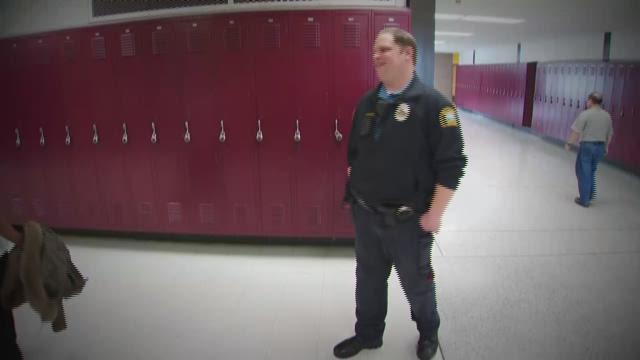 All of those are secondary job requirements, sadly, to the primary reason he is there.

“For me, the number one thing is to keep the school safe,” Officer McGinn said.

The fact is, since the tragedy of Columbine High School to the horror of what happened at Marjory Stoneman Douglas last month, the job of a school resource officer is one that can change.

And so, he's gone through live drills in these hallways by himself.

“As soon as I became an SRO yes, I think about it almost every day, and you think you build these relationships with the students and you have to be prepared to go after a threat.”

Everyday thinking, build relationships and be aware. Humanize yourself as a police officer, and, know how to keep nearly 1,900 students away from the shooter.

Officer McGinn is one of seven school resource officers in St. Paul.

His job is one that Congress, the President and the public at large are debating as to what it entails. But he says he pays it no mind fulfilling his two roles in Harding’s crowded hallways.

That of a peacemaker. And that of a possible, defender.