Hate speech is finding kids online, even if they're not looking

Kids are exposed to hate speech in video games, memes and social media, and it can be devastating for the ones targeted. But experts tell KARE 11 it can have a negative impact on any teen’s brain as they try to develop their values. 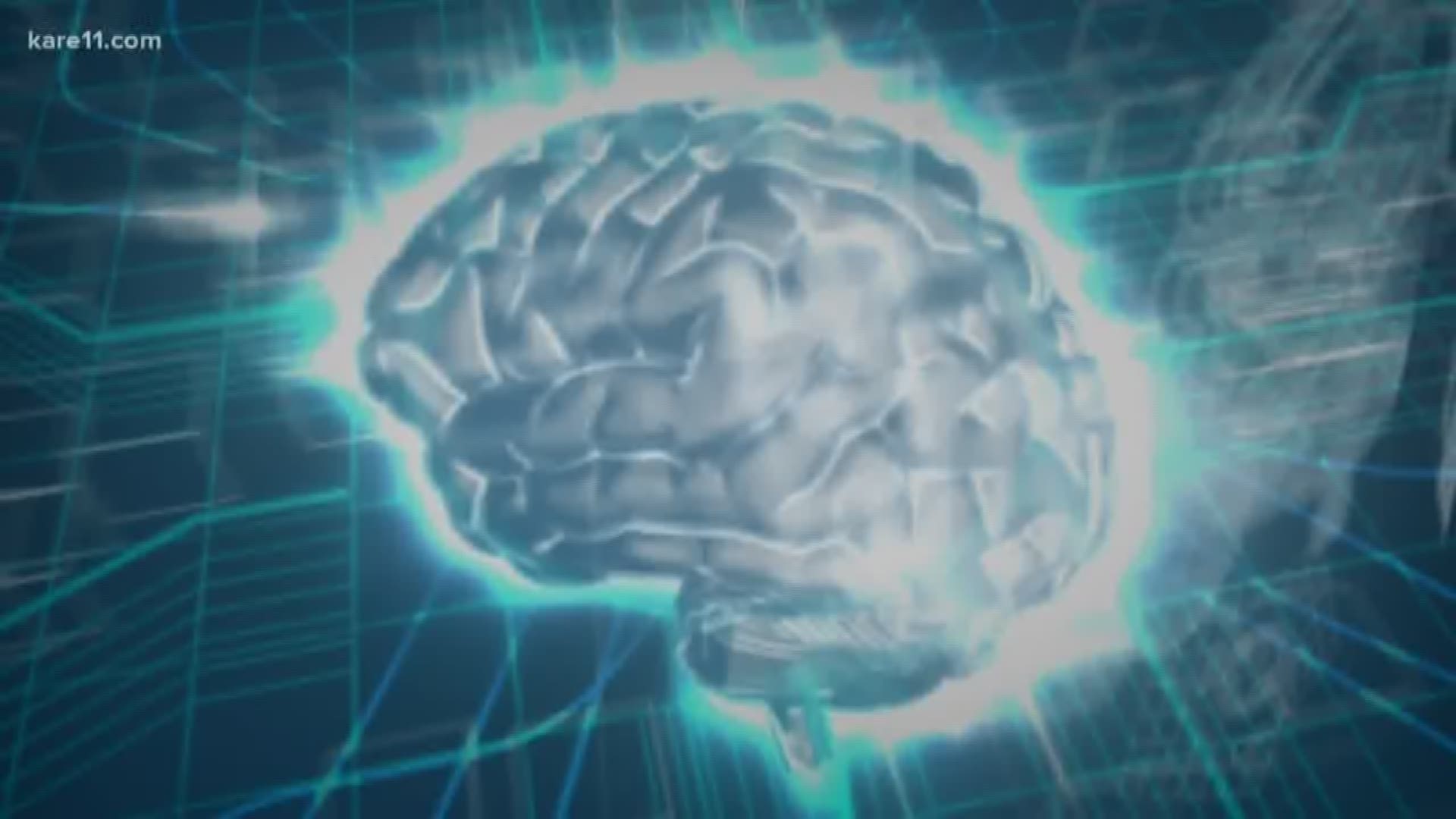 MINNEAPOLIS — We try to raise our kids to be good people - to love and accept others and not bully.

However, experts say parents would be shocked by how much hate speech our kids encounter on a daily basis. It infiltrates their lives through memes, YouTube comments, gaming and social media – and the results can be devastating.

Growing up in Greater Minnesota, high school student Clint Peterson struggled to accept who he was.

“A lot of nights I would cry and I would beg to God please don’t make me gay,” Clint said.

His struggle made even harder by messages of homophobia and hate he heard and saw nearly every day, at home, at school and online.

Social media made it even worse.

“I did receive hate through that, calling me homophobic names,” he explained. “When they do call you gay it’s very negative.”

The constant barrage of negative messages and his own fears about acceptance took their toll. 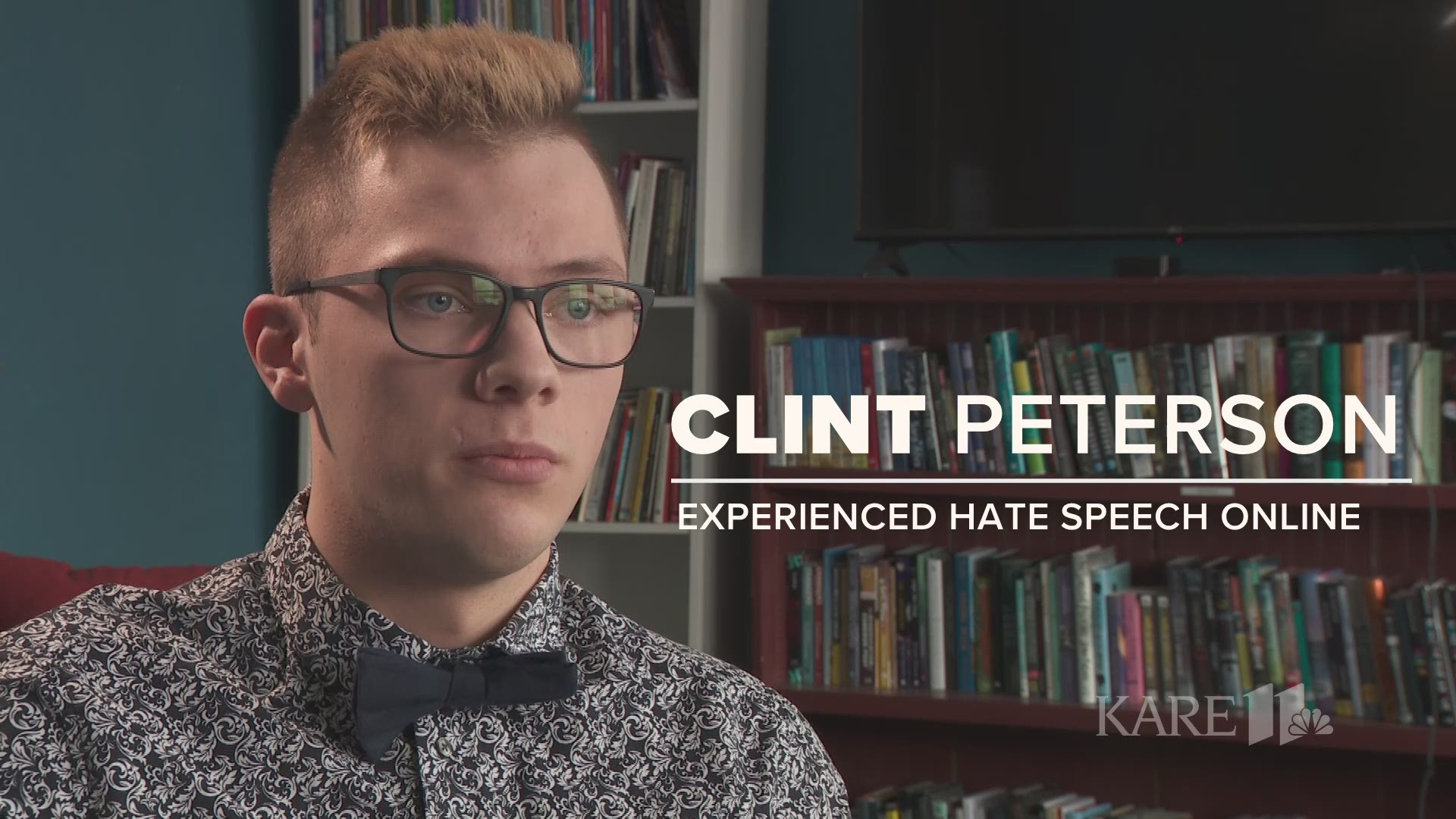 For Clint, the messages and their impact were extreme, but online hate speech isn’t a problem that faces only LGBT youth. Racist, homophobic and anti-Semitic content is all over the internet, and your kids don’t have to seek it out. Experts say it finds them.

“Kids will see hate speech all over the internet,” said Caroline Knorr of the think tank Common Sense Media.

“It is super common, it is super common in gaming,” she explains. “There’s memes that kids are really into and a lot of memes are just sort of grounded in negativity toward others.”

“Kids are exposed to this almost casual hate speech online,” she said.

Still, she believes parents would be shocked by the frequency and intensity of the images.

For the kids who are bullied, they can be relentless. For those who see or hear the hateful messages, it can impact their world view.

“They may be playing online video games," said Dr. Goepferd. "They may be searching a social media feed. They may be viewing YouTube videos and they happen to see something in the comments."

Dr. Goepferd says because of how a pre-teen or teenage brain is wired, even subtle messages of hate stick.

“They’re really trying to form their identity and their values,” she said. “So they’re sort of set up in a way to be more vulnerable to the influences of something like hate speech.”

So what can parents do?  Experts say it’s important to share your values. Talk to your kids about the effects of hate speech.

As for Clint, he has come a long way in accepting himself and blocking out the hate. He works with OutFront to advocate for other LGBT kids, and he’s doing his part to combat hate online by filling the internet with love instead.

“I work with three other people with an Instagram account @love_heals_the_world, along with sorting messages through YouTube to really get out there to LGBT youth throughout the world to really let them know it is okay,” he said.

Women busted with 16.5 lbs of meth, child found in car